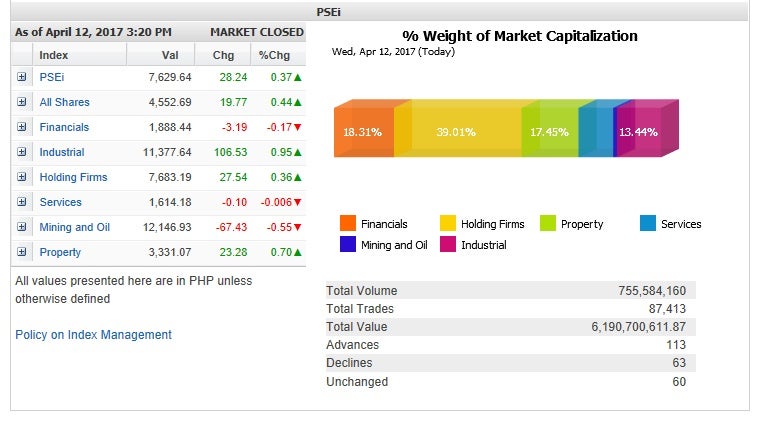 Sub-sectors closed mixed, with gaining indices led by industrial, up 0.94 percent, followed by property, up 0.7 percent, and holding firms, up 0.36 percent.

Losers were led by mining and oil, down 0.55 percent, as well as financials and services, with a 0.17 percent and 0.01 percent drop,
respectively.

SM Investments Corp. led the most actively traded players for the session, declining 0.55 percent to P719 per share.