Nearly 20 companies are in contention for the archipelago’s most prestigious industry awards for real estate excellence, including last year’s top winners
01:54 PM April 12, 2017 The complete 2017 shortlist for the fifth annual PropertyGuru Philippines Property Awards has been announced, featuring previous winners and up-and-coming developers from Luzon, Visayas and Mindanao.

Spanning the residential, commercial and design sectors, the final shortlist is led by 2016 Best Developer winner Megaworld Corporation, which is known for pioneering the integrated urban township concept in the country.

Presented by title sponsor Kohler, this year’s competition could become another landmark event for the celebrated developer as it collects a total of 25 official nominations, more than any other company. Megaworld projects are competing against each other in various categories, including Best Luxury Condo Development and Best High End Condo Development for Metro Manila, Best Retail Development, and Best Residential Architectural Design. 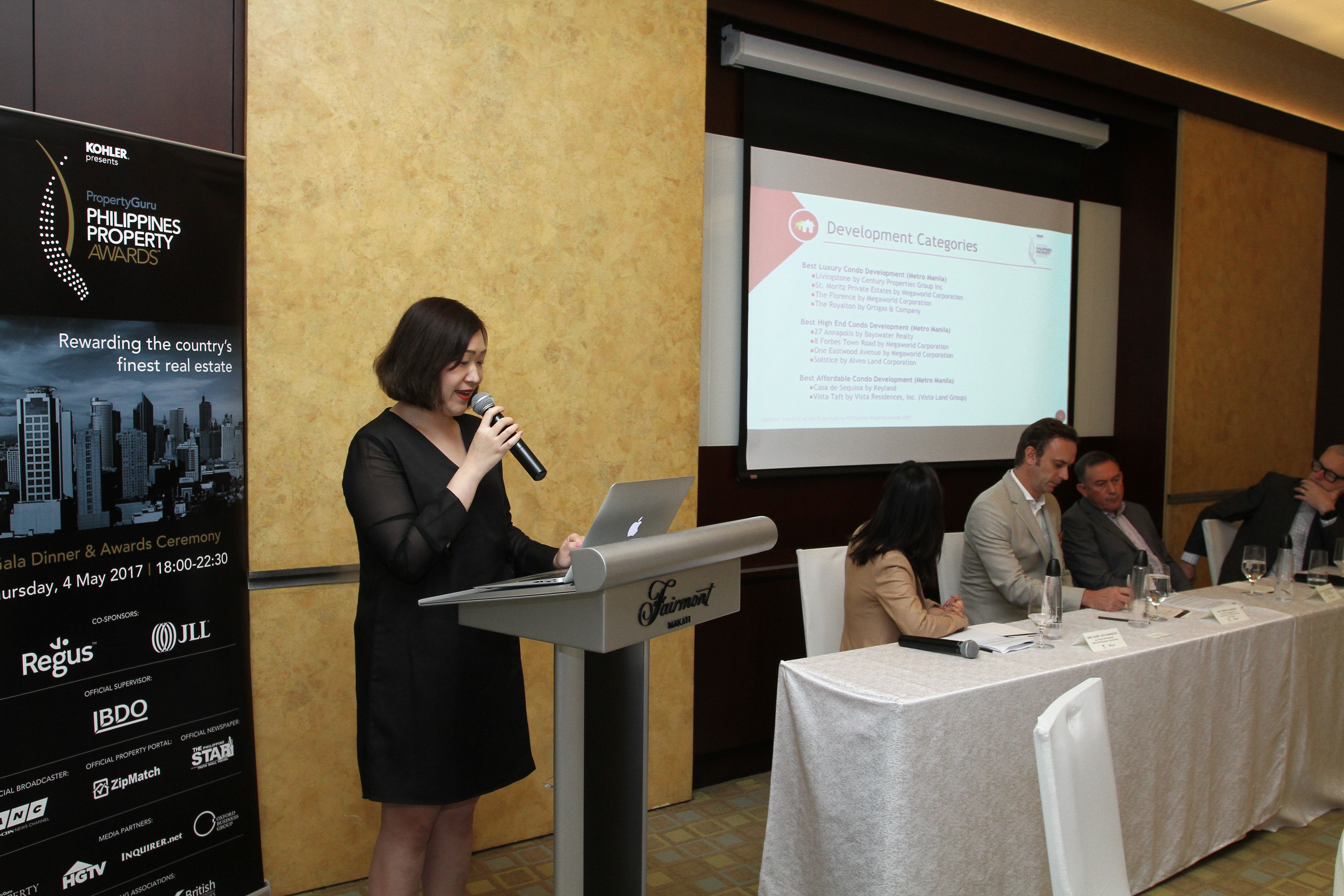 Megaworld Corporation leads the nominations with 25 appearances in the official shortlist of nominees for the 5th PropertyGuru Philippines Property Awards, presented by Kohler

Developers Robinsons Land Corporation and ArthaLand are joined by The Philippine American Life and General Insurance Company (Philam Life) in second place with five nods each. Philam Life, currently the largest insurance firm in the country, made the cut after entering its long-awaited office building located in Cebu Business Park.

When the company launched its project more than three years ago, they said it would be one of the tallest towers in Metro Cebu. The company plans to make the office building, which has been nominated for Best BPO Office Development, its headquarters in central Philippines.

With a very strong business process outsourcing (BPO) industry, modern office buildings are in high demand not just in Metro Manila. Lindsay J. Orr, chairman of JLL Philippines and head judge of the Philippines Property Awards, believes that the sector will continue to flourish despite recent plans to levy exorbitant taxes on US-based outsourcing firms that conduct business in the country.

“My take on it is that those BPO contracts with the US will still be honoured. Doors are also opening to China and Russia. I look at it more as an opening up of a relationship to other countries,” he said. 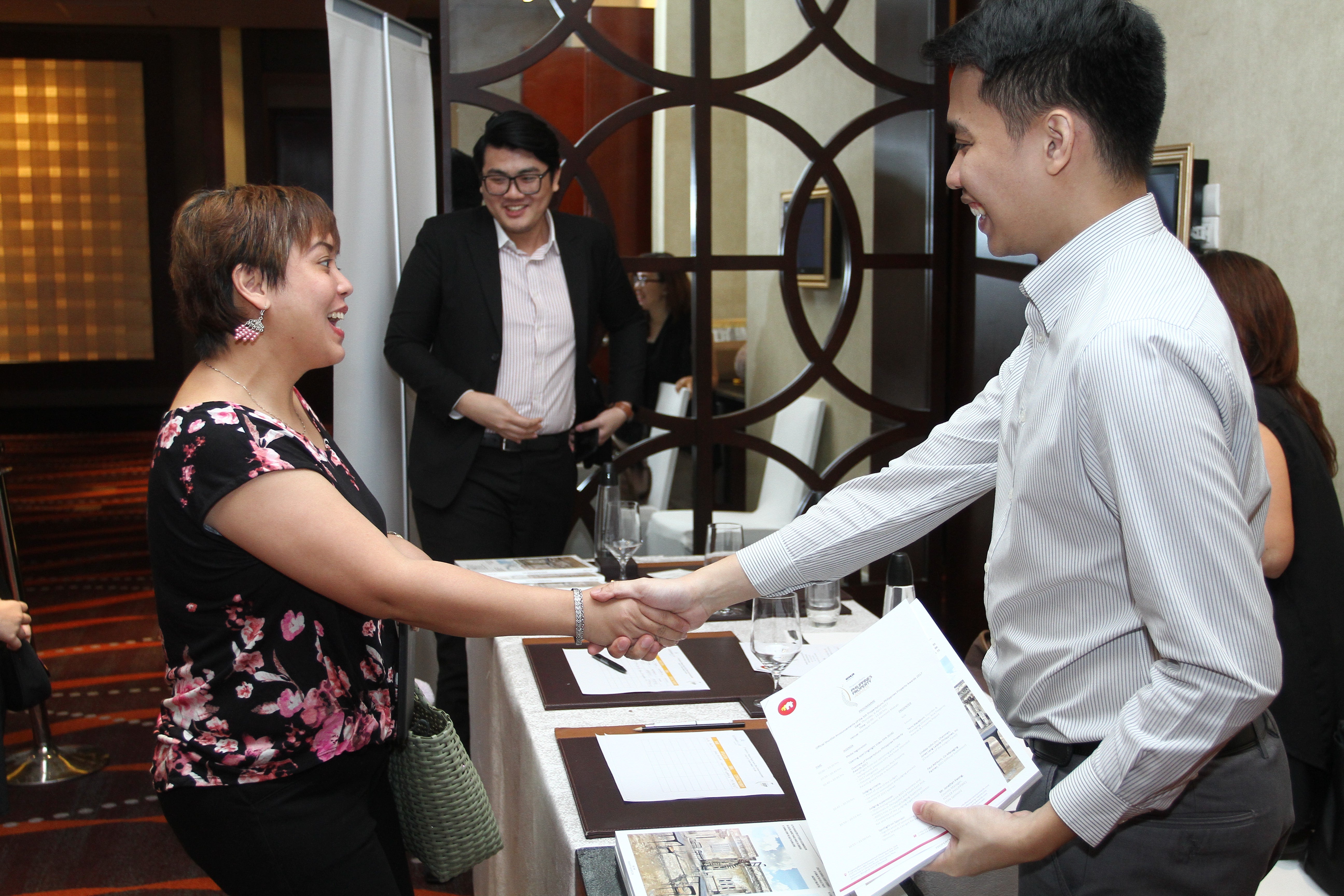 The fifth edition of Awards is also opening doors to new categories in the expanded 2017 programme. For the first time, the panel of judges will honour developments that incorporate universal design elements. 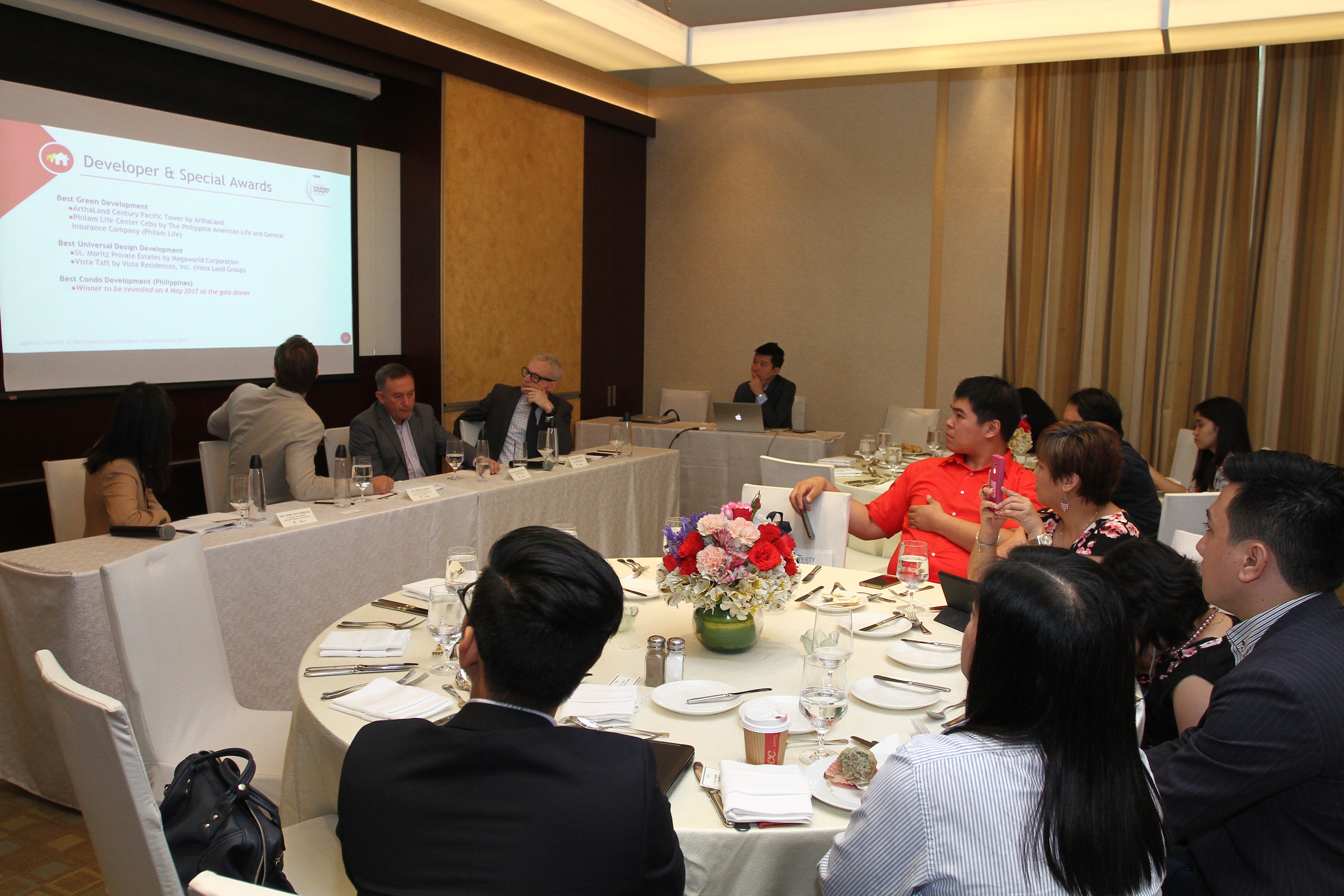 “Universal Design is the design of a built environment that can be accessed, understood and used to the greatest extent possible by all people regardless of their age, size, ability or disability,” explained Terry Blackburn, founder and managing director of the PropertyGuru Asia Property Awards. “We are proud to recognise it alongside longstanding awards for corporate social responsibility (CSR) and sustainable development as part of PropertyGuru Group’s own CSR mission.”

“With the commercial real estate and condominium segments in the Philippines flourishing, we believe it’s time to reward the developers who put consumers first,” he added. “Their projects exhibit dedication and excellence in real estate for which the Awards stand.”

A total of 89 entries were received this year, following a six-month nomination and judging process supervised by BDO, one of the world’s largest accountancy and auditing firms.

Winners will be revealed at a black-tie gala dinner and awards presentation ceremony on Thursday, 4 May 2017, at the Fairmont Makati, were about 300 of the country’s top industry executives will be in attendance, including the evening’s guest of honour, Department of Tourism Secretary Wanda Corazon T. Teo, who will be giving the opening keynote address and discuss the impact of the country’s tourism sector on the rapidly-growing real estate market. 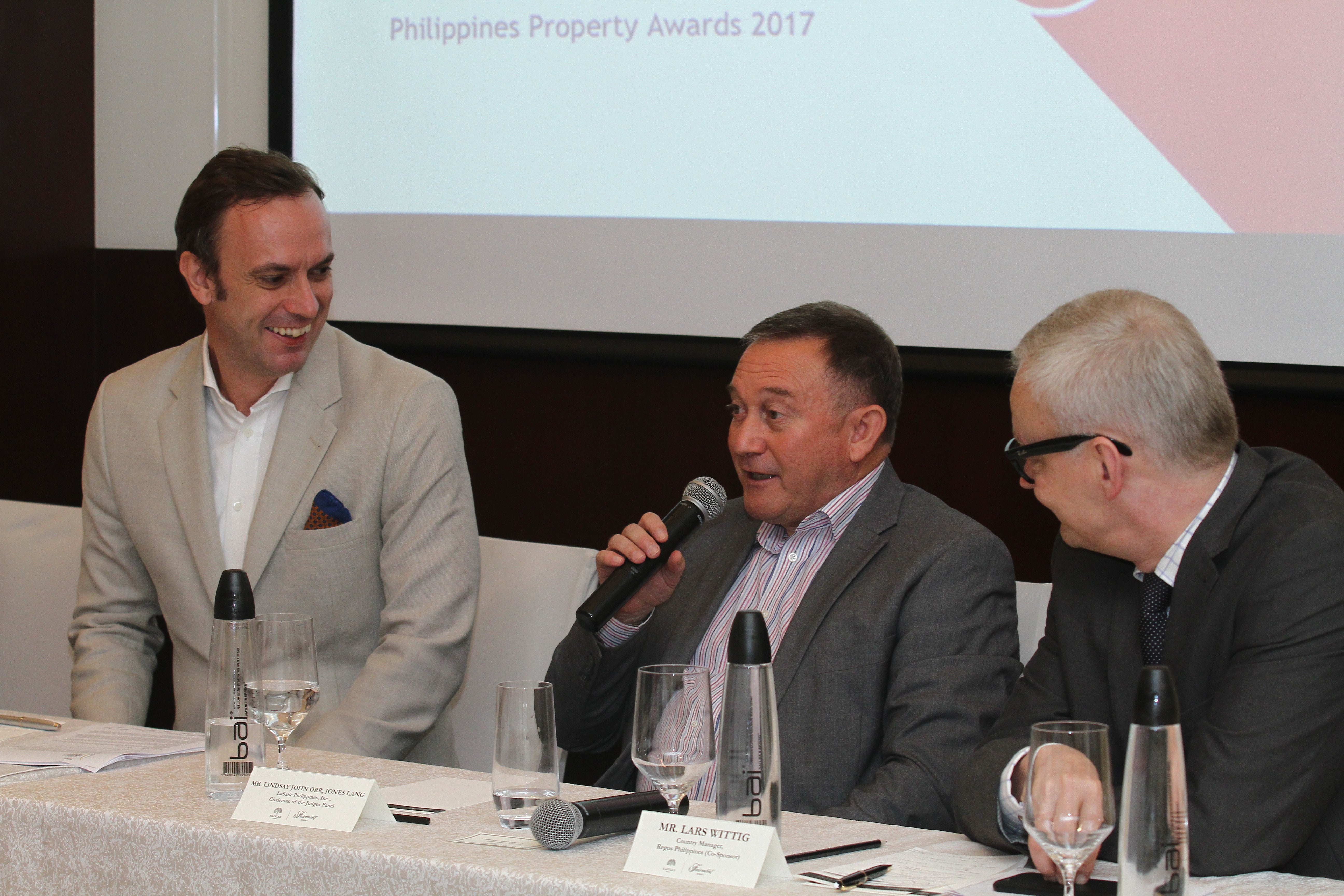 During the gala dinner, a special award will be also be presented to Robinsons Land Corporation president Frederick D. Go, who has been chosen by the editors of Property Report magazine as the 2017 Philippines Real Estate Personality of the Year for “leading the company that transforms people’s dreams into reality through real estate projects that last generations.”

“We want to leave a legacy of having improved the quality of life of everyone we have touched in our businesses, whether they are a mall customer or partner, an occupant in our office buildings, a hotel guest or a homeowner,” Go said on behalf of his firm. “We are building the business of building dreams and making life better.”

Main competition category country winners in the Philippines will advance to the two-day PropertyGuru Asia Property Awards grand finale this November at the Sands Expo and Convention Center in Singapore to compete for more regional accolades and to be crowned “the best in Asia”. 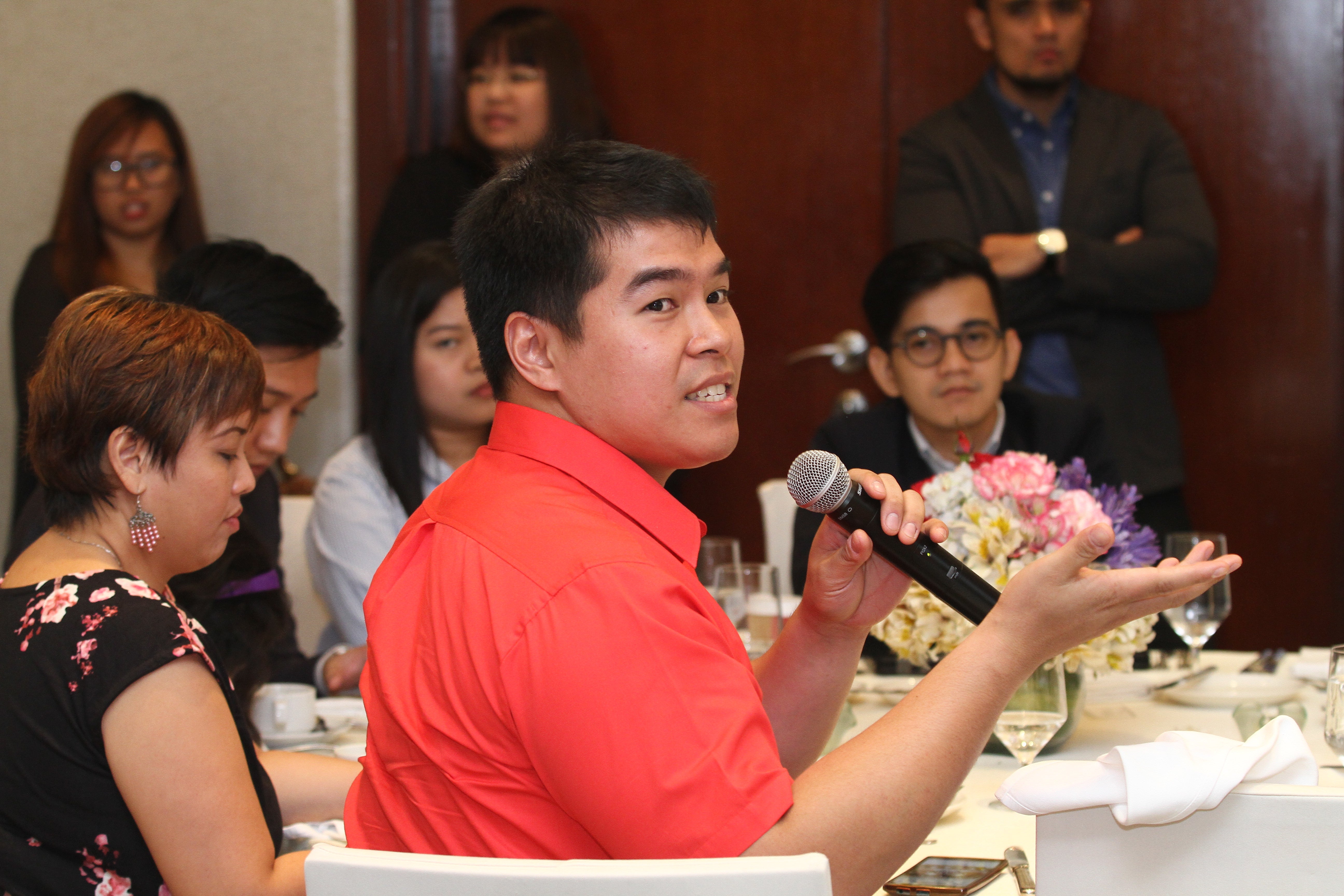 Reporters in Manila react to the full shortlist announcement of the 5th PropertyGuru Philippines Property Awards, presented by Kohler

Hari V. Krishnan, CEO of PropertyGuru Group, said: “Congratulations to the developers who made the shortlist of the PropertyGuru Philippines Property Awards. We’re excited to learn about the impressive projects across different segments, including the rapidly-growing office sector. This generation of young and tech-savvy real estate consumers, many of whom are thinking of buying or renting their first property in the Philippines, will be more equipped to make confident and informed property decisions based on the results of this year’s competition.”

BEST OF THE BEST

Real Estate Personality of the Year

Robredo: Edsa is proof that strongman rule will not succeed