The ‘most feared’ man who helped build MVP’s empire 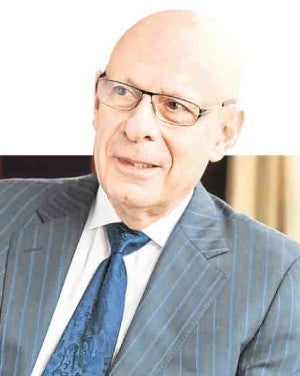 When I first came to Asia to join the board of First Pacific, my understanding was it would likely be a three-to-five year assignment,” says Edward A. Tortorici, over a Filipino lunch of stewed pork, vegetables and rice.
“I think it’s now been close to 35 years,” he says, laughing.

“EAT” as he’s known across the First Pacific landscape, or simply “Ed” to close associates and friends, is looking back on a career and a life as an influencer in the development of many of Southeast Asia’s renowned companies.

He explains: “It was just my style to work in the background. I’ve always been effective there. Moreover, Manny is the founder of First Pacific. It was his vision and direction that led the group’s successful investments over three decades. All who work with him deeply respect that.”

“When I first met Ed, he told me he was a plumber—opening up clogged corporate pipes in search of opportunities.”

“But over time, what I really learned about this man was that he had a unique talent to see through layers upon layers of complexity, and to deliver his thoughts in a straightforward and honest manner. In doing so, he empowers organizations to be more effective, productive and customer-centric.”

Tortorici was born in Brooklyn in 1939, the year that introduced the culture-shaping New York City World’s Fair. He went to a local public school where he met a striking blond, Anita Rauer, who eventually became his high school, college and forever sweetheart.

Married for 57 years (and Rauer establishing herself as a well-known artist having held shows in Manila, Hong Kong, Europe and the US), theirs is a partnership of respect.

It’s a foundation built on love that enabled Tortorici to pursue a business career across the globe.

With degrees from New York University and Connecticut’s Fairfield University, Tortorici went on to serve in companies such as Crocker Bank, Olivetti and Fairchild Semiconductor.

Then on an assignment for San Francisco-based bank Hibernia, then owned by First Pacific Holdings (precursor to today’s First Pacific Company Limited), he met Pangilinan.

“First Pacific owned Hibernia, which in turn owned the largest Asian American-focused bank, United Savings. I was impressed meeting Manny. He was an impressive man even then. After helping Manny sell Hibernia to another one of my clients, he invited me to join the board of his Hong Kong investment company,” says Tortorici.

That’s where his Asian journey started.

During the 1980s, First Pacific was the first Southeast Asian investment firm run on western management and governance principles. From banks in California to a Dutch trading conglomerate, telephone companies and department stores in Hong Kong, as well as a technology company in Australia, First Pacific was always on the hunt, seeking bigger and more complex transactions. 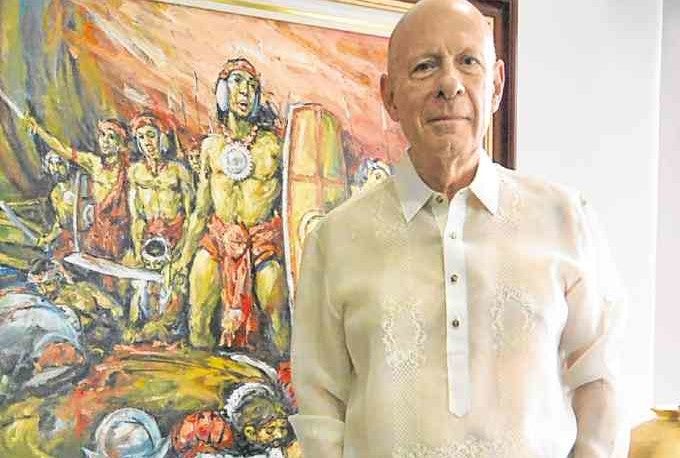 A PH defender: Tortorici looks back on a 35-year Asian adventure at First Pacific.

“It was a heady time to be sure, a really interesting one. In the 1980s, Southeast Asia was just beginning to come into its own. The Cold War was winding down and China just opening up. We did deals everywhere. We even owned a potato chip factory in China, briefly,” Tortorici recalls.

First Pacific would eventually divest its European and American assets and focus squarely on Asia. Today, its investments are in some of the bluest of blue chip companies across the Asia-Pacific region, including a few of the most well-known Filipino companies.

“We’ve built a portfolio of investments that positively touch almost every key aspect of the Filipino life. In each case [before] we made the original investment, service quality was poor. We had to invest a lot of energy and capital to ensure the companies better served their customers,” notes Tortorici.

“Who are the most important stakeholders of all? It’s the millions of consumers who use and benefit from our commitment to constantly improve service quality.”

First Pacific’s shareholders are not doing badly, either. In a message to shareholders, Pangilinan said the firm’s gross asset value had increased to $7.9 billion by March 2016. It had an annual compound growth rate of 17 percent in the last 13 years.

“Ed’s impatient, or kulit (stubborn), you might call it,” says Magsaysay-Ho, President and CEO of the Magsaysay Group of Companies. “When there are unnecessary obstacles blocking what he believes in, he moves to unblock them. It’s that simple.” 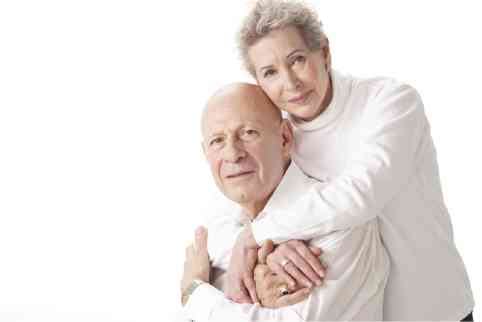 “As long as you’re on the straight and narrow path, and [you] work hard, you have nothing to fear with Ed,” says longtime friend, Luis “Buboy” J.L. Virata, chair and CEO of CLSA Exchange Capital.

“Ed’s no bullshitter and doesn’t tolerate [nonsense]. He also doesn’t tolerate nonperformance. But I have to underscore that his seemingly tough exterior is underpinned by the most sincere, old-school values.”

Virata also describes a kind of friend only a select few will be able to see.

“Ed’s family is originally from Sicily. My grandfather’s family is from Palermo. So I understand the passions that govern him. Ed’s self-made, like I am, and he’s worked hard his whole life for his family, wife, children and grandchildren. His values are the right values, the ones that truly endure,” he says.

Virata says the tough guy is also one of the greatest supporters of the Philippines.

Magsaysay-Ho concurs: “I witnessed Ed’s intensity and thoroughness up close when, as directors of Asia Society Philippines, his contribution as a trustee cannot be measured.”

She says Tortorici gave his time and energy to young people, helping the Philippines make a mark in the Asia21 Global Young Leaders Program.

Looking ahead and back

In his 35th year at First Pacific, Tortorici waxes neither nostalgic nor sentimental.

As he looks back on an amazing Asian adventure, Tortorici also looks ahead to bigger challenges and battles back in the US.

As member of the board of advisors of the Southeast Asia division of the Center for Strategic and International Studies (CSIS), a prestigious Washington D.C. think tank, Tortorici also served as commissioner for a special CSIS US-Asean strategy commission. The group developed a ministerial-level paper on the West Philippine Sea, which became the basis for US policymaking in recent years.

Tortorici’s commitment to a strong US-Asia relationship drives much of his current interest in fighting new battles.

“This is not a time for the United States to disengage from the world and turn inward. That’s a dangerous policy! We have a real fight on our hands now, to preserve our values and stand up for what I and so many know have made America great: Its internationalism, its commitment to the world, its democratic values,” Tortorici says.

He believes the nation’s democratic values are under attack and he can’t just seat back and relax.

“I’ll be in Washington D.C. soon for a CSIS board meeting and to discuss the nuts and bolts of how with key national players,” Tortorici says with conviction.

One area he wants to look into is gerrymandering. He explains, “There, Republicans have manipulated voting districts to the point where, in large swaths across the United States, it’s a veritable one-party rule. I also want to help the Democratic party rebuild.”

“In fact, the most striking impression I have of Ed is how he is as a husband. His courtship of Anita from their high school days and their love story sounds like the stuff of fairy tales, but it is a modern day fairy tale come true,” Libet says.

“The depth of their ‘happily ever after’ was so clear when I visited Anita in San Francisco in their apartment in October 2014 after her hip surgery. Her only caregiver was Ed. No helper, just him. The way he took care of her, waiting on her, preparing her meals, and helping her get up from bed when needed was truly amazing. I have to say that I don’t know many husbands who, after over 50 years of marriage, would have this unstinting devotion to their wives. Of course, it also reflects on how special a wife Anita is.”

Once circumspect, Tortorici has found an expansive mood as he looks back on a successful, long Asian chapter of his life.

“More than half my life has been spent in Asia,” he says. “I owned an apartment here in Manila, in Bonifacio Global City, for more than 15 years, and lived in Hong Kong before that, for 20. And I have a lifelong friend in Manny Pangilinan, who knows I will always be around for him, as with my many other friends here in the Philippines and Asia, whom I love and will never lose touch with.”

Content, Tortorici says: “You see, while I sometimes think that I’ve made a mark here, the fact is, it’s the Philippines and Asia that are imprinted upon me and which run in my family’s blood. It’s a great legacy I’m incredibly proud to carry, wherever my future lies.” —CONTRIBUTED

Duque: Better to stay NCR under Alert Level 2 for now