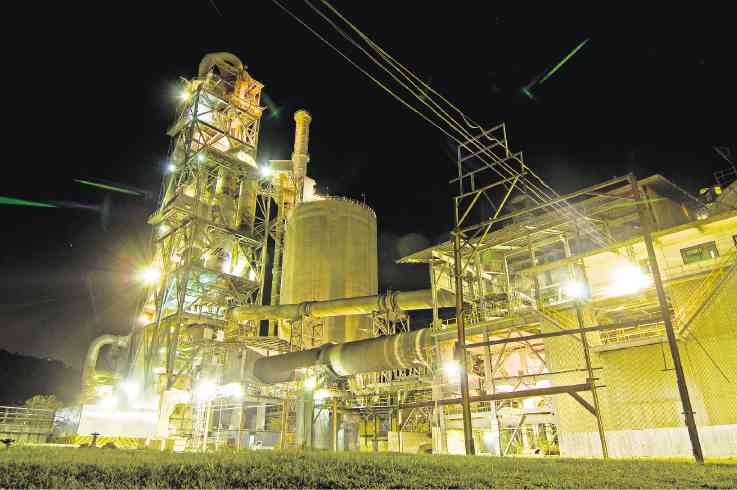 Ever since Ernesto Felix was a kid, he has been amazed by big construction machines like dump trucks, cranes and excavators.

Proud of his grandfather who built dams—six in six different states of Mexico—Felix had fond memories of spending time in his grandfather’s big backyard where all sorts of construction equipment were lying around.

“My grandfather loved tinkering with machines and he could fix and build anything. Seeing him set up these complex and large structures somehow inspired me to follow in his footsteps. Twenty years later, just six months after graduating, I joined Cemex, one of the world’s largest providers of building materials,” he said.

After a successful stint in Mexico and Egypt, Felix was transferred to the Philippines where he serves as Cemex vice president for operations and technology, a position he believed enables him to do bigger things just like his grandfather.

“Cement is one of the world’s most used materials and is a vital commodity to fast-growing economies like the Philippines. No other building material is as versatile and durable when it comes to building, houses, condo buildings, schools, hospitals, roads and expressways. Thus, demand for cement here is only expected to increase in the coming years,” said Felix.

He pointed out that cement is the essential ingredient in concrete which is vital for economic development. At the same time, cement production, an essential requirement for modern economies.

“This is why Cemex is taking on its role in nation-building by preparing for the future as a reliable supplier of building solutions as well as by helping in job generation. As a result, we have beefed up our annual capacity: 3.8 million tons for Apo Cement Plant in Cebu and 1.9 million tons for Solid Cement Plant in Antipolo City,” Felix reported.

For the Solid Cement Plant, Felix said the expansion project involved the construction of a new 1.5 million-ton integrated cement production line that will double the Antipolo plant’s capacity. This expansion came after Cemex inaugurated in 2015 its P3-billion finish mill in its Cebu plant, increasing its capacity to the current 1.5 million tons.

“Also in 2015, the company completed the construction of its new marine distribution terminals located in Manila, Iloilo, and Davao amounting to a total of P1 billion,” Felix said.

But while the need to produce more cement is necessary—Felix said the industry, especially Cemex, is not ignoring the implications, particularly, the need to reduce its carbon footprints.

This is because, modern cement production has not changed much since it was patented in 1867.

Nearly every aspect of cement production—from mining and transporting the raw materials, to heating them to over 1,400 degrees Celsius (often using fossil-based fuel) in a kiln, and the subsequent chemical process of turning limestone into small rocks of cement called clinker—releases huge amounts of carbon dioxide or CO2.

Felix believed Cemex Philippines is in the right direction when in 2012, the company partnered with Chinese Sinoma Energy Conservation to build a waste heat-to-energy (WHTE) facility.

The P800 million facility designed to capture excess heat to produce usable electricity was constructed at its plant in Antipolo City.

“Cemex Philippines is the first to do this and other facilities of the company elsewhere in the world are planning to replicate what we have done here. As a dynamic company, it is our duty to constantly improve the process of making cement and to present building solutions that serve the general interest. This project is one of many that solidify our commitment to sustainable development,” Felix said.