Why A House and lot 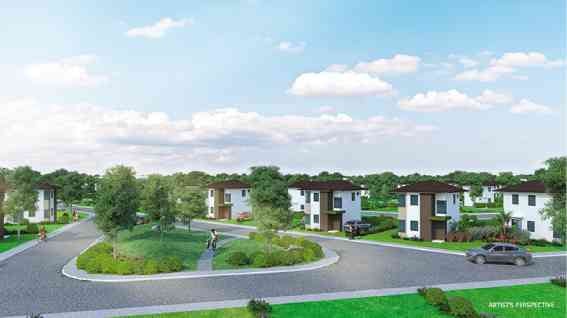 There is still a considerable segment of the market that prefers investing in the traditional house and lot package.

And for this segment, it makes more sense to choose a horizontal development, despite the proliferation of high rise residential condominiums across the country.

Why? Most common of the reasons raised by these group of buyers include being able to own the property, and having bigger spaces to move about.

And compared to buying just a lot, a house and lot package is said to be an easier, more practical option as you no longer have to worry about hiring contractors and architects as well as securing various permits, which could sometimes be a long and tedious process.

Some even opined that potential returns are more promising and lucrative if you were to go for a house and lot.

For one, the appreciation of land values is said to be faster when you buy a lot that already has a house built on it upon turnover. And on the practical side, having a house could also mean you can readily have the place rented out.

“House and lots are still popular especially in the provinces due to the availability of affordable units given the relatively cheaper developable land… Most overseas Filipino workers from the provinces also prefer a larger space for their families. They are willing to invest in houses with bigger space,” said Joey Roi Bondoc, research manager at Colliers International Philippines.

According to Bondoc, the house and lot segment appeals to the end-user market. And OFWs account for much of the take up, he added.
“Overall, the house and lot market particularly in major urban areas outside of the country’s capital should be propelled by sustained growth in OFW remittances, a portion of (which) will continue to finance the amortization of the OFWs’ properties as owning a house is every Filipino’s aspiration,” Bondoc added.

Growth potential in the South

Prof. Enrique Soriano, executive director at Wong + Bernstein Advisory Group, and program director for real estate at the Ateneo Graduate School of Business, disclosed that house and lot or horizontal developments still account for close to 76 percent of residential property purchases, while multi-unit or condo purchases comprise the remaining 24 percent.

“In the last 10 years, we have seen homebuyer preference leaning towards high rise residential developments in Metro Manila. However, the cities and municipalities located south of Metro Manila such as Cavite, Laguna, Batangas, Rizal and Quezon or Calabarzon have also seen a surge in horizontal developments in the past 20 years,” Soriano said.

He noted that the Calabarzon area has been a perennial target of development for both residential and commercial real estate by property firms.

At least 3,000 to 3,500 housing units, Soriano further claimed, are being sold every month in Metro Manila’s peripheral provinces and cities as growth potential for these areas continue to soar.

“The strong take up is mainly attributed to three demographic segments: the concentration of overseas working Filipinos are coming from the provinces; white to blue collar markets have migrated to these peripheral cities just outside of Metro Manila; and active retirees have likewise joined the increasing influx of new residents,” Soriano explained.

There are clear advantages offered by a house and lot package.

But whether or not this option is suitable for you and the needs of your family would depend largely on five key variables, namely demographic; lifestyle preference; size of the family; investment consideration; and asset utilization, Soriano said.

Meanwhile, here are some of the benefits that can be had should you choose to invest in a house and lot, according to Soriano:

A house and lot, once fully paid for, is considered yours. No one can evict you from your place;

It’s a long-term investment that you can pass on to your children and grandchildren;

House and lots are a materialization of your hard earned money; and

There’s a rapid urbanization happening outside Metro Manila, and with the development of improved roads and highways, the provinces in which the house and lots are being put up have now been made even more accessible.
“However, horizontal developers must do more than just deliver basic expectations. It must rethink its strategy and offer more community based values, exceptional post delivery services and with strong emphasis on the core product. Only then will it be able to connect to these elusive and picky homebuyers,” Soriano added.

It is not surprising therefore to hear some of the country’s biggest property developers expanding their horizontal portfolio in the outskirts of the metro.

Company officials claimed even that land values during the launch of Avida Settings stood at P14,600 per sqm, and had risen to P15,800 per sqm in a short span of three months.

“We encourage more buyers to consider house-and-lot packages. In the long run, they come out as more convenient investments than just lots. They also gain more flexibility in customizing or expanding their properties in the future with less hassle,” said Avida AVP for project and strategic management group Herbert Herrero.