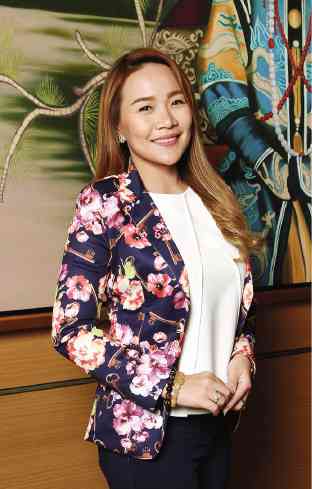 Place branding is anchored on the economic growth and planning of a locale. Catbalogan, Samar’s capital, is a shining example of how a city can promote itself just by its core values and resilience instead of its conventional tourist spots.
A relief hub after the onslaught of Supertyphoon “Yolanda,” Catbalogan is showing the world that a small city can do wonders.

Held at the city’s new 350-seater convention center, the conference attracted 136 foreign delegates from 20 countries and over 200 participants from all over the Philippines.

Catbalogan City Mayor Stephany Uy-Tan says the city funded the P8 million-event but was able to tap partners for sponsorships. Catbalogan is expected to earn P10 million in tourism revenues from the four-day event.

UCLG had encouraged her to make a bid to host the conference despite Catbalogan not being a first-class city.

“I was told that promoting is not about showing the beauty of the city, but about sharing our initiatives and advocacies and making a solid commitment. This conference is about connecting cities to each other so that other people could see how they could help,” says Tan.

Now on her second term, the 33-year-old mayor first showed her brand of tenacity when Yolanda struck in 2013. Catbalogan was initially predicted to be in the eye of the deadliest hurricane in history but it changed its course to Leyte.

“Catbalogan catered to all the needs of the region. We had to manage our supplies, and people came to us for food,” she recalls.

Since then, Tan has been asked to speak in several international conferences on climate change, disaster risk reduction and sustainable societies. When she spoke in conventions abroad, the audience would tell her how amazed they were at how a little city could be progressive in its programs on good governance, women and local economic development.

In effect, foreigners became curious about Catbalogan. “To promote our city, we didn’t have to advertise the places, although Samar is the Cave Capital of the Philippines and we have the best one, the Central Cave,” she says.

“Even if we are not rich, we are doing a lot to become a sustainable society. In terms of good governance in municipalities and cities in the Philippines, Catbalogan is ranked 46th, but we are no. 1 in the region. We try our best to make our governance inclusive, participative, and that the funds are maximized,” she adds.

She says the process of getting a business license is fast, making the city investor-friendly.

While women in developing economies are seen as vulnerable, members of the UCLG are also surprised to see a young and assertive mayor with equally powerful female constituents.

“The international arena will see that small cities matter. [But] in the long run, they will have problems like Metro Manila,” says Tan.

As Catbalogan gears for development, she says its main livelihood, fishing, can be threatened due to overfishing. The city and the private sector are building a marine park to balance the ecosystem and create fish farms, especially for the poor fishermen, she says.

During the conference, the city has also been active in selling places of interests. The events included a Governor’s Ball at Tia Anita’s, an ancestral home converted into an events place. Members of the local travel trade also showed off Samar’s destinations and facilities.

M Grande Royale, the city’s top resort, hosted a dinner highlighted by a program of cultural dances, including a presentation by Russian-trained, veteran danseur Odon Sabarre and his students. The Mayor’s Night was held at the poolside overlooking Maqueda Bay.

Visitors were also brought to famous spots such as the world’s most unique Rizal Monument, the 400-year-old Church of St. Bartholomew and the adjacent Pieta Park commemorating the 30th anniversary of the sinking of M.V. Doña Paz.

City branding does not need the conventional touristic pitch, she says.

“We can’t compete with the beautiful cities, but we can promote our stories on how to create a sustainable society. Because of this opportunity, we can then showcase our assets like the cuisine and the views,” the mayor adds. —CONTRIBUTED