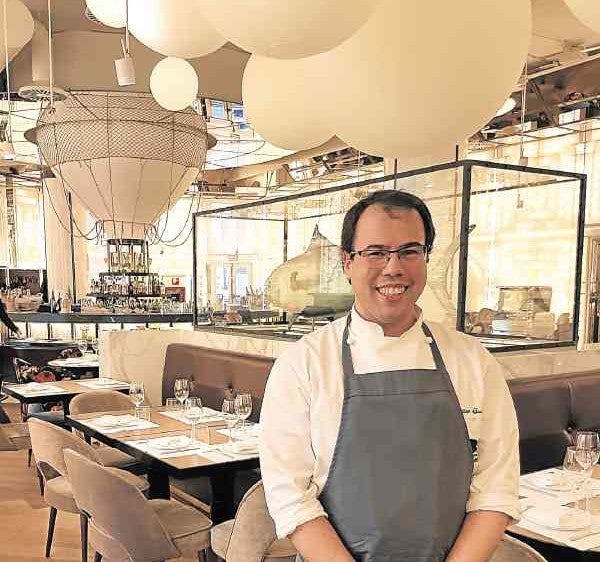 Summer has arrived in a hot huff. It is so hot, all I can think about is travel.

Dani Garcia is pure genius. His takeover of the New World Manila Bay Hotel kitchen in last year’s Madrid Fusion has been the best dinner of all, aside from the Malacañang dinner with then President Aquino personally welcoming Spanish chefs, since Madrid Fusion started.

By holding off on doing a “four hands” or “six hands” dinner, New World let the Dani Garcia light shine bright: from the creative welcome cocktails in a black room set up to present a Little Prince-themed installation art, to the amuse bouche presented in a room that through life-size video screens made you feel like you were by the shores of Marbella, to each mind-blowing course from his Restaurant Dani Garcia menu that was art without sacrificing the realities of dinner.

In Madrid, Dani Garcia has created a more casual experience for the hungry traveler. An Andalusian brasserie, it’s the kind of restaurant you can go to straight from the airport and not feel underdressed.

You are greeted by a big hot air balloon, a circular bar (with an awesome collection of whiskies), with a centerpiece “balloon” that goes almost all the way up to the ceiling. Tables are to the right of the main entrance, on each side of a giant tuna installation.

Nina Daza Puyat, my date on our visit, thanks to reservations through chef J Gamboa, was beaming when I arrived. From the menu to the toilet that has pipe music of birds chirping, every little detail was so well thought out, it would make any food editor or writer, let alone a food princess like Nina, giddy with delight.

“Oxtail is very traditional in the south,” shared chef Santi Guerrero, who was heading the kitchen when we visited. “Two years ago, Dani Garcia made limited edition burgers for McDonald’s called the McBibo. It was 50 percent burger, 50 percent steamed oxtail.”

It was Garcia’s way of reaching out to the masses, to make them experience the Dani Garcia touch.

“Not everybody can pay 180 euros for a tasting menu,” Guerrero explained. “This way, we were able to reach out to a lot more.”

The ceviche, meanwhile, gives locals a taste of how it’s done in Peru. “We use leche de tigre, the way they prepare it in Peru,” Guerrero explained. What seemed like simply spices was in fact from the lime juice plus vegetables and fish bone boiled with the actual fish.

There’s also a whole Ode to the Tuna: A raw tuna bar with tataki and tartar, as well as grilled tuna (it’s huge!). And, as casual as you can get, burgers and pizzas.

If you want a customized menu, though, there is a private dining space upstairs with a very high brow collection of wines. Until I can get a sip of their Chateau Margaux though, I would be very happy with a double shot of double wood at the hot air balloon bar. 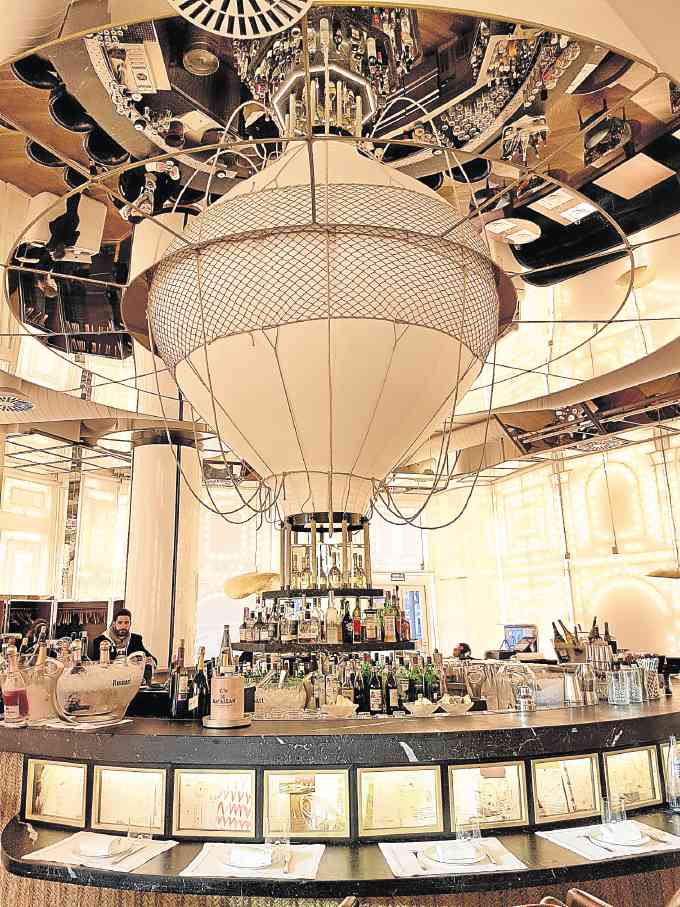 The bar at Bibo by Dani Garcia in Madrid 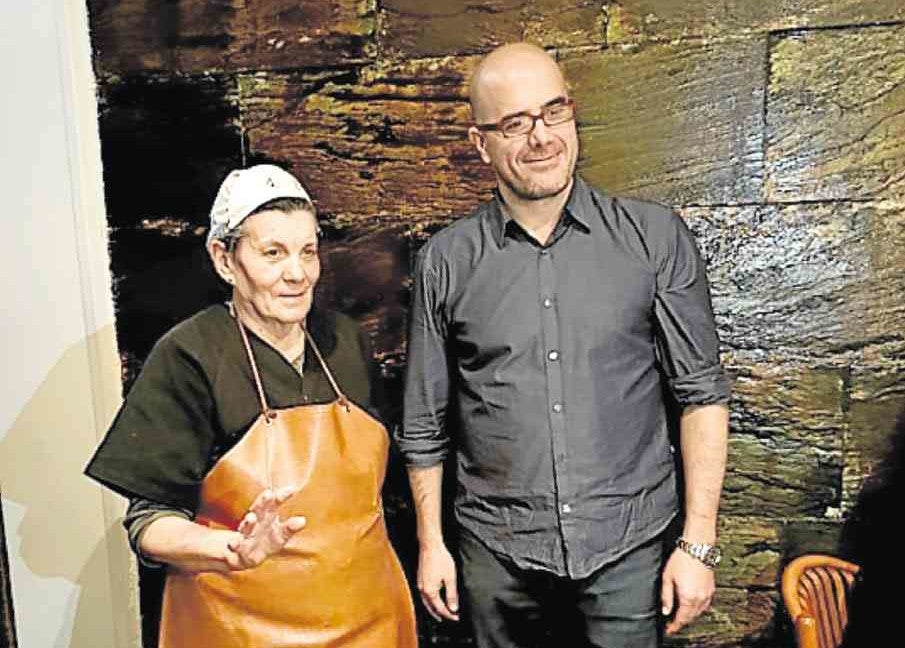 If you want classic Spanish cuisine, this is as classic as it can get.

We were brought here by the Department of Tourism’s charming Marites Ballester. The restaurant is owned by the family of Alberto Fernández and to our delight, no less than his mother, the 74-year old Doña Julia was cooking in the kitchen!

Truth be told, this was my favorite restaurant experience in Madrid, even if we had the privilege of experiencing some very, very fine dining at Michelin-starred restaurants. But I am a girl who grew up with lola’s cooking so I have a bias for Spanish comfort food and I was ecstatic to partake of anything that came out of Doña Julia’s kitchen.

She whet our appetites with sardines that was simply served in olive oil, but oh so sumptuous. The Angulas de Monte piqued our curiosity—what looked like angulas was in fact mushrooms. We were in awe of the beef tapa because we thought we were being served jamon but it was in fact dried beef from veal.

And I had a Ratatouille moment where I was transported back to days of lola’s awesome cooking when we were given a bonus course of callos. Dinner ended with a cheese flan that was so good we tried to ask Alberto for the recipe. We were so desperate for it that when he insisted it was a family secret, we tried to convince him to marry Marites just so that we would get in on the flan.

The conservative Marites sadly said “No,” so we will just have to return to Asturianos for that flan.

This is the restaurant where chefs—the best of the best—in Spain eat (the following day, Alberto interviewed a Japanese chef on the Madrid Fusion stage beside no less than Madrid Fusion founder Jose Carlos Capel). For all the artistry of modern Spanish cuisine, at the end of the day, you really want to come home to mama’s cooking.

Back in Manila, with the Madrid Fusion fever (it will run from April 6 to 8, visit madridfusionmanila.com on how to get tickets and participate) now running high, my passion project mission: Manila is back partnering with Raffles Makati for a dinner featuring chef Myke Tatung Sarthou on March 28, Tuesday.

Chef Tatung will be cooking up an 8-course menu of “Flavors from Across the Archipelago” (his title) with unique dishes like palapa of the Maranaos and tihi-tihi of the Tausugs. Dinner will also boast of beef from Kitayama, lobster from Lobster House Manila, cocktails from Destileria Limtuaco, and wines from Brett and Hazel Tolhurst of Wine Depot and Alex Ong and Rey Co of Artisan Cellar Door. For inquiries, contact 09175393937.