Lazada on mission to spur e-commerce 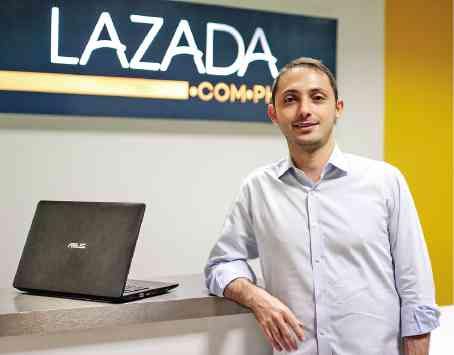 As Lazada celebrates its fifth year in the Philippines, the people behind Southeast Asia’s largest online marketplace are embarking on a mission: to make the country one of the “dominant players” in the global e-commerce industry.

Balci cited Taiwan as having the highest percentage of online retail sales at 18 percent; the Philippines, on the other, hand, is only at 1 to 2 percent. “Buying online is as easy as getting an account on Facebook; sometimes easier, because you don’t need an e-mail account for some websites. The Philippines can have a much higher [percentage of e-commerce] penetration than that of Taiwan,” Balci says.

Other factors also come into play when it comes to the Philippines’ strong potential in e-commerce, adds Balci. “The middle class is growing very fast; the economy is doing really well among other nations in Asia; there is a very young population; smartphone penetration is higher than any other country in Southeast Asia.”

As a treat to its customers, Lazada held a birthday sale last March 21-23. These kinds of events, says Balci, are also a form of investment for the company when it comes to addressing one of the three main challenges in the local ecommerce industry: general market size. Promos and special deals allow Lazada to attract new customers and further grow the business, says Balci.

The other two issues, he adds, are payments and logistics. To address the latter, the company formed its own logistics arm called Lazada Express. “That has, today, 70 percent coverage nationwide, and we are continuing to push it even more,” says Balci. “We are also looking toward improving the payments landscape. There is only about 5 percent credit-card penetration which makes it difficult to transact online, so Lazada was the first to launch nationwide cash on delivery. Not a lot of companies are doing this because it’s a costly way of doing business, but for us to grow, we need to invest.”

Lazada was initially established in the Philippines as an online retailer selling electronic goods.

The company then “pivoted” its business strategy in 2014, says Balci, shifting its model to an online marketplace, which was “one of the biggest accelerators” of its growth.

“Now our business model is a cross of retail marketplace and cross-border marketplace, which is similar to a local marketplace but the merchants are from other countries in the region,” Balci explains.

As Lazada and the country’s e-commerce industry continue to grow, so does competition—something which Balci welcomes with open arms.