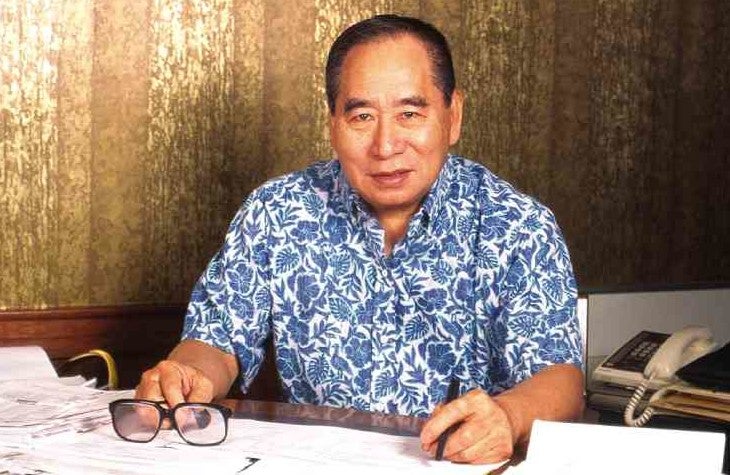 More Filipino tycoons, almost all of whom made their fortunes catering to the Philippines’ massive consumer market, earned their place among the richest individuals in the world, a global billionaires list compiled by Forbes Magazine showed.

The annual World’s Billionaires list, now on its 31st edition, again named SM Group founder Henry Sy Sr. as the Philippines’ richest man, with a fortune of $12.7 billion. This was more than double the wealth of the next Filipino on the list, John Gokongwei Jr.

Forbes’ list showed 14 Filipino tycoons with a fortune of at least $1 billion, versus 11 in 2016, indicating robust prosperity among the 1 percent as the Philippines posted among of the fastest economic gains in the region last year.

Forbes said 2,043 individuals were listed this year, up 13 percent from 1,810 billionaires in 2016. Combined, these individuals controlled fortunes valued at $7.67 trillion, also a record.

In the Philippines, the billionaires made their money mainly in traditional sources with a solid consumer footprint: food; drinks; property; and banking.

Bill Gates, founder of software giant Microsoft Corp, was named the world’s richest, with a fortune of $86 billion. He was followed by legendary investor Warren Buffet, with $75.6 billion and e-commerce giant Amazon founder Jeff Bezos, with $72.8 billion.

The third richest in the country is Lucio Tan, who is into spirits, banking, tobacco, real estate and the airline business, with a fortune of $3.7 billion.

Enrique Razon Jr., the only Filipino of Spanish descent among the top five, owns global ports operator International Container Services Inc. and Bloomberry Resorts and has a fortune of $3.4 billion.

David Consunji, with $3.1 billion, was a former concrete inspector before starting the construction company DMCI in 1954.

Tied as the 9th richest in the country are Robert Coyiuto Jr., head of Prudential Guarantee & Assurance, and former senator and Vista Land and Lifescapes Inc. founder Manuel Villar Jr., each with a fortune of $1.5 billion.

Ramon Ang, with a fortune of $1.4 billion, is president of SMC, a food and beverage giant that almost a decade ago diversified into infrastructure.

Ang is considered the “protégé” of Eduardo Cojuangco Jr., who is next on the list with a fortune of $1.2 billion, who remains the conglomerate’s chair.

Roberto Ongpin, who last year resigned from gaming cafe operator Philweb Corp. after being tagged as an “oligarch” by President Duterte, has nevertheless done well for himself.

Read Next
Bill Gates is world’s richest man again; Trump slips
EDITORS' PICK
What to expect as Metro Manila starts ‘no vaccination, no ride’ policy on Monday
Metro Manila’s daily COVID-19 growth rate drops to 2% — Octa Research
Over 3 Million worth of prizes to be won at Smart Padala’s SENDali Manalo Promo!
SMDC’s Bloom Residences: A master planned community that cares for your health and wellness
COVID-19 cases in PH pass 3.2 million mark with 37,154 new cases — DOH
Upsilon, Unilever give ‘real talk’ on climate change crisis
MOST READ
IATF protocols now apply to travelers who arrived on or before Jan. 13
‘Not my loss’: Did Kris Aquino just comment on her breakup with Mel Sarmiento?
Thailand records first Omicron death
Tito, Vic and Joey still not quitting, breaking trends as they celebrate 50th year in the biz
Don't miss out on the latest news and information.