In 2015, Iloilo City made headlines as one of the locations handpicked for a series of meetings for the Asia Pacific Economic Cooperation (Apec).

At that time, the Iloilo Convention Center (ICon) became the sole host for trade and finance officials, as well as business leaders from the Pacific Rim economies—all threshing out programs to boost the accession of micro, small, and medium sized enterprises to regional and global value chains.

Notably, the ICon was also one of the only two structures that were open at that time within the 72-hectare Iloilo Business Park—the other being the Richmonde Hotel Iloilo.

In less than two years, however, the Iloilo Business Park has undergone a massive transformation, made distinct with the completion of offices and the dining areas, while the construction of the mall, residential developments, the Marriott Hotel, and other commercial projects are well underway.

Real estate giant Megaworld Corp. has mapped out an impressive P35-billion capital outlay for this township—reportedly the single biggest investment made by a property firm in Iloilo. This was meant to position the Iloilo Business Park as the city’s central business district. 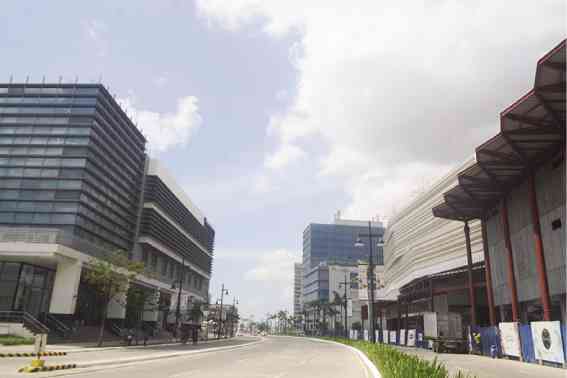 Megaworld has mapped out an impressive P35-billion capital outlay for its Iloilo township.

Jennifer Palmares-Fong, vice president for sales and marketing of the Iloilo Business Park, explained that they have been, so far, surprised with the overwhelming response of the Ilonggos to this project.

“We have already sold more than 80 percent of our commercial lots (out of the initial batch of lots offered). Megaworld is also planning to build 10 office towers for the business process outsourcing firms and right now, we have already built four towers,” Fong explained.

“We didn’t expect this response, even for our residential projects. We’re almost sold out in our six (residential) towers and within the year, we’re going to launch our seventh tower. We just started selling in 2014,” she further said.

According to Fong, most of the commercial lots they offered are expected to host boutique hotels, banks like UnionBank of the Philippines and Metropolitan Bank and Trust Co., and more restaurants, among other businesses.

Fong also pointed out that the reason why investors and prospective buyers are flocking to the Iloilo Business Park was that Megaworld provided Ilonggos with the right avenue to place their hard earned savings, thus jumpstarting the economic activities in the province.

This bodes well for the locators at the park, as they too are expected to significantly benefit from Iloilo’s strong middle class which has an equally strong purchasing power, and conducive business environment. 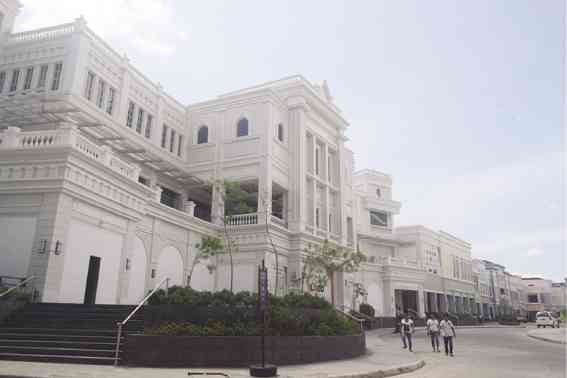 With the entry of Megaworld, people are looking forward to have a piece of this township.

Take the case of UnionBank, which is looking to build a regional headquarters at the Iloilo Business Park.

Genaro V. Lapez, executive vice president and head of center for strategic partnerships at UnionBank of the Philippines, explained that they are putting up a branch at the park as they are banking on the successful track record of Megaworld in building townships.

“Megaworld is the pioneer and leader in ‘live-work-play’ townships as evidenced by the continued success of Eastwood City, McKinley Hill and Lucky Chinatown to name a few. When we heard that they were developing the Iloilo Business Park, we were confident that this would be another ‘business and lifestyle hub’ success story,” Lapez said in an e-mail interview with the Inquirer.

“Also, with Iloilo Business Park’s focus on IT-BPO companies, this complements the bank’s thrust to service this vibrant and fast growing segment as well,” he added.

Lapez noted that as a regional headquarters, their Iloilo Business Park branch will be “bigger-than-normal” so that it can deliver a full-range of services as a universal bank.

It is also expected to complement its other branches in established centers such as Cebu.

What further makes locating there a more attractive proposition—apart from being able to tap more customers in the region—was the fact that the Iloilo Business Park’s location and its state-of-the-art telecommunications hook-ups enable it to become a 24/7 beehive of activity, according to Lapez.

“This further strengthens Iloilo as the springboard for fresh investments and development throughout Panay Island and even neighboring Negros. As these areas are growing faster than they did in the past, we feel that the timing is right to have a more dedicated focus here, anchored in our Iloilo Business Park site,” he added. 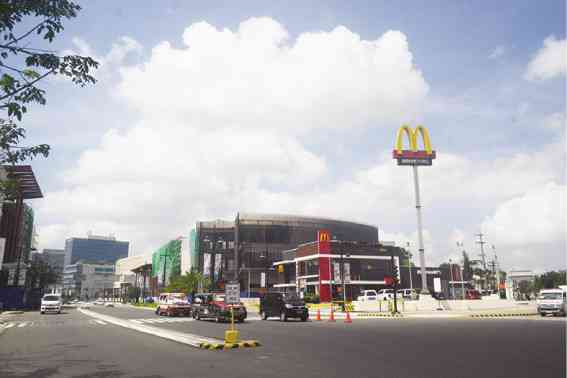 The Iloilo Business Park is proving to be a strong enabler.

This early, the Iloilo Business Park is proving to be a strong enabler—not only by boosting the provincial economy with influx of investments, but also by generating quality jobs that have paved the way for a “reverse migration” of the local talent pool.

“People are excited because the township concept here is something new. For the longest time, there has been a limited option for investments within Iloilo. But with the entry of Megaworld, people are looking forward to have a piece of this township. The Iloilo Business Park has become a model for progress,” Fong concluded.