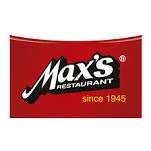 In a disclosure to the Philippine Stock Exchange on Wednesday, MGI said systemwide sales had gone up by 12 percent to P15.34 billion for the year, in turn supporting a 10-percent growth in revenues to P11.44 billion.

“We are fairly upbeat with our full year performance. We were able to successfully execute our strategies amidst a rapidly intensifying competitive environment. Overall, it was another productive year for us,” MGI president Robert Trota said.

The rollout of 77 new stores last year – including 16 overseas branches – brought MGI’s total network count to 623 branches. Its overseas footprint now consists of 49 outlets The group sees itself on track to build a network of 1,000 outlets, including 200 international stores, by 2020.

Cost of sales improved to 72.2 percent for 2016 from 72.6 percent in the previous year. The company said it had mitigated pricing headwinds from rising input components with lower logistics and utility expenses.

Cash flow as measured by earnings before interest, taxes, depreciation and amortization (EBITDA) ended the year at P1.47 billion.

MGI has budgeted around P750 million to P800 million in capital expenditure this year, largely for the rollout of another 60 to 70 new stores primarily among core brands Max’s Restaurant, Pancake House, Yellow Cab Pizza and Krispy Kreme.

On offshore business, MGI has a pipeline of over 140 overseas stores slated to open in the coming years. Last year, the MGI inked eight development agreements for at least 80 stores across various geographies. Among the notable markets penetrated for 2016 included Yellow Cab Pizza’s foray into China and Singapore.

“We remain bullish on the pace of our global business. Our focus this year is to boost recurring income by accelerating store development. Nonetheless, we shall constantly be on the lookout for fresh territories,” said Peter King, chief executive officer of Max’s Group International.

“We are confident in sustaining the same momentum moving into 2017. We firmly believe prevailing economic conditions will remain supportive of our business,“ Trota said.

Read Next
Pound stumbles on Brexit, Fed concerns
EDITORS' PICK
Marian Rivera partners with JC to boost public health awareness
Ang init! Dagupan sizzles at 52 degrees Celsius
Get a chance to win 5G smartphones with Smart Signature Plans
Esperon: ‘The master red-tagger is no other than Jose Maria Sison’
Tired of your Wi-Fi signal problems at home? Here’s a solution!
Mocking PH protests, China keeps 287 vessels in West Philippine Sea
MOST READ
Sharon Cuneta flies to LA to take some time off: ‘I need to breathe, collect myself’
Mocking PH protests, China keeps 287 vessels in West Philippine Sea
Trillanes to run for president in 2022 elections
Locsin tells Roque: Drop the subject, leave foreign affairs to me
Don't miss out on the latest news and information.