February inflation fastest in over 2 years 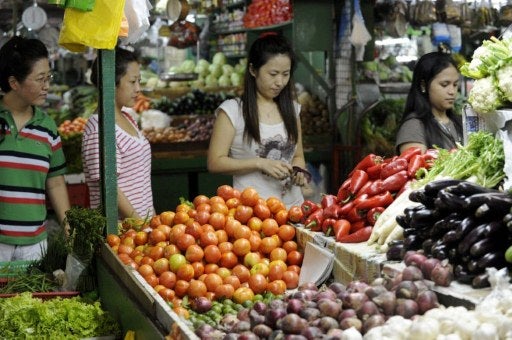 Inflation peaked to an over two-year high last month due to higher price increase in consumer goods, the National Economic and Development Authority (Neda) said on Tuesday.

Inflation in February rose to 3.3 percent from 2.7 percent in January. Monthly inflation steadied below three percent for 26 straight months.

“The inflation outlook for 2017 remains within the government’s target of 2.0 to 4.0 percent. However, risks to the inflation outlook appear to be tilted to the upside. This could drive inflation towards the higher end of the target,” said Socioeconomic Planning Secretary Ernesto Pernia in a statement.

“For meat products, the country’s temporary ban on poultry imports from South Korea, Germany, France, Netherlands, Czech Republic, and Kuwait in response to the Avian Flu outbreak may have contributed to the limited supply,” Neda said.

“In addition, the price increases of housing, water, electricity, gas, and other fuels drove the non-food subgroup inflation to 2.5 percent in February 2017 from last month’s 2.0 percent,” it added.

On the external side, Pernia said the risks to inflation included increase in the price of oil and the depreciation of peso. The Philippine peso closed at its weakest level in 10 years of 50.27 to $1.

Inflation rates in the last two years were below the annual target—a two-decade low of 1.4 percent in 2015 and 1.8 percent last year. JE