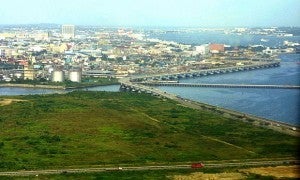 CEBU CITY — Cebu City Mayor Tomas Osmeña has assured Filinvest Land, Inc. (FLI) of a refund after it withdrew from a deal for the purchase of the 19.2-hectare lot at the South Road Properties (SRP).

FLI senior vice president for VisMin Tristan Las Marias made the announcement together with Osmeña during a press conference at the Mayor’s Office on Monday morning.

Las Marias said the city government failed to comply with their contract agreement which they signed together with SM Holdings Inc. and Ayala Land Inc. in June 2013.

“One of the reasons is that the city government failed to comply with our agreement such as giving us the titles of the property,” said Las Marias.

Osmeña, who earlier questioned the selling of the property done during the mayorship of Michael Rama, said he was happy that Filinvest decided to withdraw from the deal, as they would no longer have to go to court.

He assured Filinvest that the city would refund them of their payment.

Osmeña, however, declined to comment when asked if he would talk to the SM-Ayala consortium to see if they would withdraw their purchase of the property.

Meanwhile, Osmeña announced that the city government would also sell a 3-hectare property in SRP, located near the Filinvest’s Il Corso and City di Mare.

He said they would like to dispose of the property within the year to generate income for the city.

When asked if they were interested in buying it, Las Marias said they have been looking at it but have not decided yet.  SFM