Gatchalian scolds officials for delays in permits for power plants 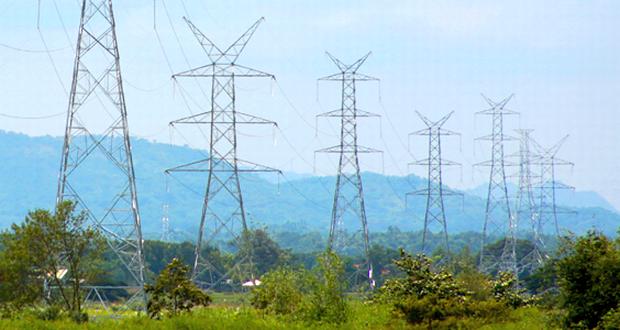 (Photo from the National Grid Corporation of the Philippines)

Sen. Sherwin Gatchalian has called for the elimination of red tape in the power sector to pave the way for the entry of new players, particularly renewable energy firms that can provide a a sustainable alternative towards increasing the country’s energy supply.

Gatchalian, chairman of the Senate committee on energy, also gave power sector officials a dressing down at a meeting of the Joint Congressional Power Commission (JCPC) held at the Senate on Thursday for “inaction “inaction in addressing unnecessary delays” in the approval of construction permits for new power plants.

The officials belong to the Energy Regulatory Commission (ERC) and the National Grid Corporation of the Philippines (NGCP).

“The elimination of red tape is probably a low hanging fruit that can deliver maximum results in the power sector,” Gatchalian told the Inquirer on Friday. “It will reduce the cost of power, improve competition, bring stability, and entice more foreign investments.”

He said the commission, the legislative body that oversees implementation of the 2001 Electric Power Industry Reform Act (Epira), had instructed the ERC to “exercise its powers to sanction entities [which] are causing undue delay in the application of power projects.”

“It is within the expressed powers of the ERC to penalize uncooperative entities,” Gatchalian said.

The lawmaker also cited the “extended time” that the NGCP used in conducting a grid impact study, a requirement for firms applying for construction permits for new power plants.

Gatchalian scoffed at the agency’s alibi that the delays were due to a “deluge” of applications from renewable energy developers.

“I find that unacceptable,” he told officials at the meeting. “There is a problem with the approval process and NGCP has to solve it. How can we lure investors and promote RE (renewable energy) and other sources of power to come in when there are unnecessary delays in the approval process?”

He also chided ERC Chairman Jose Vicente Salazar for failing to sanction NGCP for the delays. He ordered Salazar to submit to the JCPC his planned course of action.

“I want you to take a look into this issue,” Gatchalian told Salazar. “You are not exercising your powers and authority. You have to be more aggressive.”

“It is within the powers of the ERC to sanction and penalize NGCP for these delays,” he added.“ The lag in the approval process is affecting the supply of power here in our country and the ERC, the regulator of the energy industry, is not doing anything about it.”

In previous hearings, Gatchalian’s had tackled measures that could boost the country’s power supply in anticipation of a constantly increasing demand in the coming years.

The Senate energy committee has also looked into problems afflicting the Luzon Grid, which experienced outages last year due to maintenance shutdowns and other issues. /atm