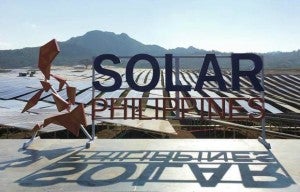 A 600-megawatt solar panel factory is set to start its operations in Santo Tomas, Batangas, marking the first time that solar panels will be produced by a Philippine-owned company.

Solar Philippines said the factory will generate about 1,000 jobs and use high-end German equipment and high-efficiency Taiwanese cells.

In a statement, Solar Philippines President Leandro Leviste said the country can save P50 billion to P100 billion yearly once it can be demonstrated that solar with batteries can provide reliable power 24/7.

“Vertical integration is the key to making solar cost-competitive, as in other countries, where solar is already cheaper than coal and especially natural gas,” Leviste said.

“We encourage other power companies to join this transition into a solar-powered future, which represents a historic opportunity for the Philippine power industry to remake our generation infrastructure and accelerate the advent of sustainable energy worldwide,” he added.

Solar Philippines said it will announce a partnership with a leading global solar manufacturer in time to support the company’s 2017 projects, including a 50-MW panel in Batangas and Cavite, which will supply Meralco under a recently signed agreement, and a 150-MW panel in Tarlac, the country’s first battery-equipped solar farm to supply power at rates lower than fossil fuel. /atm