Principle of the sting 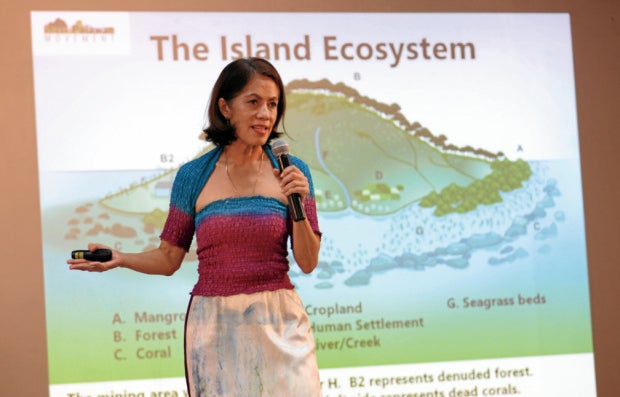 It was not the money, according to Environment Secretary Regina Paz Lopez, who belongs to the rich Lopez group, and it was the principle of the thing.

She raised the matter of “principles” last week when she held a full press conference for her decision to close down 23 large-scale mines.

Her reason: They ruined what she called “functional” watersheds.

By the way, according to Department of Environment and Natural Resources (DENR) insiders, there were no such animals as “functional” watersheds in environment laws and even in DENR rules, which were rather specific on “protected” and “proclaimed” watersheds.

Regarding her principles, Lopez carried to her new job as regulator, being the watchdog of the environment, the same “principles” that she espoused in her antimining advocacy back in the private sector.

Moreover, she then refused to release the famous audit of the entire mining industry, done by the technical and science guys at MGB, the Mines and Geosciences Bureau, which should be the basis of her decision.

All hell broke loose! The mining companies demanded a copy of the MGB audit that Lopez guarded as top state secret.

Media also went on a field day on the immeasurable effects of the closure, such as the plight of tens of thousands that would lose their jobs and livelihood.

The Department of Finance itself revealed that the government would lose more than P650 million in direct revenue from the Lopez decree.

The mining industry nevertheless offered much darker figures: More than P20 billion in taxes would be lost, not to mention the loss of some P70 billion in production value, affecting some 1.2 million workers.

Let just say that, according to the mining sector, the closure order would be a painful fatal sting to the whole country.

To me, however, the noise about the loss of economic benefits and such would be precisely just that—all noise.

If the mining companies violated the rules of the DENR, thus destroying the environment, no amount of foregone government revenues would justify their crime.

Neither could any number of jobs that they created in the mine sites wash away their sins.

That was perhaps what Lopez meant when she talked about her decision not being about money but the principle of the thing.

But why could she not just give out the freaking audit?

She only armed her detractors with a valid issue: her disregard of the much sought-after Freedom of Information executive order of her own boss, the motor-biking Duterte Harley.

Well, the report by MGB would clear up the real basis for her closure order, particularly since word already went around that the MGB did not actually recommend outright closure.

In fact, the MGB wanted to impose stiff fines on the erring mines or even to punish them further by repairing the damage that they had done.

Would the closure mean they could just simply get away with it?

Now, Lopez would not release the MGB report, apparently because she did not agree with its findings. She herself said it was contrary to what she saw during her visits to the mine sites.

Thus, in the cases of the 23 mines up for closure, she threw away the MGB audit! Yet she used the same audit to give passing marks to 12 other mining firms. She also ordered the suspension for five others, using the same audit. You know—selective and arbitrary!

And so with questions on lack of transparency or abuse of power in the Lopez order, the plight of millions who would suffer from the closure would become the biggest issue called injustice.

Still, it was said that mining companies really did not need any freaking report because they knew perfectly well what rules they were violating.

An academician, Caloy Arcilla, head of the UP Institute of Geological Sciences, provided a rather somber note, when he observed that only the MGB audit would verify whether or not the companies fulfilled their legal obligations.

There—it could not be done just by the ocular inspection by Lopez during her visits to the mines! There was some serious science involved in it!

He added that decisions made by people without adequate training would be “seriously misguided.” Well, even dangerous!