Developer bets big in the Year of the rooster 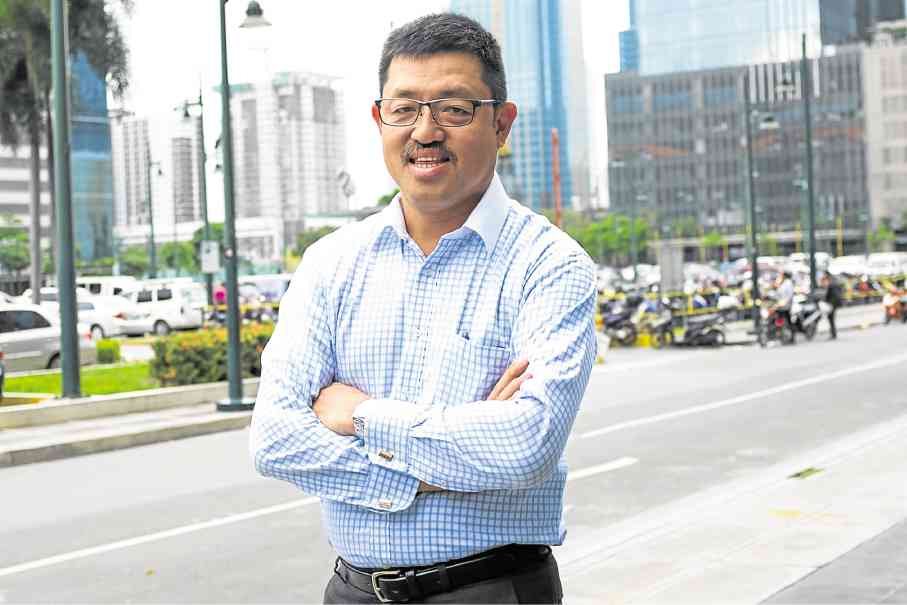 This year, Sta. Lucia Land Inc. is eyeing to go big: the property developer plans to raise as much as P9 billion, the most aggressive it has been over past four decades.

David M. Dela Cruz, executive vice president and chief financial officer of SLLI, disclosed that they are looking to raise up to P5 billion in debt to refinance some P3 billion worth of loans. Another P3 billion to P4 billion may be raised via a follow on offering this March.

By a measure, these numbers may not seem as astounding compared to what some of the local real estate players are raising in recent years. But it’s a pretty big deal for SLLI.

“Before, the family (behind SLLI) was prudent. They never exposed themselves to the capital market. They have been (taking out) secured bank borrowings but they never went out and issued retail bonds or even sold some shares to the public. But now, we are doing that. We just started that process four or five years ago,” Dela Cruz said in an interview. 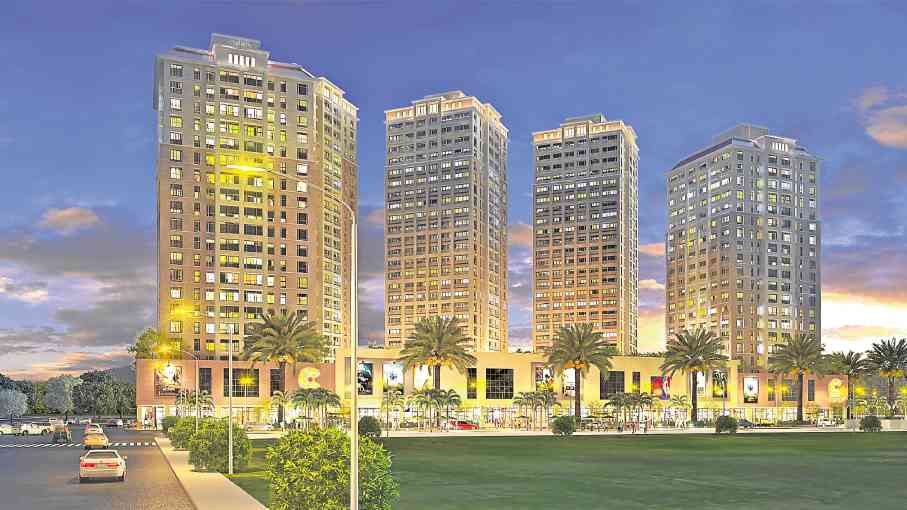 With an expanded portfolio of products, SLLI is hoping to attract more foreign investors.

Going to the capital markets to seek for funding has become a necessity, according to Dela Cruz, as this will enable SLLI to perform better in the highly competitive real estate space.

“Our competitors are raising money left and right, while SLLI never went to that route before. This is why the growth of the company—albeit successful—is not as tremendous as the others, as we never had access to a pool of money by issuing securities, both debt and equity,” he explained.

According to Dela Cruz, the company will initiate landbanking activities more aggressively; increase recurring income portfolio; and strengthen a new subsidiary, Sta. Lucia Homes, which is expected to provide a new revenue stream for SLLI.

“We need to protect our turf and start securing land as much as we can,” Dela Cruz said.

“Because of competition, we need to move fast. We’re in a subdivision market while all our major competitors are in the urban areas, putting up high rise projects. But one day, they will be moving to our market, which is mostly outside Metro Manila,” he further noted. 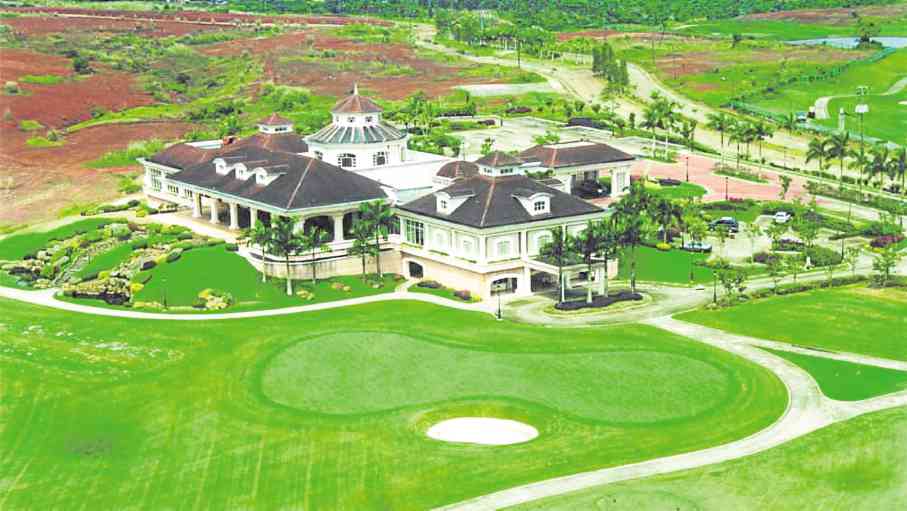 At present, SLLI has already developed some 10,000 hectares of land, which included its 14 golf courses.

Last year, SLLI bought some P2 billion worth of land, but Dela Cruz estimates that the company’s shareholders can still buy as much as P5 billion.

Prior to its landbanking activities, SLLI used to enter into joint ventures with landowners. The company is now leaning towards landbanking so it can capture the 100 percent economic value of its projects.

At present, SLLI has already developed some 10,000 hectares of land, which included its 14 golf courses.

SLLI, according to Dela Cruz, is now also looking at beefing up its recurring income portfolio by developing existing commercial assets, covering as much as 35 ha in different projects across the country.

“Our recurring income now is under 30 percent, but we plan to increase it. We will start building our own core commercial assets. The Sta. Lucia Group has close to 70 ha of such areas, but SLLI alone has 30 to 35 ha of unused commercial lots,” Dela Cruz explained.

The company is now looking at different options, which include developing its own retail brand; and partnering with one of the bigger retailers.

“Recurring income is not only something that the market wants. It also favorable for any company because it insulates you from any bumps, shocks or wild swings,” Dela Cruz said.

A third initiative was the creation of a subsidiary Sta. Lucia Homes, which will build the houses for those who will buy lots from SLLI. This is said to hold much potential as SLLI has sold hundreds of thousands of lots for over 40 years and not all the lots have houses built on them—even to this day. 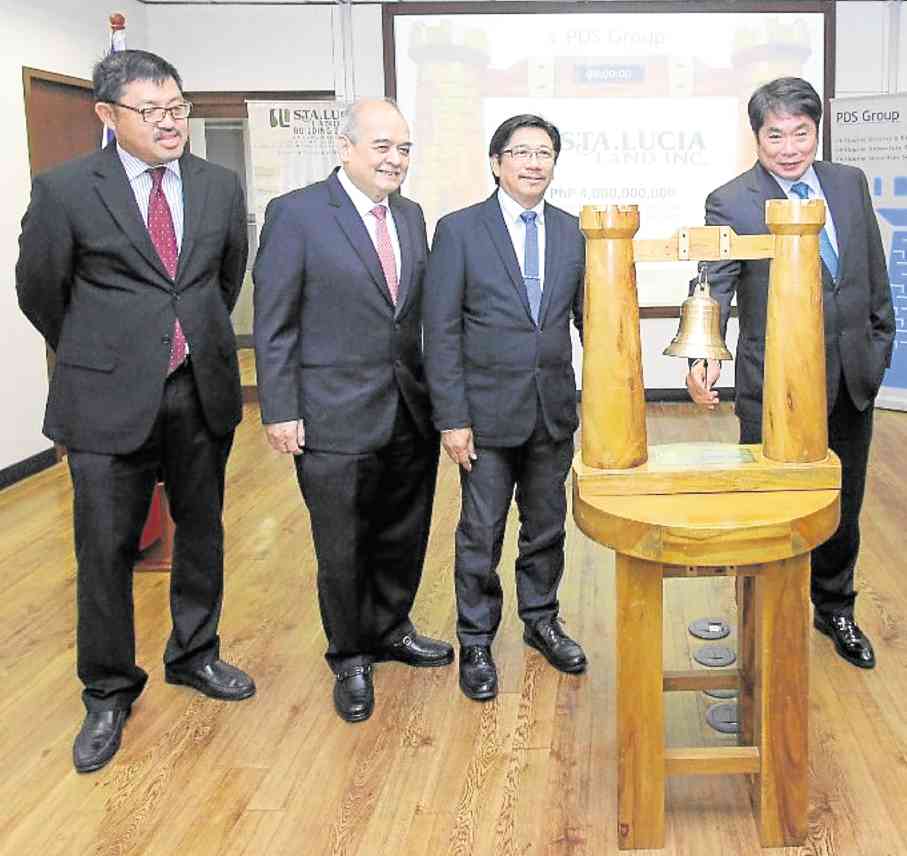 Truster property developer Sta. Lucia Land Inc. plans to raise as much as P9 billion, the most aggressive it has been over past four decades.

Over the next several years, SLLI will also be working to attract more foreign investors.

As such, SLLI is aggressively moving to raise its market capitalization from the current $200 million to more than $500 million in three years’ time.

This is expected to make SLLI more attractive to foreign investors, who are highly interested in the property firm, but are finding it too small in size.

“When we went to Hong Kong and Singapore for a roadshow in 2014, we met with 16 sets of investors. They like the story, the shareholders, and the management behind SLLI, but they found the market cap too small for them. These investors usually come in if your market cap is equal to or higher than $500 million,” he recalled.

As such, the plan now was to increase to more than $500 million the company’s market cap in the next three years with a combination of increased assets, revenues, exposure, liquidity, and float, among others.

“Increasing capitalization to more than $500 million is aggressive, but it’s also doable. For the past 40 years, this company has been churning out projects and yet we’ve never really raised money. It’s now that SLLI is being duly recognized (in the capital market),” Dela Cruz said.