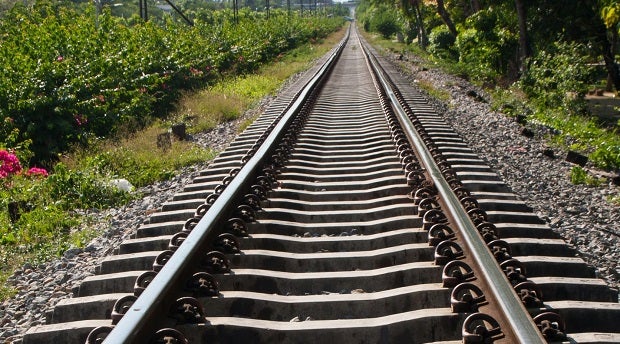 With its economic pivot to China, the Philippines does not have to worry anymore for a steady source of financing for 12 projects worth a total of $4.4 billion even if the United States, a long-time ally, implements a policy shift under the Trump administration, the country’s chief economist said.

“We will start with the bigger projects,” he added.

According to Pernia, the Duterte administration wants to sustain robust economic growth by ramping up infrastructure spending, whose share to the gross domestic product (GDP) was programmed to rise to more than 7 percent by 2022.

“The infrastructure spending boost will be the major driver of growth moving forward. Funding for infrastructure will not be dependent on the US; we’re going to get it from our neighbors, especially China and Japan,” according to Pernia, who heads state planning agency National Economic and Development Authority.

In a statement Friday, the Department of Finance said that besides the railway and dam projects, the $53.6-million Chico River pump irrigation project in Cagayan and Kalinga provinces would also undergo China’s loan application process, as these three projects were already given the go-ahead by the Neda Board chaired by President Duterte and by the Investment Coordination Committee.

“The Philippine government will apply the three priority projects for loan financing under the $3.4-billion assistance made available by the Export-Import Bank of China (China EXIM) to the Philippines, of which $2 billion represents new commitments,” Finance Secretary Carlos G. Dominguez III said.

“These projects aim to raise the productivity of small farmers, improve transportation and logistics services in underserved areas of Luzon, and ensure a steady water supply to Metro Manila,” Dominguez said.

During the meetings last Monday and Tuesday between Philippine economic managers and Chinese officials in Beijing, the Philippine side also submitted nine projects worth a total of $1 billion seeking feasibility study support.

“The Philippine government has submitted the relevant documents and materials to Chinese officials to speed up the assessment process for these nine projects,” Dominguez said.

In all, the economic managers presented to officials in China a total of 40 “small and large” infrastructure projects for possible financing during the two-day mission.

In a chance interview Friday, Dominguez told reporters that both the Philippine and Chinese sides wanted to ensure that the infrastructure projects to be funded will be worth it.

“The Chinese and the Philippine governments want to make sure that the funds they are providing from their taxpayers are benefiting the Filipino public. We have to make sure that the contracts are protected both sides, and that we assure the Chinese that the taxpayers’ money are not wasted. Both of us are trying to develop a system that achieve that,” according to Dominguez.

“With the Chinese, this is really the first time, more or less, that they are going into big-ticket projects [in the Philippines], so we just want to make sure first that our priorities are aligned with their priorities and that our systems are also aligned. As in any start of a relationship, you have to lay the good foundation for the relationship to move quickly,” he added.