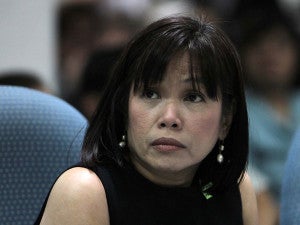 MANILA — Following her stint in the Washington-based World Bank, Rosalia de Leon will return to her former post as National Treasurer, according to Finance Secretary Carlos G. Dominguez III.

Dominguez announced De Leon’s return to the Bureau of the Treasury, late Wednesday, during a meeting of the Foundation for Economic Freedom.

De Leon had served as senior adviser to the World Bank executive director for the group that includes the Philippines, Brazil, Colombia, Dominican Republic, Ecuador, Haiti, Panama, Suriname as well as Trinidad and Tobago.

She was posted to the World Bank in 2015 when current National Treasurer Roberto Tan, who held the executive director post for the WB grouping in 2012-2014, returned to the country.