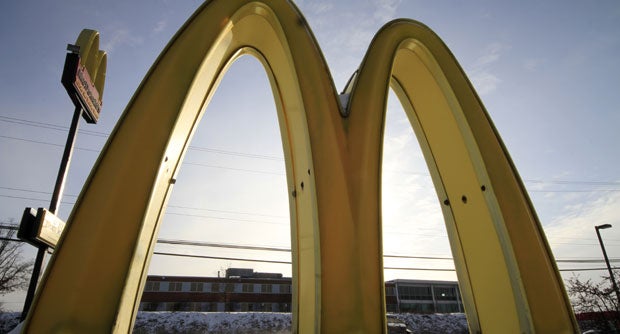 The fast food giant, which modified the menu in its home market after a lengthy slump, and restructured its international business, said its turnaround remained on track.

The weaker US performance was due partly to more difficult year-over-year comparisons to late 2015 when the iconic chain unveiled the popular all-day breakfast. Other factors included lower food costs, which were an incentive for more consumers to stay home.

Executives said they planned a number of initiatives to spark more US sales, including refurbishing and modernizing restaurants, and studying new programs that could let people pick up curbside orders made on a cell phone.

Other test programs include a pilot project at home delivery in the state of Florida as well as a customer loyalty program, executives said on a conference call with analysts.

“We’re really investing front of house to put more choice and control in the hands of customers, how they’re served, how they pay,” said chief executive Steve Easterbrook said. “So that’s something where we have a great track record around the world and we’re looking to deploy that aggressively in the US.”

Net income for the fourth quarter was $1.2 billion, down a hair from the year-ago period, while revenues were $6.0 billion, down five percent.

For the full year, McDonald’s earnings were $4.7 billion, up three percent.

The chain’s international strategy has included shifting from a structure that organizes countries by region to one centered around market opportunity, such as “high growth” and “foundational markets.”

High-growth comparable sales rose 4.7 percent from the year-ago period, thanks to China. Comparable sales in foundational markets surged 11.1 percent, with strength in Japan and some Latin American countries.

One challenge in the US market has been low food prices, which fell 2.2 percent in 2016, according to official figures, pressuring all restaurants.

McDonald’s also benefits from low food costs, although chief financial officer Kevin Ozan said that was more than offset by higher labor costs. The chain at the end of 2016 raised US prices 2.8 percent.

However, Ozan said US food deflation is expected to ease in 2017, which likely would benefit McDonald’s by luring in more customers.