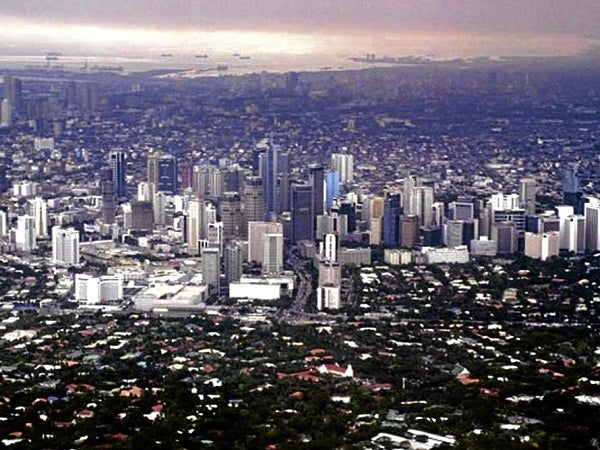 Metro Manila is the economic and political capital of the Philippines but with President Duterte’s 10-point socioeconomic agenda, he intends to spend billions of pesos in infrastructure development throughout the country and to send the benefits  of economic growth nationwide. (INQUIRER FILE PHOTO)

The $500 million in 25-year bonds maturing in 2042 were sold at a coupon of 3.7 percent, similar to the record-low rate in 2016. The coupon was below the initial pricing guidance of 3.95 percent, the Bureau of the Treasury said in a statement on Thursday.

The global bond sale attracted a total of $4.5 billion in tenders, of which 43 percent came from Europe, 33 percent from Asia, and 24 percent from the United States.

“With this transaction, the Republic has extended its excellent track record in executing liability management transactions. The tight pricing we achieved on the new 25-year bond offering, we believe, underscores the confidence of global investors in the Duterte administration,” Finance Secretary Carlos G. Dominguez III said.

The new money raised from the offshore bond issuance will be used for budgetary support, according to the Treasury.

“Amidst the volatility in global markets, we have managed to garner robust support from the fixed income investor community, a testament to the resilience of the Philippine economy as well as the strong faith that these investors have in the Duterte administration in executing and implementing reforms and strategies. Once again, the liability management exercise has allowed the Republic to achieve significant cost savings that can be channelled towards productive areas that will benefit the country,” National Treasurer Roberto B. Tan said.

Infrastructure build up forms part of the Duterte administration’s 10-point socioeconomic agenda aimed at slashing the poverty incidence to 14 percent by 2022 from 21.6 percent last year.

This year, the Duterte administration plans to spend P860.7 billion or 5.4 percent of the gross domestic product (GDP) on hard infrastructure, en route to bringing the infrastructure spending-to-GDP ratio to 7.2 percent by 2022.  SFM