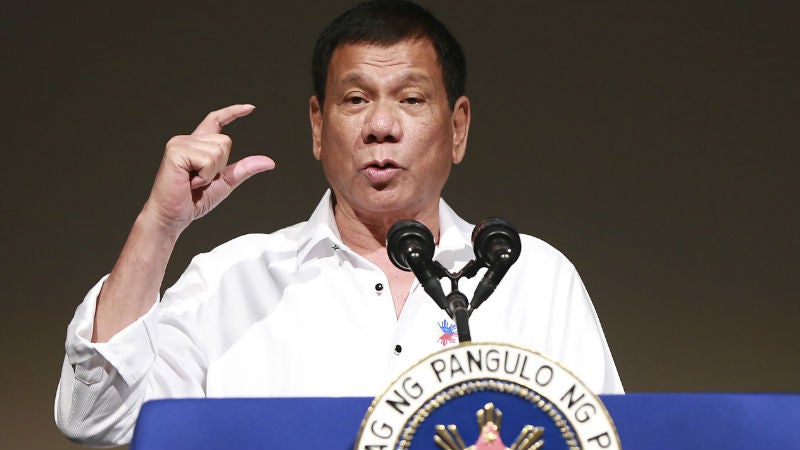 MANILA —  The Duterte administration’s development blueprint that adopts the zero to 10-point socioeconomic agenda’s goal of reducing poverty incidence to 14 percent by 2022, will likely be green-lighted by the President next month, according to the country’s chief economist.

In a statement on Thursday, Socioeconomic Planning Secretary Ernesto M. Pernia said the National Economic and Development Authority has been targeting to finalize the Philippine Development Plan (PDP) for 2017-2022 on Jan. 31 so that it could be up for President Duterte’s approval during a NEDA Board meeting scheduled within the second week of February.

Last Tuesday, members of plan steering committee chaired by Pernia discussed the PDP’s draft chapters, which NEDA said would be the first medium-term development plan anchored on a 10-point agenda as well as the long-term vision dubbed “AmBisyon Natin 2040.”

Including the “zero” in the centerpiece socioeconomic agenda which is peace and order, President Duterte’s development blueprint is ultimately aimed at slashing the poverty incidence from 21.6 percent in 2016.

Pernia earlier said that the PDP 2017-2022 has adopted such a poverty reduction target, on the assumption of full implementation of pertinent reforms under the socioeconomic agenda.

“This PDP fleshes out the President’s priority socioeconomic agenda. Importantly, it is about laying the foundations for AmBisyon Natin 2040, which articulates the Filipino people’s shared aspirations for the country. As such, it is about nation-building. And we appreciate the perseverance and patience of all agencies involved in the crafting of our nation’s development plan for the next six years,” said Pernia, who also heads NEDA, the state planning agency.

“With the overall objective of laying down a strong foundation for inclusive growth, a high-trust society and a knowledge-based economy, the PDP is employing strategies based on the three main pillars of the long-term vision. These are ‘malasakit’ or solidarity and enhancing the social fabric, ‘pagbabago’ or real transformation that reduces inequality, and ‘kaunlaran’ or increasing potential growth and sustaining it. It will thus focus on regional development, infrastructure, agriculture development, and culture, all strategies consistent with the long term vision, the administration’s zero to 10-point socioeconomic agenda, and the United Nations’ Sustainable Development Goals,” Pernia said last month.

Launched in 2016, AmBisyon Natin 2040 is aimed at tripling Filipinos’ per capita income to $11,000 in 24 years’ time by sustaining at least 6.5-percent annual gross domestic product growth alongside the implementation of policies that would make the Philippines a high-income country by 2040.

A survey conducted early last year showed that the majority of Filipinos aspire for a “simple and comfortable life,” which NEDA had said reflected middle-class lifestyle—earning enough, educating all children until college, owning a car, owning a medium-sized house, finding time to relax with family and friends, owning a business, and being able to travel around the country.

Last October, President Duterte signed Executive Order No. 5, which adopted the AmBisyon Natin 2040 as the long-term vision for the Philippines, such that “by 2040, the Philippines shall be a prosperous, predominantly middle-class society where no one is poor.”

The 2011-2016 PDP of the previous Aquino administration had targeted to slash the incidence of “multidimensional poverty” to 16-18 percent last year from 28.2 percent in 2008. The 2011-2016 PDP’s multidimentional poverty-reduction goal had sought to address not only low income but also deprivation in government services such as healthcare and nutrition, among other amenities.  SFM