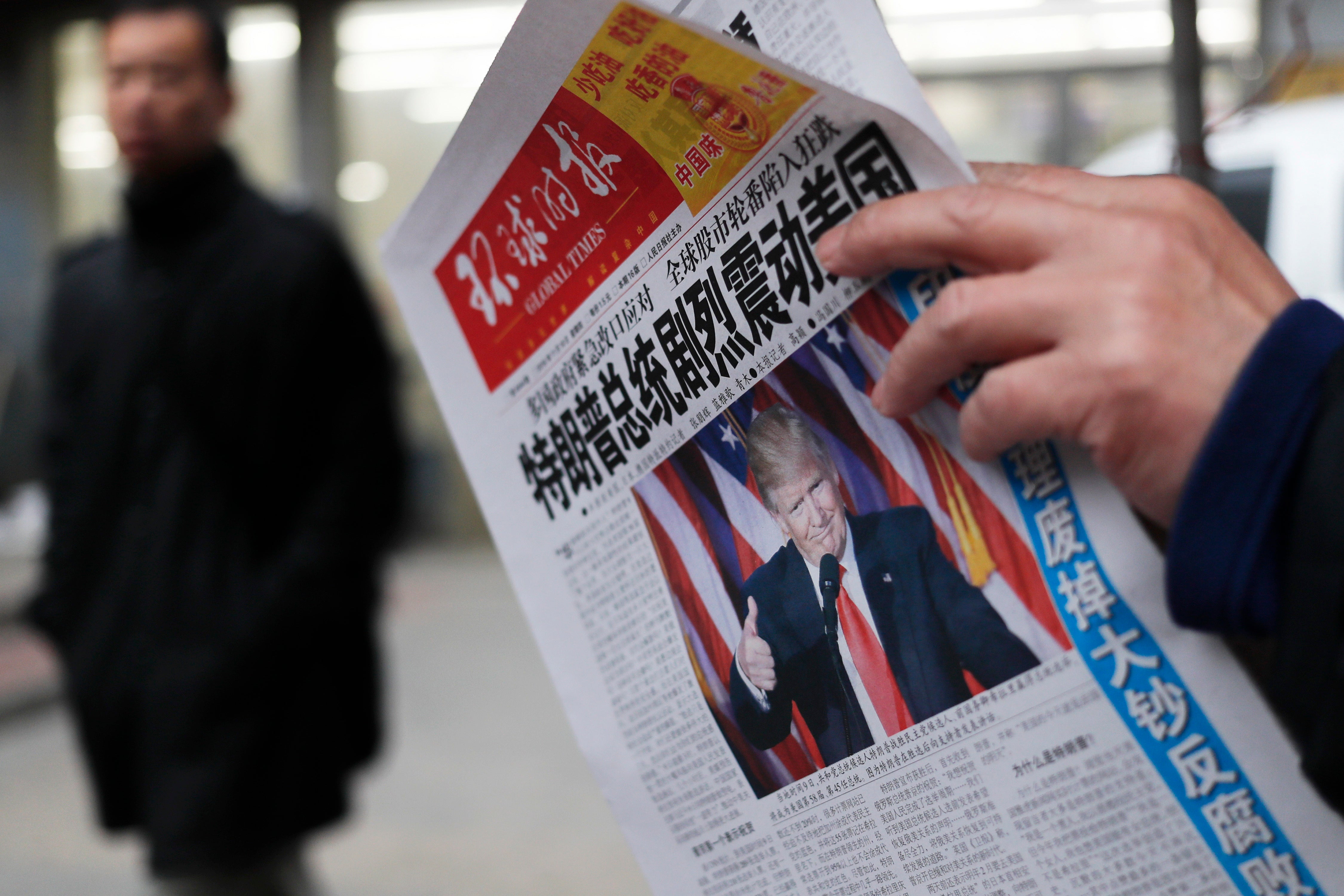 In this photo, taken Nov. 10, 2016, a man reads a newspaper with the headline of “US President-elect Donald Trump delivers a mighty shock to America” at a news stand in Beijing. (Photo by ANDY WONG/AP)

BEIJING — China is preparing to retaliate if U.S. President-elect Donald Trump carries out promises to impose sanctions on Chinese goods and already has toughened its stance by imposing unusually high duties in an anti-dumping case against a U.S.-made agricultural chemical, an American business group said Wednesday.

Trump, due to be inaugurated Friday, rattled American companies that do business with China when he threatened during his campaign to raise import duties on Chinese goods to 45 percent. That prompted warnings Beijing might retaliate.

“China has indeed threatened to and is preparing to take steps in retaliation if such actions take place,” said Lester Ross, a board member of the American Chamber of Commerce.

Chinese President Xi Jinping, in an implicit rebuke to Trump, issued a ringing defense of free trade in a speech Tuesday at the World Economic Forum in Switzerland and warned a “trade war” would harm all countries involved.

Ross said Beijing already has toughened its stance by imposing higher anti-dumping duties on DGGS, an additive used in livestock feed, than were recommended by Chinese regulators.

The Ministry of Commerce on Jan. 11 raised duties on the chemical to up to 53.7 percent, nearly double the 33.8 percent rate it recommended in September, prior to Trump’s election victory.

In a reflection of American companies’ concerns, the chamber chairman, William Zarit, said it will send a delegation of seven or eight businesspeople to Washington in February to meet with lawmakers and Trump administration officials.

Zarit said that was in addition to a chamber delegation that goes to Washington for a “door-knock” each April or May because this year is “special in many ways.”

“We certainly are not going there to lecture the administration but we will share our ideas on a win-win path forward,” said Zarit at a news conference to release a report on business conditions in China.