Petron wants new $10-B refinery in Bicol or Cebu 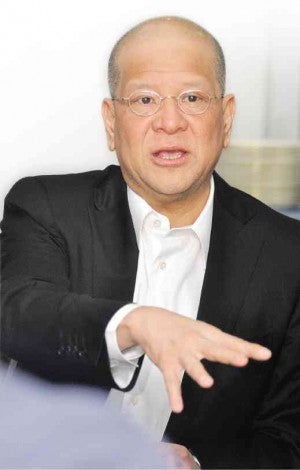 MANILA — Petron Corp., the country’s largest oil firm, wants to build a new refinery with the help of a foreign partner to meet the growing domestic demand for finished petroleum products, according to its chief Ramon Ang.

In an interview with reporters, Ang — the president of Petron’s parent firm, San Miguel Corporation — bared plans for a new integrated crude oil refinery that could process up to 250,000 barrels of petroleum per day.

If these plans push through, it would increase Petron’s total refinery output by 138 percent, since its current refining complex in Limay, Bataan has a total rated capacity of 180,000 barrels per day to process crude oil into gasoline, jet fuel, industrial fuel oil, diesel, kerosene and liquefied petroleum gas and lubricants, among others.

“I hope to invite one of the big boys like Saudi Aramco or Kuwait Petroleum Corporation (KPC) to come and put up a new oil refinery,” he said. “A lot of large companies want to invest in a new oil refinery in the Philippines.”

Ang identified Bicol or Cebu as ideal sites for a new oil refinery due to advantageous logistical considerations for both locations, and a large local market in the case of the latter province.

The San Miguel chief added that another possible partner would be Taiwanese conglomerate Formosa Plastics Group, whose petrochemicals unit is “ten times bigger than Petron.”

“Formosa is one of the biggest in the region,” he said, adding that its owner, William Wong has scheduled a visit to the Philippines in February at San Miguel’s invitation. “I went to visit them a couple of months ago, and we are in talks to look for more business together.”

“If we can convince Formosa to invest, immediately we should put up one,” Ang added, explaining that a new refinery would take at least four years to complete from scratch. “By then the demand for petroleum will already be very big.”

He estimated that a 250,000-barrel-per-day oil refinery would cost at least $10 billion to build.

“But if your partner is someone like Aramco, KPC or Formosa, that’s easy for them,” he said.

Explaining the rationale for a second refinery, Ang noted that “at present, there’s no more space for expansion in Bataan, and you don’t want to put all your eggs in one basket.”

Asked about the plan of the state-owned Philippine National Oil Company to put up its own refinery, the tycoon described refining as “a very complex business” that should not be entered into lightly.

“It’s not how to put it up [a refinery] that counts,” he said. “It’s how to run it everyday. If you can’t run it properly, if you don’t know the right product mix or right liquid yield, you will burn your funds. Losses can be heavy.”  SFM