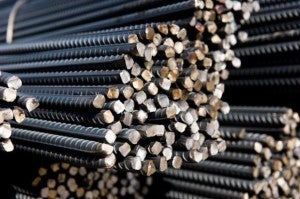 MANILA — Due to alleged trade obstacles and unfair treatment received by its local affiliate, the Chinese partner of steel trader Mannage Resources Trading Corp. (MRTC) has expressed “grave concern” over the investment environment in the Philippines.

In a letter to Chinese Ambassador to the Philippines Zhao Jianhua, Shanghai-based SIICGM Development (Hong Kong) Limited sought the envoy’s help in coordinating with the Philippine government to swiftly resolve all issues preventing the release of the MRTC’s steel shipment from China.

MRTC’s shipment of 20,000 metric tons of deformed steel bars – used for infrastructure projects like buildings and roads – have been held up inside its warehouse at the Port of Subic on orders of the Department of Trade and Industry (DTI) despite the firm’s compliance with import rules and payment of more than P43 million in taxes, the company said.

“But we encountered obstacles at the very initial stage,” the company added. “We [request] our Ambassador to coordinate with Philippine government to remove obstacles for economic and trade exchanges between two countries and create an equal and mutually beneficial trade environment.”

The firm blamed the Philippine Iron and Steel Institute (PISI) which it said was responsible for misleading DTI and the Bureau of Customs, for spreading false rumors about the quality of their steel and for causing the baseless recall of a final Import Commodity Clearance (ICC) issued by DTI to MRTC.

It added that PISI was engaged in various schemes to prevent MRTC from supplying high quality steel to the Philippine market at reasonable prices by hampering their customs and port clearances. Delayed delivery of steel bars already paid for by customers have led to project delays and irreparable losses to MRTC, SIICGM said.

“We have full confidence in President Duterte’s leadership and his vow to rid government of corruption and red tape,” Sy said. “We hope this issue would be resolved soon so we can continue to do business, pay
taxes and help build the country.”

He said MRTC’s steel products underwent thorough inspection and re-inspection by DTI Region 3 officials. The agency even issued a final inspection report stating that everything was in order. However, DTI officials recalled the final ICC and blocked the release of MRTC’s steel shipment.

On January 3, 2017, MRTC filed a graft and anti-red tape complaint before the Office of the Ombudsman against DTI Region 3 director Judith Angeles and DTI-Bureau of Product Standards assistant director Marimiel D. Porciuncula. The two were accused of discriminatory conduct for the baseless recall of a final ICC just nine days after it was issued by the same agency.

Shanghai-based SIICGM is a large-scale integrated group company under the Shanghai State-owned Assets Supervision and Administration Commission of the State Council (SASAC), which has investment in mining, shipping and other industries in the Philippines.

During the recent state visit of Mr. Duterte to China, SIICGM signed a partnership agreement with MRTC to invest $200 million in the Philippines for a local steel plant and trading firm for construction materials like cement.  SFM

Read Next
DOF: ‘Vanity tax’ not part of proposed tax reform
EDITORS' PICK
ICC is everything but a court of ‘white people’
Manila is 78th most expensive city in the world for foreign workers
Garcia softens stance, meets IATF halfway on swab-upon-arrival policy
Want to help local farmers? Shop small and eat Real Food
Piolo Pascual: The Ultimate Heartthrob continues to level up
TeaM Energy pushes development programs to help in pandemic rebound
MOST READ
Sharon Cuneta on living in the US: ‘Nagagawa ko lahat ng normal na bagay’
ICC is everything but a court of ‘white people’
Duterte-Duterte tandem possible but ‘winnability is another question’ — Binay
More than 150,000 voters wiped off the registration list – Comelec
Don't miss out on the latest news and information.