The case of 2.4 million hectares of missing farmlands

In 2015, the Philippine Statistics Authority (PSA) released the highlights of the much-awaited 2012 Census of Agriculture. The last census before that was made in 2002. The statistics are of importance to policy makers and investors.

Sadly, not too many people in government are appreciative of accurate and timely statistics and the analytics for decision-making. In the process, many pronouncements by heads of the executive and legislative branches are also inaccurate.

For example, some politicians claim that the Philippines is the world’s top coconut producer. We lost that rank more than 20 years ago to Indonesia. Another example is that the country exported $440 million worth of bananas in 2015. In reality, it exported more than twice that amount based on imports of buyer countries.

My thesis is that the Philippines is under-investing in statistics collection, in people and resources.

Now the census. In 2012, it was determined that there were 7.2 million hectares (ha) of farmlands in the country. Ten years earlier, there were 9.6 million ha, and in 1991, there were almost 10 million ha.

Where did the 2.4 million ha go? Definitely it was not land conversion. Since 1986, there were about 220,000 ha of farmlands converted. At the same time, the DENR has classified 14.2 million ha as certified alienable and disposable lands, almost twice the size of the latest agriculture census.

The overall area decline of farmland between 2002 and 2012 was 25 percent. The huge discrepancies are carried across the regions: the lowest in Cagayan Valley and Caraga at -12 percent each, and the highest in Central Visayas -44 percent, Eastern Visayas -37 percent, ARMM -35 percent, Western Mindanao -33 percent, and Western Visayas -31 percent. Regions such as Central Luzon and Calabarzon, which are likely to post potential large declines due to land conversion, slid by -22 percent and -15 percent, respectively, below the national average. NCR areas grew dramatically!

No reasons were cited for the area decline in the 2012 census. 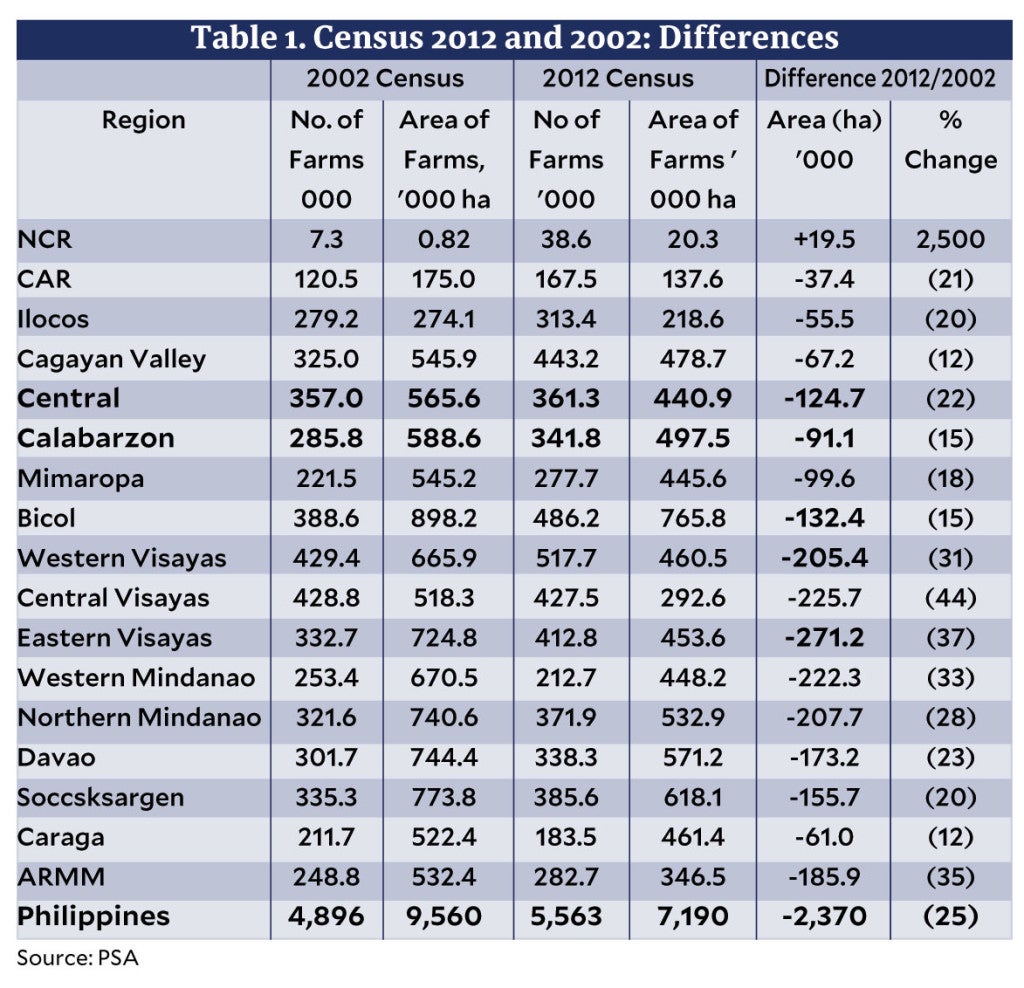 To cross-check the massive discrepancies, data of physical areas and harvested areas of major crops were obtained from PSA for 2002 and 2012.

For physical areas, we assume that physical areas and harvested areas of long-term crops are similar. The physical area of irrigated rice is similar to irrigation service areas as defined by the National Irrigation Administration. 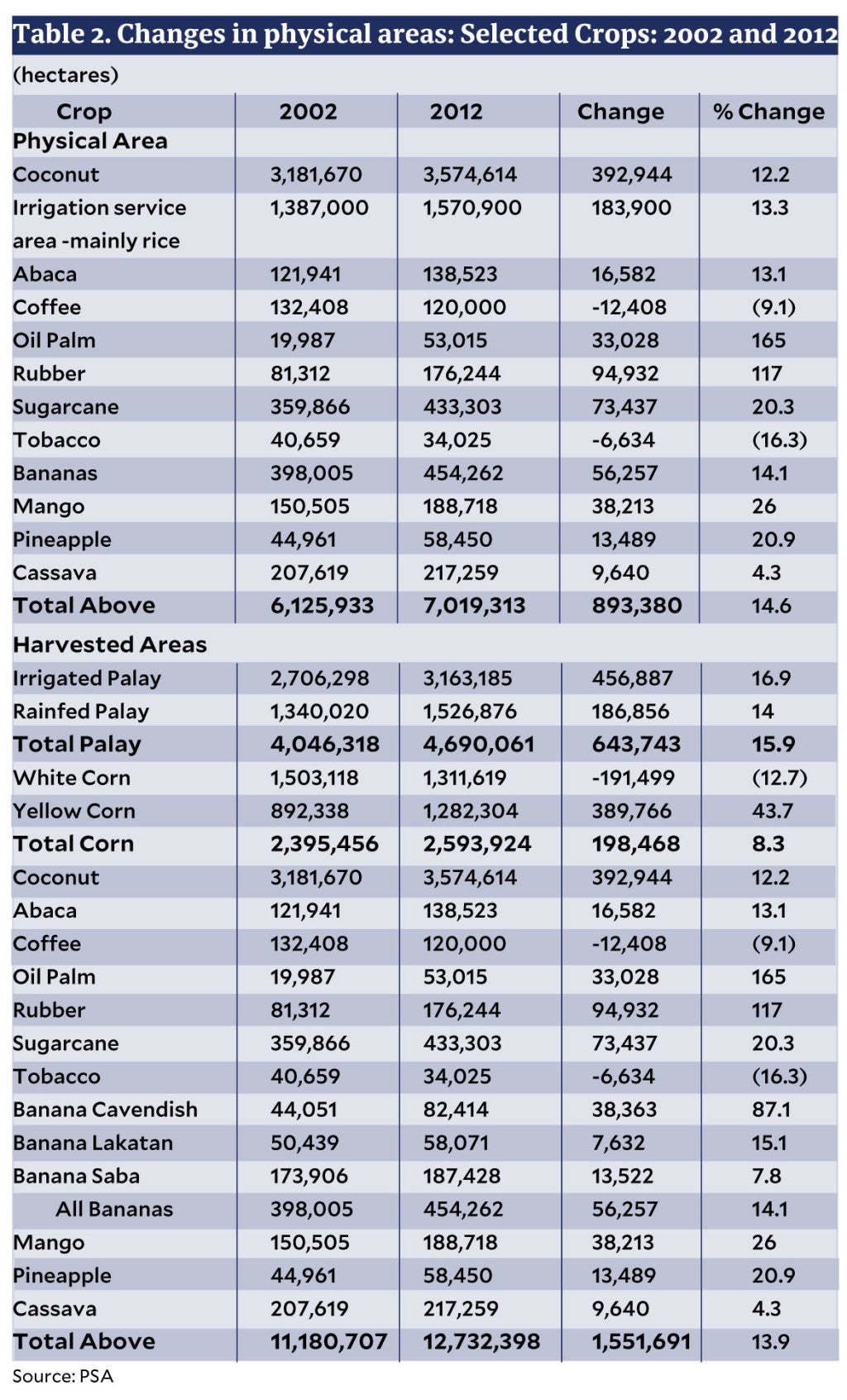 What could have caused the massive difference of 2.4 million ha in census areas between 2002 and 2012?

If the reason is abandonment of farms, this has major implications on land reform as well as lack of investments in farmlands. Farmers and farmworkers are moving out of agriculture. But there are cries for land from the landless. At the same time, there are investors who want to accumulate lands for economic size operations but are prevented to buy lands or discouraged to lease land.

A Mindanao agribusiness expert Ramon Macaraig notes: It is interesting to find out the impact of land reform on these statistics. Beneficiaries in banana lands are already pledging lands to waiting developers for the legal papers to be formalized.

We await answers from the government and land experts.

(The article reflects the personal opinion of the author and does not reflect the official stand of the Management Association of the Philippines or MAP. The author is the Vice Chair of the MAP AgriBusiness and Countryside Development Committee, and the Executive Director of the Center for Food and AgriBusiness of the University of Asia & the Pacific. Feedback at <[email protected]> and <[email protected]>. For previous articles, please visit )