Guests are treated like VIPs in this affordable hotel 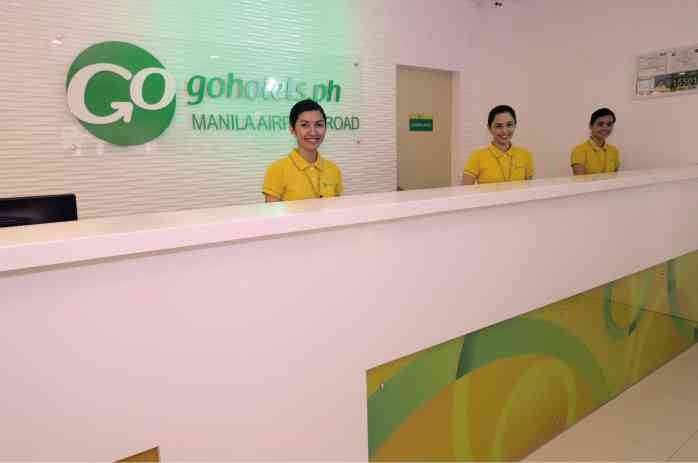 Go Hotels wants to be the top-of-mind choice when it comes to affordable accommodations. —Arnold Almacena

There are, apparently, only three key things that travelers look for when booking a room in a hotel: a comfortable bed with quality linen, strong water supply with hot and cold options and a reliable Wi-Fi connection.

“Whether you’re a captain of an industry or a backpacker, research shows you want these three same things in a hotel room,” said Bruce Musick, group chief executive of Singapore-based hotel operator Vanguard Hotels Pte. Ltd.

Roxaco Vanguard Hotel Corp. is a joint venture of Roxaco Land Corp., the property arm of Roxas and Co. Inc., and Vanguard Hotels. Musick, at the Go Hotels Manila Airport Road launch on Nov. 29, announced they would be opening four more branches in the coming year in what he described as “captive” areas: North Edsa, Cubao and Timog in Quezon City; and near Robinsons Place in Ermita, Manila.

“We looked at areas that have their own businesses, hospitals, schools, universities, industries,” Musick said. For one, they chose Airport Road because of its proximity to the airport, which minimizes chances of travelers getting stuck in the infamous Metro Manila traffic. As to their other locations, Musick said they chose high-density spots close to places of leisure.

With hotel prices ranging from P1,000 to P3,000, Musick said Go Hotels is competing with establishments that are now 20 or 30 years old but  have never been renovated.

“The idea of what of an affordable room in Manila always had a bad connotation,” said Musick. “The old assumption was that a customer who paid P2,000 or P3,000 somehow didn’t earn the right to a clean, safe, comfortable, convenient, affordable room. That makes those types of hotels a dinosaur in our view, because the customers’ expectations now is, well, ‘Maybe I don’t have the budget to stay in a luxury four-, five-star hotel, but I deserve to be treated with respect.’”

He added: “These types of hotels are saying that you must have the same level of hygiene and safety as anyone, no matter what your budget is. I think the result is that the uptake has been extremely high. When RLC opened Go Hotels in Mandaluyong, they weren’t sure what would happen. But just by providing a clean, safe room, customers found it almost overnight.”

“The building is very safe; the way we build them is of higher quality compared to most operators, just with the materials we use and the structural conditions. We put a premium on recognizable security; even simple things, like the quality of the doors,” he said.

Go Hotels Manila Airport Road has 199 rooms. With the opening of its four other branches, the affordable hotel chain will soon be offering around 1,000 hotel rooms around the metro.

In the long run, Musick said they expect to be the top-of-mind choice when it comes to affordable Manila accommodations, especially since travelers are also getting “younger, more forward-looking, and more connected.”

“In the metro area, there are probably around only 20 of these types of [hotels] now. We’re in the process of replacing thousands of old rundown hotel rooms offering rates of P1,000-P3,000. They either have to renovate or rebrand to compete with [GoHotels], or they will go away eventually,” he said. “I think with the younger demographic of the Philippines, given this option or the other rundown one next door at the same price, there’s just no way that he would vote for a rundown hotel versus a new one.”