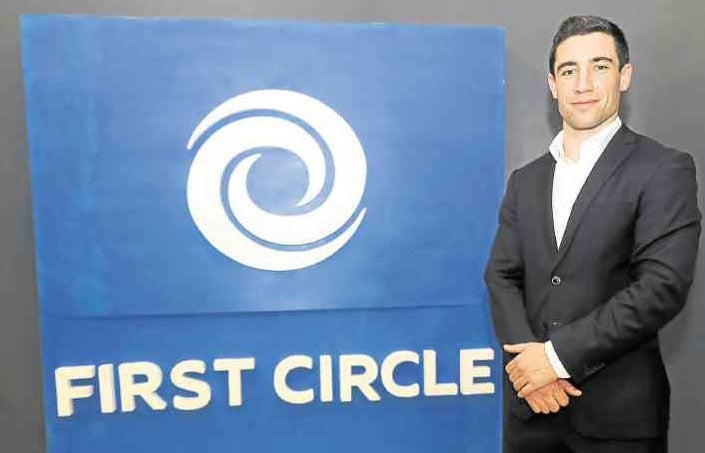 At the height of the global financial crisis in 2010, a young Irish guy majoring in Economics and Business at Trinity College Dublin co-founded Europe’s first student-managed investment fund.  His group tapped funds from financial bigwigs and put them in a charitable trust to help boost educational resources for students in need. While still in school, he also created and ran a string of successful business ventures. He even climbed Mt. Kilimanjaro one summer to raise funds for charity. In recognition of all these, he was named by his college in 2012 as Trinity Business Student of the Year.

The same magnanimous young man, 26-year-old Patrick Lynch, is now in the Philippines seeking to revolutionize lending for small and medium enterprises (SMEs), the so-called backbone of the domestic economy.

Lynch believes that if someone wants to do something productive and prove the compelling circumstances around it, success won’t be too far behind.

After graduating in 2012 and briefly working at American investment bank Morgan Stanley in London, Lynch headed to Asia. After a stint at Compare Asia Group, an online financial comparison resource, Lynch teamed up with two other young Irish guys: Tony Ennis, previously chief technology officer (CTO) at Web Summit owner Ci Labs and Tim Glynn, formerly from Goldman Sachs, to set up First Circle.  Lynch is CEO, Ennis is the CTO, and Glynn the chief finance officer at this new fintech.

First Circle uses similar algorithms that gauge creditworthiness with a great degree of accuracy in developed markets like the US but were never before pilot-tested in emerging markets. In fast-growing Philippines, Lynch says small businesses have huge opportunities but are often unable to take advantage of them as they fall short of working capital.

For merchants selling wares at online platforms like Lazada or Zalora, being able to get the working capital as quickly as possible can make or break their fortune.  As traditional lenders typically impose tedious paperwork and take as much as a month to lend to SMEs, if they decide to lend at all, First Circle sees a big funding gap to fill. The current undersupply of credit to small business is estimated at about $9 to $10 billion and for trade finance, around $2 to $3 billion.

“So when you buy some glasses or power banks from Lazada, they pick it up from a small business and deliver it to you and then they take cash or card from you and then some days later, they give the payment to the merchant. We’re financing the merchant, so instead of buying 10 units, they can buy 50 units. After selling 50, they repay us and then they buy a hundred more so the business grows very, very quickly,” Lynch explains.

As the name implies, First Circle wants to be the first line of financial support for SMEs.

For many small entrepreneurs, the “first circle” tends to include one’s friends, parents, grandparents, siblings or cousins. But oftentimes, these people have their own liquidity needs. This is the same type of relationship that First Circle wants to build with entrepreneurs.

Since its launch in October last year, First Circle has already aided hundreds of SMEs, disbursing unsecured loans for entrepreneurs’ working capital from as low as P100,000 to as high as P5 million in one or two days. A typical loan cycle is about 2.5 to three months. Interest rate is comparable to credit cards—an average of 2.5 percent to 3.99 percent per month for a first-time borrower, depending on the credit score.

“Reshaping financial services” is the group’s motto, as indicated in its website, but Lynch explains that First Circle is not necessarily a competitor of banks.

Banks are very good in serving consumers and corporations. In First Circle’s case, Lynch says the innovation lies in using information available online and trading history to serve a customer, something that banks aren’t cut out to do.

Eventually, First Circle wants to team up with banks to enable account debit as an option for borrowers’ repayment. For now, post-dated checks serve as the primary mechanism for repayment.

Adrian Tan, the owner of Clifton Guitars, a Caloocan City-based online retailer specializing in musical instruments, is among the entrepreneurs that First Circle has helped.

“Earlier this year, we wanted to expand our offerings, bring new products to market, and grow our wholesale operations. As a fast growing online business, we turned to First Circle in order to attain the necessary capital needed to grow Clifton Guitars,” Tan said in a testimonial.

“As a result of working with First Circle, we managed to expand our wholesale operations further and acquired new products for us to sell,” Tan said.

“Having only begun in early 2015, we moved from being a small avenue retailer to being its own brand provider in

T-shirts, raglans, sweatshirts, hoodies, hats, and eye-catching logo’ed fashion that hits the most popular demographics. It was clear to us that TanShirts was riding a success momentum and needed the ability to keep going,” De Paz said.

He said the startup was able to increase its manufacturing capacity, thanks to First Circle, thus rising “above the fray [and becoming] a bona fide company versus just being another retail fly-by-night.”

To date, First Circle has teamed up with a number of online platforms like Lazada and Zalora as well as institutions Philexport and Go Negosyo to reach out to its target market. Recently, it became the official partner of Lendr (developed by FINTQ, the financial technology unit of Voyager Innovations, the digital innovations arm of PLDT and Smart Communications), an end-to-end loans origination and loans management platform accessible through multi-channel devices such as desktops, tablets or mobile phones.

“As the economy gets competitive, businesses need a strong and stable partner and that’s what we at First Circle is set to do,” Lynch says.

So why did this young expat pick the Philippines as a place to pilot-test this business (which his group intends to scale up across the region)?

“It’s an amazing country. In Ireland, there’s a large number of Filipinos. Both my parents are doctors and they work with many Filipino doctors and nurses in the hospital and it’s been always familiar in that respect.

The economy here is booming, growing at 6 to 7 percent. The population is young—average age is 23 among 100 million people. Coming here from UK, being English-speaking, it’s a much easier place to live in,” Lynch says.