Ensuring the poor get their own homes, too | Inquirer Business

Ensuring the poor get their own homes, too 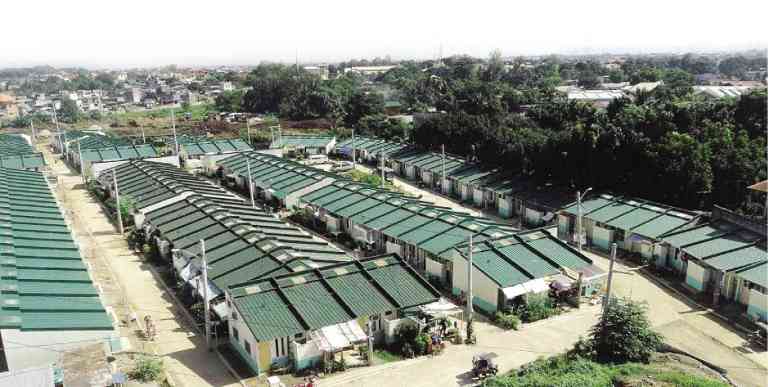 A housing project worth about P472 million may not sound impressive. But for the 1,180 families who now live here, their newly built, 38-square-meter, 2-story loft-type home is a huge step up from their hastily-built and perilous shanties they used to live in.

Indeed, the 5.12-hectare South Morning View in Barangay Timalan, Naic, Cavite is one excellent example of what sort of housing projects developers should put up more these days.

Each house costs P400,000. The new owners will amortize their units for 30 years through the government’s community mortgage program (payment of P803 on the first year, an amount that will increase by 10 percent annually for the next 30 years).

According to the developer of the community, First RGP chair Resty Perez, the housing project, which is their first, is sort of reaching out to the government and other developers to build more of this type of houses for the poor beneficiaries.

In a statement, Perez said: “(While this kind of endeavor is not for maximizing profit) no amount of profit can replace the happiness we see in the eyes of our beneficiaries.” 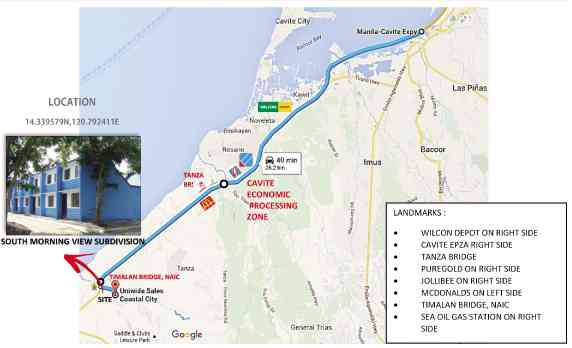 Perez: The housing project is sort of reaching out to the government and other developers to build more of this type of houses for the poor beneficiaries.

Indeed, this type of housing development can be very successful provided its stakeholders fully commit. In this case, First RGP collaborated with the city government of Las Piñas that bought the land and provided funds for the construction as well as the Department of the Interior and Local Government that conducted house-to-house validation of member-beneficiaries; the Social Housing Finance Corp.; and civil society organizations, Settlement and Housing Alternative Resources (SHARE) Foundation and Alternative Technology for Home and Community Advancement (ATHOME CA).

In 2014, a similar endeavor was successfully initiated by medium- and high-rise housing developer Phinma Properties when it transformed Sitio Looban, a former slum community of more than 700 families, into what is now known as Bistekville II in Novaliches, Quezon City.

Phinma Properties was tapped by the Quezon City government to come up with a masterplanned community on that same 4.7-hectare property.

Building each row of houses one at a time so as not to displace the families, Phinma Properties president and CEO Willie Uy informed that 1,078 housing units—composed of 703 lofted rowhouses (with 27-square-meter total floor area) and 375 condo units (with 23-sq-m floor area)—were constructed.

Like First RGP, Phinma Properties and the Quezon City government also teamed up with Philippine Business for Social Progress that conducted livelihood and skills training programs for the new homeowners, providing them the very means to earn a decent living to pay off their homes and to meet their daily household needs. Another nongovernment organization, Focolare Movement, was also engaged for values and spiritual formation. 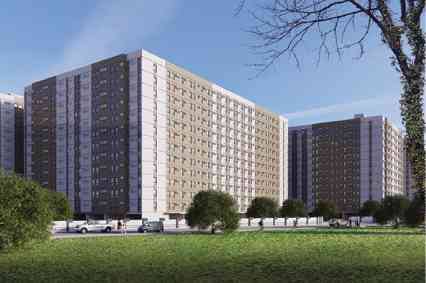 8990 Holdings has also been changing the game in mass housing by debunking the myths of shadiness, low margins, and risky clients.

Throughout its first decade, 8990 Holdings has also been changing the game in mass housing by debunking the myths of shadiness, low margins, and risky clients.

For 8990, mass housing has always been about the people and not the houses. It is no wonder then that the company has been doing well, including this year, on the back of rising demand for its projects.

“Fifty eight percent of our sales is coming from buyers aged 29 to 35 years old. Young people, particularly, the millennials, are now becoming interested in investment and savings. And for many of them, buying real estate is a good way to save and invest their disposable income,” he added.

And this bullish run, according to Atencio, is expected to spill over to next year.

“I’ve always believed that real estate performance tracks closely with gross national product growth. For as long as the country is growing, the praising mood will be optimistic for long term purchases such as real estate,” Atencio said.

“I expect more millennials to buy real estate, specially in the mass housing space as the housing finance environment will continue with low interest rates for housing loans, specially that of the Pag-IBIG Fund. We basically compete with rentals. And so, for as long as monthly amortizations remain close to rental rates, I would expect growth in demand for first time home buyers of primary homes. The principle of ‘why rent when you can own?’ continues to be a viable proposition,” Atencio related.

According to Atencio, 8990 Deca homes is the first and only company to evolve its product from just shelter to wealth creation by incorporating life insurance and mutual fund by paying the same monthly amortization. For the same payment, buyers get three values instead of one: shelter, insurance and investment at no added cost.

“Our Metro Manila projects in Tondo and Ortigas extension, totaling 30,000 units, will be the highlight of next year when we are able to provide condos in great locations with pricing that is low-cost. We aim to be the price leader for Metro Manila condos in 2017,” Atencio concluded. 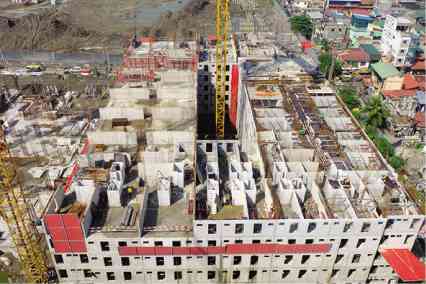 For 8990, mass housing has always been about the people and not the houses.

In a 2015 interview, Armenia Ballesteros, then president of the Subdivision and Housing Developers Association (she is currently SHDA chair) posed a question: “Instead of seeing these informal settlers as the problem, why not look at them as the very same people who can help us solve the nagging problem of informal settlements—and regard their place as a potential growth area?”

Ballesteros believed there’s a reason why construction of more socialized housing projects should be encouraged as this type of home package—that may be a residential subdivision, multilevel and medium-rise housing, or condominium projects—could benefit more underprivileged families as well as those living in informal settlements.

While private developers will be in charge of preparing the building plans, undertaking and financing the construction of socialized housing projects, the government, for its part, would subsidize the provision of in-city land that should be fully developed and buildable.

Government agencies can then assist by recognizing the project as the developers’ compliance to the socialized housing requirement, setting a price ceiling for the socialized housing units, and extending affordable home loan values to the beneficiaries. For the concerned local government unit, its role would include the fast tracking of permits and providing property management for completed projects.

SHDA believed more would benefit from this arrangement considering that according to the Metropolitan Manila Development Authority, there were already 2.8 million informal settlers, equivalent to approximately 556,526 families around Metro Manila in 2010 alone.

To date, the National Housing Authority has an estimate of 1.5 million informal settler families across the Philippines, 40 percent of which are situated in Metro Manila. 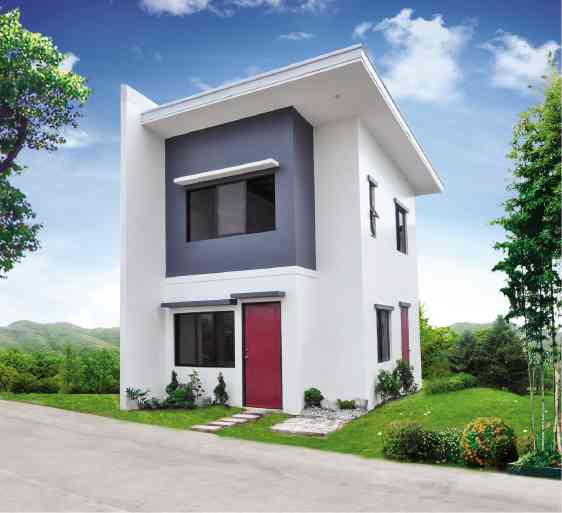