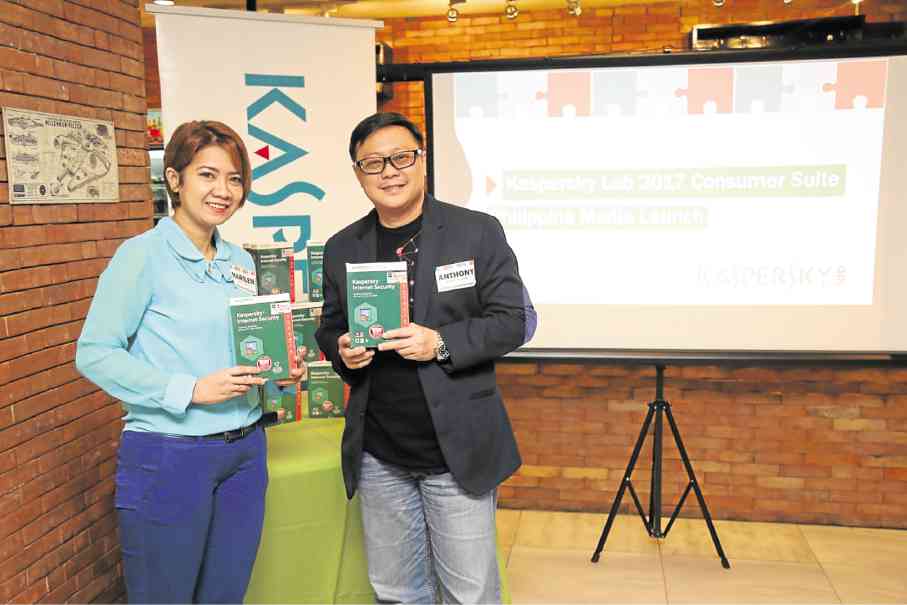 A more digitally connected world also means a world that is more vulnerable to online threats: phishing, spying, tracking, frauds and scams. On top of that, most people now are also multidevice users—which only means more avenues for such threats.

It’s this need which global cybersecurity company Kaspersky Lab hopes to address through its latest product, Kasperky Internet Security. “Filipinos are heavy mobile and internet users, [and they] are also known as one of the most active social media users. Through social engineering or hacking of the human mind, careless and unaware Filipinos could be easy prey for cybercriminals,” says Anthony Chua, Kaspersky Lab territory channel manager for Singapore and the Philippines, at the recent launch of the software’s 2017 version in Makati City.

Secure Connection allows users to connect to public networks safely by encrypting all data being sent and received. It’s a function important to protect online financial transactions, authorization on sites, or transferring confidential information, which could otherwise be intercepted without such protection.

Because people sometimes forget to update their applications, which make them prone to malware attacks, Software Updater regularly scans for such outdated applications and notifies the user when it finds one. The feature gives users the option whether to install updates.

The Software Cleaner feature was included because of a Kaspersky Lab study which found that “37 percent of users store programs that they do not use on their device, [which] overloads the device’s memory and provides extra opportunities for cybercriminals to penetrate the system.”

Software Cleaner then scans all applications installed on a computer and marks those posing potential risk. It also notifies users of programs that have been installed without their knowledge or clear consent (for example, as additional software during the installation of another application). They are also notified if a program slows down the device; provides incomplete/incorrect information about its functions; operates in the background mode; shows banners and messages without permission; or is rarely used.

Upon receipt of a report from Software Cleaner, users are given the option to either remove or leave the application in question.

Kaspersky Internet Security’s best feature, however, is that one license can be used for multiple devices, be it a Windows PC, a MAC computer, or an Android device. There are three packages available through local distributor iSecure Networks Inc. (iSN): P990 for one device; P1,980 for three devices; and P3,080 for five devices. Each license affords one protection for two years, said Marilen Young, iSN consumer sales and marketing manager.

But even with such savvy security features, Chua still advised Kaspersky users to remain vigilant when it comes to transacting online.

“Nowadays, youngsters are all on social media, are into online purchasing. They are all the more vulnerable, so being cyber savvy online matters the most. It is highly important to behave carefully online. Think security at all times,” Chua says. Annelle Tayao-Juego