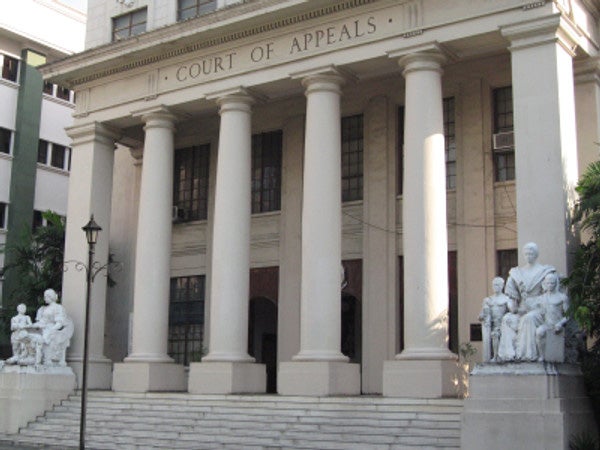 For Gotianun-led East West Banking Corp., its quest to compel Victorias Milling Corp. (VMC) to swap close to P350 million in convertible notes into equity isn’t over—even when the Court of Appeals (CA) has declared that the battle is over.

The appellate court has issued an entry of judgment rendering final its decision to reject East West’s petition to compel the debt-to-equity conversion despite the bank’s existing appeal with the Supreme Court.

In a disclosure on Tuesday, VMC said it has received a resolution from the CA stating its decision to reject East West’s petition had become final in the absence of any further appeal filed at the Supreme Court. “[The] decision became final on June 12, 2016. An entry of judgment is ordered issued,” VMC quoted the CA’s final word dated Sept. 23, 2016.

In a subsequent disclosure to the Philippine Stock Exchange on Wednesday, however, East West insisted it still had an existing petition with the high court. Citing a report from its legal counsel, the bank said it had timely filed a petition for review on June 10, 2016, docketed as SC-G.R. No. 225181, questioning the appellate court’s decision.

“In a manifestation dated Nov. 15, 2016 filed by the bank through its external counsel, the bank informed the Court of Appeals that there was, in fact, a petition filed before the Supreme Court,” the bank’s disclosure said.

The bank said the high court even issued on Aug. 8, 2016 a resolution directing VMC to file its comment on the petition for review. In fact, VMC had even complied based on a copy received by the high court on Oct. 21, 2016, it added.

East West has been seeking to nullify and set aside the Securities and Exchange Commission (SEC) decision on Aug. 11, 2015 denying the bank’s motion to compel the sugar firm to allow the conversion of debt notes into equity, a move that would have given the creditor the opportunity to unlock higher values from its debt exposure to VMC.

The CA first rejected the bank’s appeal on Jan. 19, 2016, citing “no new grounds or bases sufficient to compel modification or reversal of the said challenged decision.”

The bank insisted it had the right to compel the conversion of such debt into equity, arguing this would serve both its interests and Victorias’. It said this would strengthen the sugar firm’s capital position while, at the same time, it could also recover its losses during the time that VMC was in a difficult position.

Had the bank been allowed the transaction, the bank would have opted to sell its shares in the open market and realized higher gains.  VMC is currently trading at around P4.60 per share at the local stock market.

On the other hand, if the bank were to accept the debt prepayment, it would get only around P2 per unit.

East West is the only major creditor that has refused to accept Victorias’ prepayment of debt, arguing that conversion should be given preference over retirement of debt ahead of maturity.

In earlier rejecting the bank’s petition, the CA said the redemption of the VMC convertible notes would be in accordance with the terms and conditions of the alternative rehabilitation plan and the debt restructuring agreement that the sugar firm executed with its creditors in 2002.

For its part, VMC had opposed East West’s demand to convert the debt into equity, saying the very purpose of rehabilitation would be to settle debts to creditors. The redemption of convertible notes is part of VMC’s efforts to cut its debt stock and exit corporate rehabilitation.

VMC pays 8 percent per annum on the principal amount of these convertible notes. Every year until the convertible notes fall due in 2018, holders of these debt notes have the option to convert their exposure into equity. Conversion into equity, however, is limited to 13 percent each year, which means no creditor could not convert its entire holdings at just one time. —Doris Dumlao-Abadilla