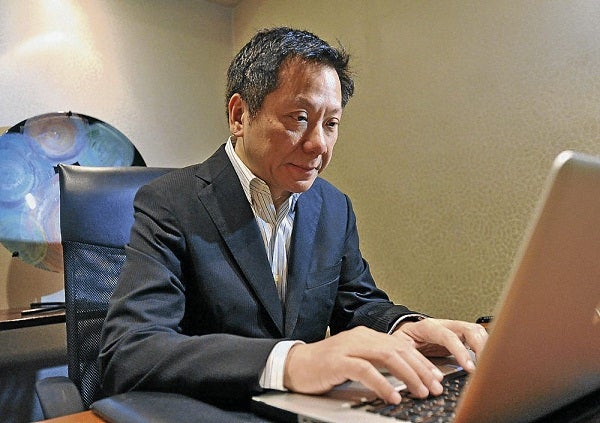 Taipan Andrew Tan’s Emperador Inc., the world’s biggest brandy company, is now snapping up valuable assets in the New World after closing a series of deals in Europe over the last two years.

Emperador said in a statement on Saturday that its subsidiary, Bodegas Las Copas, a venture with Spanish family winery González Byass, was buying Domecq brandies and wines of Paris, France-based Pernod Ricard in Mexico for an undisclosed amount.

The move, which opens up the massive Latin American market to Emperador, included Mexican brandy brands Presidente, known to be Mexico’s No. 1 selling brandy, Azteca de Oro and Don Pedro.

Domecq brandies already covers half of the brandy market in Mexico, the company said.

Pernod Ricard, which wanted to “simplify” its portfolio, said in a separate statement that the deal also involved the winery related to the production of Mexican wines in Ensenada. This was apart from “relevant inventories” related to the Domecq brands in various markets, including Spain, the United States, Belgium and the Netherlands.

“This recent acquisition fits perfectly with our strategy to fortify Emperador’s status as the No. 1 brandy company in the world,” Winston Co, Emperador president, said in a statement.

The deal was launched barely a year since Emperador bought the brandy and sherry businesses of Beam Spain S.L. for 275 million euros (P14.5 billion).

That transaction included four iconic brands: Fundador, the oldest and largest Spanish brandy in the world; Terry Centenario, the No. 1 brandy in Spain; Tres Cepas, the largest selling brandy in Equatorial Guinea, and Harveys, the No. 1 selling sherry wine in the world.

Emperador also operates a global Scotch whisky business, Whyte and Mackay, which Emperador bought in 2014. Emperador, which launched its brandy line in the Philippines 26 years ago, said its products were available in 100 countries around the world.

Brandy remained a strong growth driver for Emperador even as sales in other segments slowed.

In the nine months through September this year, brandy sales rose 9.9 percent, following the acquisition of the Fundador brand. Total revenues during the period, however, were down 4.2 percent to P27.9 billion as the company ended the distribution of an agency brand from the Scotch whisky business.

Overall profitability was still up as Emperador said net income in the nine-month period hit P4.9 billion, up 4.7 percent on better margins.