How a ‘good business’ can become better 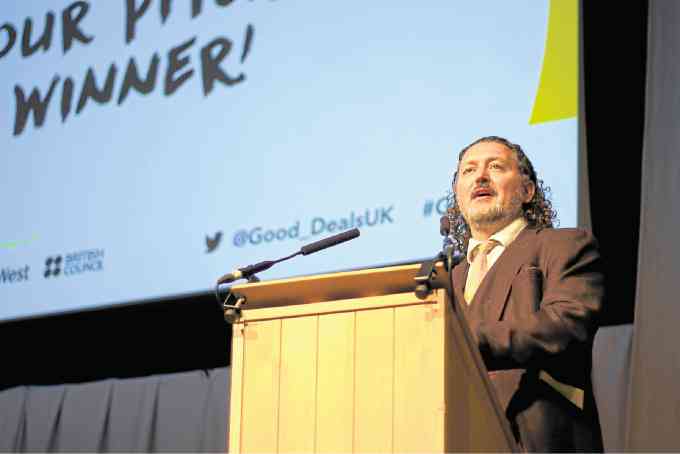 Birmingham, United Kingdom—Compared with developing nations, growing a “good business” can be a walk in the park in industrialized countries such as the United Kingdom.

The UK, the global leader in social enterprise, boasts of over 70,000 social enterprises whose mission is to solve the most pressing social problems, particularly poverty and environmental degradation, through innovative business models.

These social enterprises at the same time contribute £24 billion (P1.49 trillion) to the British economy annually.

But how can less developed countries like the Philippines, where almost a quarter of the population is considered poor, generate the same business growth and social impact?

Here are some key takeaways from foreign business leaders and social innovators who spoke during the recently concluded ninth Good Deals conference and Social Finance Fair at the University of Birmingham.

Good Deals is UK’s international conference on social enterprise and social investment where hundreds of delegates from across the globe discuss the most pressing issues facing the industry.

There is no single formula to solve business challenges, so a social entrepreneur should set his goals clearly from the start.

This was how Cliff Prior, chief executive of private British social investment institution Big Society Capital, emphasized the need to stick to the basics of social entrepreneurship.

Aside from generating money through trade and reinvesting a portion of the revenue in the business or society, a social enterprise should be driven by a clear mission, which it must fulfill at all times, Prior said.

So if a business was built to help farmers generate better produce, one must focus on implementing together with the beneficiaries systems that would improve their livelihood and solve issues confronting them.

However, posting a profit and having clear goals are not enough. An entrepreneur should also be able to measure the impact of his business.

“It’s important how you measure your value. How do you make [your profit] more than just numbers? [An entrepreneur should] find where the value of the business is, [so he would know] what to do with it,” said Pasha Michaelsen, operations manager of Refugee Support Network, a London-based charity which helps young economic migrants or refugees and survivors of trafficking through education in the UK.

As in many other countries, the Philippine social enterprise sector’s biggest problem is lack of government support.

“We need a legal framework for social enterprises to protect and further support the growth of the sector,” said Abebe, who founded Ethiopia’s leading ambulance and emergency care provider.

The United Nations, meanwhile, looks forward to a progressive social enterprise sector in Asia Pacific, particularly in the Philippines as the UN moves to extend its support to the local industries in the region.

What the estimated 30,000 thriving Filipino social enterprises need to do is tap the UN to get knowledge-sharing aids that could help reshape their business models and make them more effective at what they want to do.

Beginning January 2017, the UN will push for coordination with local governments and social enterprise groups in Asia Pacific countries.

“We have a project that will be launched to support governments in implementing effective policies and strategies around social enterprise and impact investment. And we welcome any opportunity with the Philippine government,” UN Economic and Social Commission for Asia and the Pacific Science-Tech and Innovation Adviser Jonathan Wong told the Inquirer.

The UN also expressed its willingness to support the passage of the Poverty Reduction through Social Entrepreneurship bill, which is still pending in the Congress.

“We would be happy to support the Philippine government if there’s a willingness to push [the PRESENT bill] through,” said Wong.

He added that for legislation to succeed, the “government has to want to do [policies like the PRESENT bill]. And [the UN] would be happy to support the government in doing that.”

With the local corporate sector tainted by bogus non-government organizations that posed as businesses doing charitable works, the public has a tendency to be cynical about businesses that claim to do good, such as social enterprises.

Pioneers Post founder and editor Tim West stressed that social entrepreneurs must therefore be able to assess and verify the legitimacy of every entity and individual who would do business with them.

Doing so will mean thorough research of the business model and finance operations of possible investors and partners.

To be able to validate the authenticity of a company, its revenue proceeds and social impact claims must be clearly identified too, said West, who is also at the helm of Good Deals.

While some countries, including the Philippines, still suffer from the lack of awareness of and appreciation for social enterprises, others are now confronted with what could be their toughest challenge— sustainability, shared British Council Global Head of Social Enterprise Mairi Mackay.

And Filipino social entrepreneurs should also be prepared for it.

Social enterprises today rely mainly on investments and funding, but they must strive to become independent in the long run.

This is according to Chief Executive Dai Powell, who talked to media in London about the secret to the survival of 34-year-old Hackney Community Transport (HCT).

The company also opens employment opportunities for people in deprived communities in the country.

If a social enterprise aims for sustainability, dependency on grants and donations is a big no-no.

Powell believes that through continuous reinventing of a business model, a social enterprise can eventually fully finance itself, like what HCT did.

In the early 1990s, the company started bidding for contracts and later on gained the trust of its partners.

“We don’t rely on volunteering, grants or donations to stay afloat in the long run. We now get 98 percent of our revenue from contracts, which makes the business sustainable and independent in the next few years,” he said.

He also pointed out the need for good and strategic leadership on top of an enterprise as one “can’t be a successful social enterprise if [it’s] not primarily, a successful business.”

Has change really come for Filipino social enterprises? Are they ready to succeed and help bring down poverty?

“Absolutely, with the government commitments that will be made with SDGs (Sustainable Development Goals), coupled with the already vibrant entrepreneurial activity that we’re seeing in Asia. Bringing those together, absolutely, social enterprise can thrive in the Asia Pacific region,” Wong said.