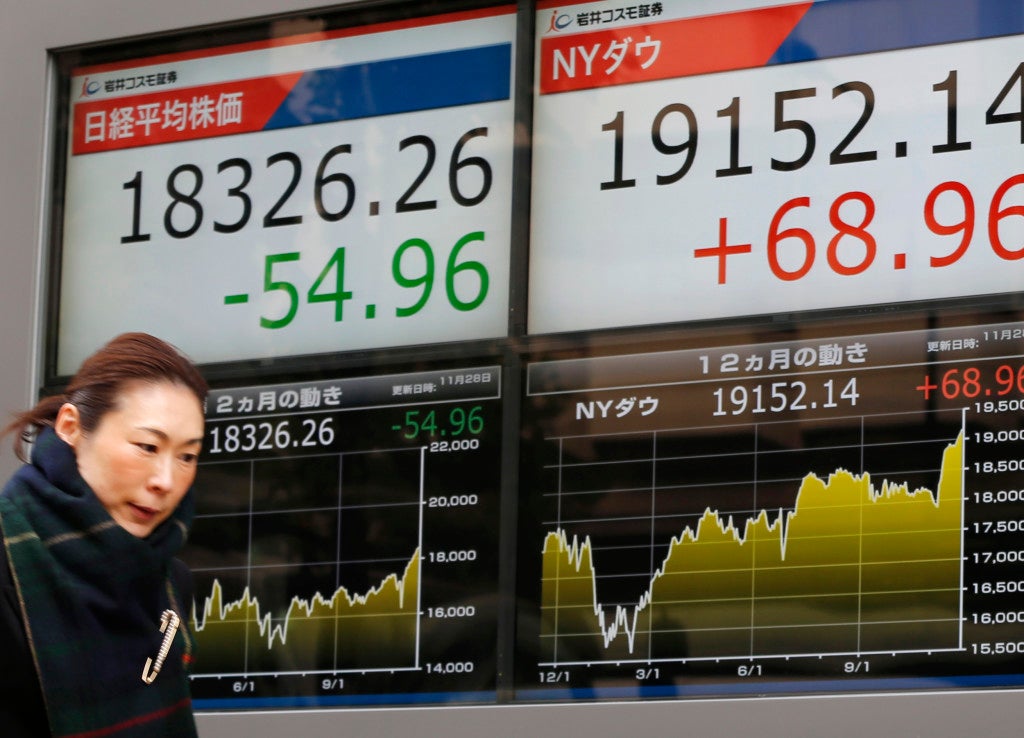 TOKYO—Asian stocks were mixed Wednesday, as investors awaited the results of a key meeting of oil producing nations.

OIL WATCH: Oil rebounded despite mounting skepticism that oil producers will reach agreement on curbing output, which could put a floor on prices. Benchmark U.S. crude added 31 cents to $45.54 a barrel in electronic trading on the New York Mercantile Exchange. Brent crude, used to price international oils, rose 40 cents to $47.72 a barrel in London.

THE QUOTE: “All eyes will be on Vienna today with Iran and Iraq both digging their respective heels in on production caps. Failure to come up with a viable solution will see oil much lower tomorrow,” said Jeffrey Halley, a senior market analyst at OANDA.

JAPAN ECONOMY: Japan’s benchmark fell back after the government reported that industrial production rose 0.1 percent from the month before in October, down from 0.6 percent in September and 1.3 percent in August. Economists said the data showed growth was sustained, but below par.