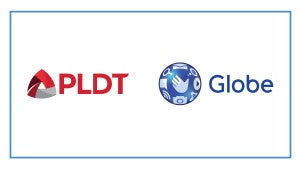 MANILA — Industry giants PLDT Inc. and Globe Telecom finally agreed on Monday to lower access charges for domestic voice calls between their networks, described as among the highest in the region.

It came as a welcome surprise to some subscribers, including driver Marcelino Pescueso.

“Most of the time, I just text if it’s to another network. It’s cheaper that way,” Pescueso, speaking mainly in Filipino, said in an interview after he heard about the agreement signing Monday morning.

“Of course, it’s better to call. I can say more things, instead of typing long messages,” he added.

Pescueso, who appealed to both PLDT and Globe to also improve the quality of voice calls, is not enrolled in any post-paid plan, and uses a so-called feature phone.

In other words, he was part of a still-significant share of the country’s 100 million population without a smartphone.

This is a market that has yet to fully transition in the telco industry’s digital shift, referring to subscribers moving away from conventional calls and text messaging, to instead use internet-powered platforms like Facebook and Viber to communicate.

It was also this market that PLDT and Globe sought to highlight when they agreed Monday to “voluntarily” cut the interconnection rate for voice calls between their networks by up to 38 percent.

The event was witnessed by officials from the Department of Information and Communications Technology and National Telecommunications Commission. 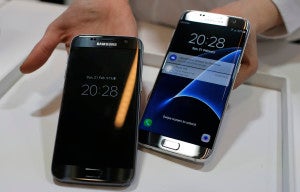 A version of Samsung Galaxy: Smartphone users are now demanding that PLDT and Globe improve their Internet speeds as they now more use Internet-based apps for communicating. (AP FILE PHOTO)

It also came less than a week after President Duterte renewed a threat to bring in more competition to the telco and energy sectors, without detailing steps he would take to achieve this. Mr. Duterte added he would “forget my statement” if prices went down.

According to the agreement signed Monday, the interconnection rate for a Globe subscriber calling a PLDT subscriber, which includes the Smart, Sun and TNT brands, or vice versa will be fixed at P2.50 per minute effective Jan. 1, 2017.

Telcos pass on the interconnection charge to subscribers, meaning a reduction here would translate to lower cross network calling rates. It would have an impact on PLDT and Globe’s voice call revenues, already eroding because of the digital shift.

According to NTC Commissioner Gamaliel Cordoba, the new access fee puts the Philippines at par with most of the region, where interconnection rates range from P2.25 to P2.50 per minute.

“It is really ushering in all the 50 percent that are not yet on smart devices, which are really the lower-income demographic,” Eric Alberto, who will be PLDT’s new chief revenue officer, said in a press conference after the signing.

He said this was a “move which would rationalise voice interconnection to make calling more affordable.”

The agreement they signed  Monday indicated that prices would go down “taking into account the agreed interconnection charge”— but it was not certain up to what level. Cordoba said government could not dictate this and it was a business decision to be made by each telco.

But Gil Genio, Globe Chief Technology and Information Officer, said Monday this would lead to more unlimited offers in terms of cross network, or “all net” calling promos.

These exist today, but the bundles are not marketed as aggressively.

“It will help us be more aggressive in voice calling going forward,” Genio said, adding that voice traffic was rising, but revenues were “not growing as fast.”

“The question as a business is when do you start doing something… to prevent [conventional] voice calling from disappearing from the telcos,” he added.

Earnings disclosed by PLDT and Globe indicated that voice calls, while still a massive part of their business, have been steadily declining as more subscribers shift to internet applications.

That shift is expected to pick up as smartphones become more affordable and accessible to broader market segments.

As such, a number of consumers complained that both telcos should also improve internet services, which they described as “unreliable” and “expensive.”

“Next one should be internet connectivity speed, lower rates and reliability,” Facebook user Rafael de Leon said in a social media comment after hearing about Monday’s signing.

The NTC said the development was in line with its mandate to provide an environment allowing “the most extensive access to basic telecommunications services available at affordable rates to the public.”

DICT Secretary Rodolfo Salalima said Monday that further steps were being taken to reduce the cost burden on consumers, while improving services.

He added that government was still eyeing the revival of a National Broadband Network, which would deliver high-speed internet and basic telco services to far-flung areas in the country.

Both PLDT and Globe also sought the government’s help anew to cut layers of bureaucratic red tape, so they can speed up the deployment of crucial telco infrastructure.

“We are more than willing to spend billions of dollars to increase infrastructure to scale up our mobile network, primarily for data. That, in turn, allows the benefit of scale to be passed on to customer,” Globe’s Genio said.  SFM