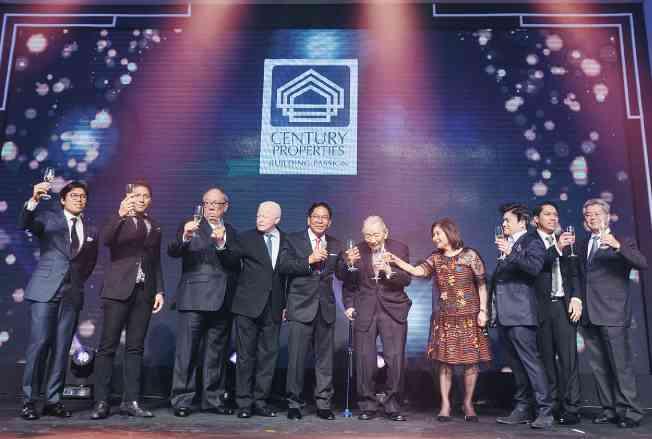 Behind all the glitz and glamour was a sincere, heartfelt desire to thank every individual who, in one way or another, had been instrumental in the tremendous success and sustained growth of Century Properties Group.

Standing before a well-heeled crowd and some of the country’s most prominent personalities, Century Properties Chairman and CEO Jose E. B. Antonio took a moment to express his gratitude and share the story of how their company, from its humble beginnings, managed to “reach for the extraordinary” over the last three decades.

“I am deeply touched by your presence here tonight. As we celebrate our 30th anniversary, we would like to make this an evening of thanksgiving. So we’d like to thank all our partners, shareholders, investors, clients and homeowners. Thank you for your support and your continued trust and confidence in us. To our bankers, thank you for continuing to help us grow bigger and better. Thirty years went by so fast but we remember and could not forget certain milestones,” Antonio said.

Antonio recalled how they were able to set up Century Properties in 1986, then a period of great instability, and went from there to carve a niche in the local real estate market, as well as earn the respect and adulation of some of the most renowned personalities in the local and international scene. 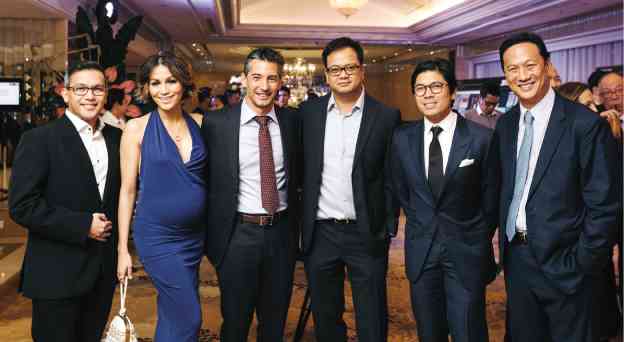 “Our company started in 1986 with six people in one of the most uncertain times of our country’s history. Two weeks later, came the People Power revolution. Since then we rode four economic cycles and hurdled many challenges and opportunities and with perseverance and hard work, we were able to weather them,” Antonio shared among guests, closest friends and trusted partners.

It was indeed a proud moment for Antonio, the man whose company had withstood various economic cycles yet managed to emerge an even stronger contender in the highly competitive world of real estate development.

This was the same man who broke the barriers, raised the bar in upscale living, and introduced the Philippines to the world and vice versa.

Antonio and Century Properties were the gamechangers of the industry, allowing Filipinos to get a glimpse of what it’s like to live the Paris Hilton lifestyle, imbibe the Donald Trump prestige, and live the essence of design powerhouses like of Missoni, Armani, and Versace.

But what really set the mood during the celebration, held at the Makati Shangri-la Hotel last November 24, was Antonio’s recollection about a man who had been very instrumental in the fulfillment of his dreams—Henry Sy Sr.

“Special thanks to a person who gave me my first loan which I shall never forget, in 1987, a modest amount but it was used to partly help build our first condominium project. I’d like to particularly thank Mr. Henry Sy for believing in me. And thank you Tessie, to you and your family,” Antonio said.

Meanwhile, Antonio also paid tribute to clients from 50 countries who continue to patronize the company’s various gamechanging developments, as he committed to continue creating products that customers will be truly proud of.

“Thanks to all especially our people, our consultants, and brand partners. Thank you for bringing us to where we are today. Allow me at this point to particularly thank three special persons who supported me throughout this journey. My wife Hilda, who was steadfastly there taking care of and watching over our four boys and her persistence that continue for us all to work with passion and excellence, and; My mother Virginia, who is now watching us from Heaven and my dad who is here tonight and who was with from the beginning and up to this day. Thank you for all your sacrifices,” he concluded.

It was a festive mood that ruled the night with entertainment provided by singer-actress Vina Morales and singer-actor Piolo Pascual, both Century homeowners, as well as Gary Valenciano. There were a;sp cocktails and drinks, followed by a sumptuous sit-down dinner course—all reflecting the company’s innate sophistication, class, and appreciation for the finer things. 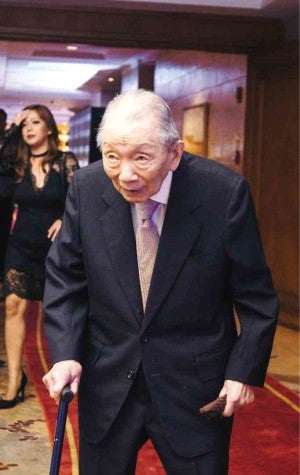