When the list of the so-called Next Wave Cities was published a few years back, it did not only attract prospective investors in the information technology and business process outsourcing sector (IT-BPO).

It likewise called the attention of local property developers wanting to tap the lucrative opportunities offered by these cities, which were identified to have the necessary factors to support the continued growth of the industry.

Since this program was initiated in 2009, the places that made it to the list have seen tremendous economic growth, investments and employment. Of course, property developers were not far behind.

And this year would likely be no different. The locations included in the new list of Top 10 Next Wave Cities, which was published earlier this year, are expected to draw the same attention and success as it did previously.

As it is, these cities have already seen a number of developers flocking in the area, setting up residential, offices, and mixed-use developments to cater to the expected influx of investors.

Bristle Ridge on the other hand, is also built atop a ridge where three six-story buildings is set to be completed in 2020. 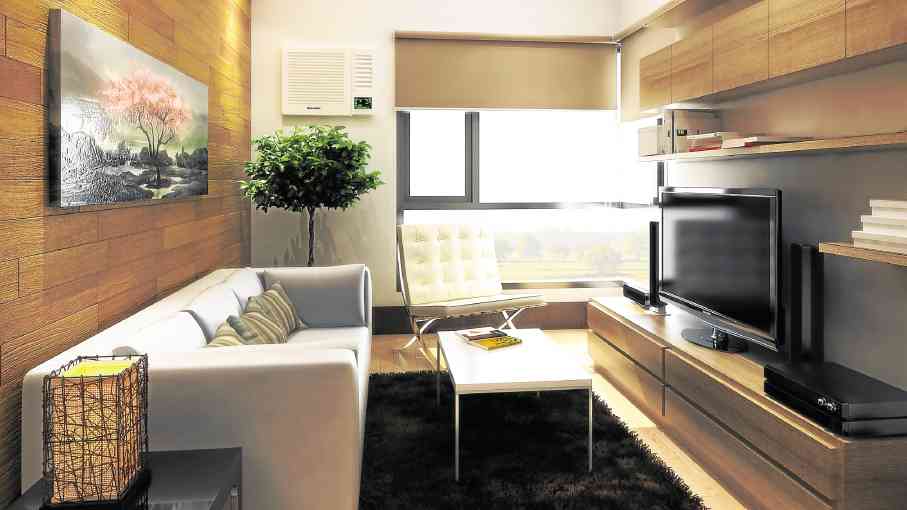 To rise on a 7,564 sq m property, the Avida Towers Aspira is already the second Avida development in the city after Centrio Tower, the first high-rise residential condominium to be completed in the city.

The 27-story Tower 1 will house a total of 636 units, with studio, 1 Bedroom, 2 Bedroom and Bi-level unit offerings with a target completion date on June 2018. The amenity area is located on the fourth floor podium level while the ground floor hosts the retail area.

Convenience for its future residents is further enhanced with its proximity to Centrio complex where commercial and office spaces as well as Seda Hotel are located.

Built on a 7.7 hectare property, Almeria Verde will feature complete amenities such as a a club house, swimming pools, a basketball court.

In DASMARIÑAS CITY, among the grandest developments include Stateland’s Washington Place, a 40-hectare prime property along Aguinaldo Highway.

According to Stateland, Washington Place offers homebuyers remarkable advantage with its enviable location of being just under five minutes to popular malls, SM and Robinsons Dasmariñas, and the leisure and relaxation opportunities of Tagaytay just 15 minutes away.

DUMAGUETE CITY has experienced a significant level of economic growth in recent years thanks to influx of new investments and arrival of large and small business corporations. In 2015, the city reported 584 new businesses opening in the city.

In LIPA CITY, among the latest developers to invade the city include PA Properties that is currently finishing the 12.8 hectare NUVista Lipa located at Barangay Antipolo del Norte.

The Mediterranean-style community is divided into two enclaves: La Belle (where single detached/attached models are located) and La Aldea (townhouses). There are 1,011 residential lots available, which represent about 58 percent of the total land area. This means the community offers generous open spaces, parks, playgrounds and commercial facilities to provide a fully integrated living experience for future residents.

The provincial capital of Bulacan, MALOLOS CITY has again been recognized by the Philippine Chamber of Commerce and Industry as the “Most Business-Friendly Local Government Unit” during the 42nd Philippine Business Conference and Expo held in Pasay City.

NAGA CITY has been a regular recipient of “Most Business-Friendly City” award thanks to its collection of micro-, small-, and medium-enterprises (MSMEs), which make up around 95 percent of the city’s economy. It should be noted that technology giants IBM, Concentrix, Stellar and Sutherland are thriving in the city, employing close to 5,000 staff.

With so many industries, premier residential communities, educational institutions and top-notch commercial and entertainment destinations locating in STA. ROSA CITY, it’s no wonder this city, 40 km south of Metro Manila is dubbed as the next Makati of the south.

Leading its transformation are property giants like Ayala Land (1,860-hectare Nuvali Evoliving, 400-hectare Ayala Westgrove Height) and CrownAsia (25-hectare Valenza) where some of their biggest communities are located.

Last year, the MUNICIPALITY OF TAYTAY was included among the Galing Pook Awardees for its Local Garments Industry Institutionalization program. Taytay had long been known for garments production based on numerous informal and small family-based enterprises but this time the municipality is fast becoming a favorite location of technology firms including SM Taytay BPO.