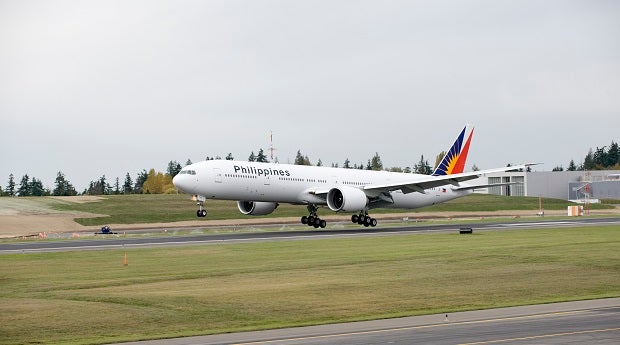 Photo courtesy of Philippine Embassy in the US.

Flag carrier Philippine Airlines (PAL) is opposed to a plan to increase fuel excise taxes, saying this will increase overhead costs by the “billions” of pesos, and likely result in less demand for air travel.

PAL president Jamie Bautista was reacting to a proposed comprehensive tax reform program now being pursued by the Department of Finance (DOF). Part of that involved increasing the excise tax on oil products, which Finance Secretary Carlos Dominguez III said in a hearing last August remained unchanged for “two decades.”

On the first year of its implementation, the hike would bring the tax to P10 for every liter of regular gasoline and other products, including jet fuel, from about P4.50 per liter.

Bautista said he did not agree with the increase. He said it was an issue the domestic aviation industry would need to tackle, although he noted they were not yet in any talks with the DOF.

“It will cost us billions of pesos,” Bautista said on the sidelines of the recent 60th Assembly of Presidents of the Association of Asia-Pacific Airlines. He noted PAL’s excise tax bill amounted anywhere from P300 million to P500 million a year.

Since taxes would likely be passed on to consumers, this was expected to translate to lower demand, he added.

“The Philippines is a very price-sensitive market,” Bautista said. “It may affect the appetite of travellers to fly.”