Traditional Christmas lanterns hold their own vs modern flexi-lights 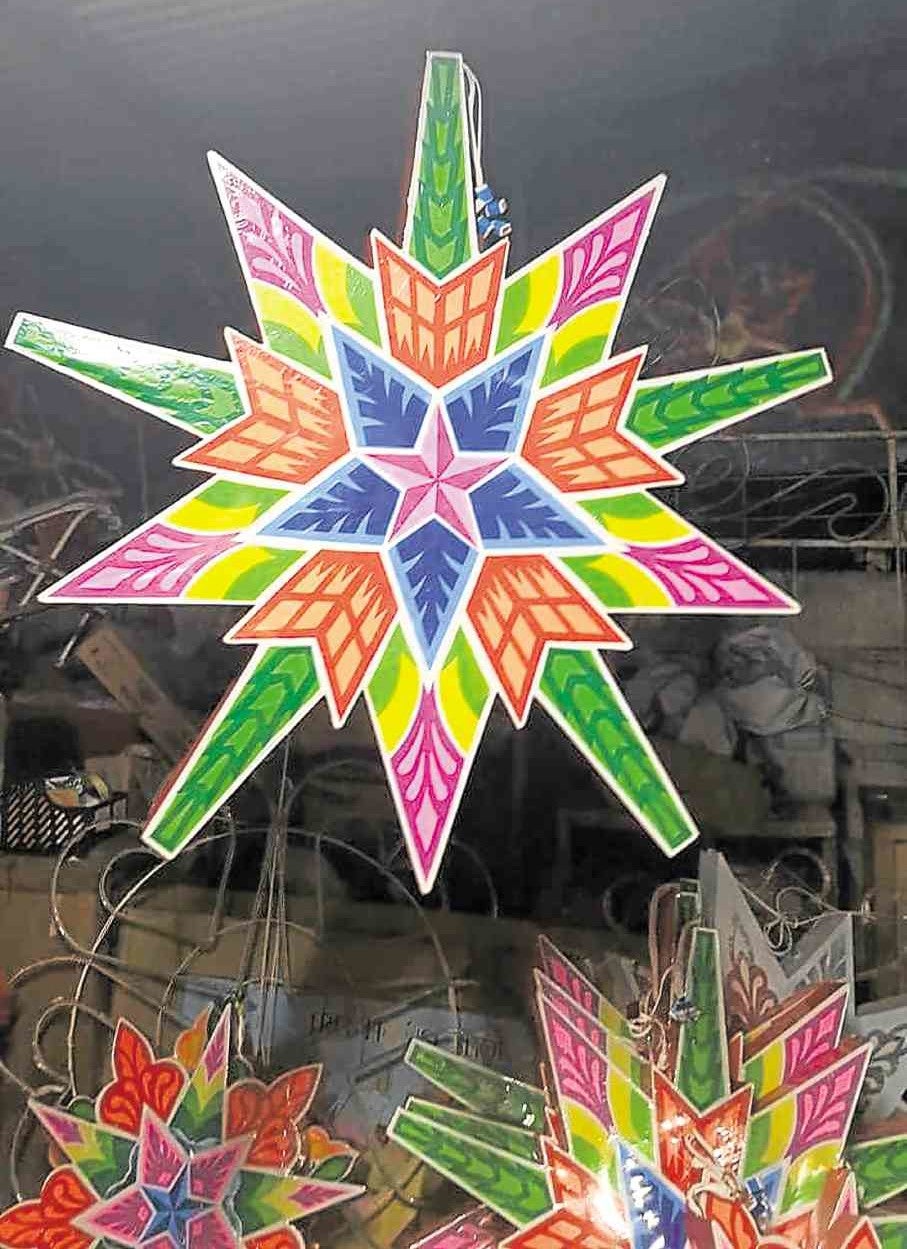 CITY OF SAN FERNANDO— The 15 stalls along Jose Abad Santos Avenue in this Pampanga capital give the impression that lanterns encircled with flexi-lights (flexible lights) have taken over the traditional Christmas lanterns for which the city is known.

Lanterns of this kind are selling briskly in the run-up to the yuletide holidays due to their affordable prices and durability. A lantern as wide as the rim of an oil drum sells for P1,000, while an item five times that size fetches P10,000.

But outside the avenue strip, many craftsmen continue to produce traditional Christmas lanterns and manage to still make money.

Parul Sampernandu, as elder folk call them, are assembled from frames made of welded wire, colorful plastic sheets, fiberglass or handmade paper, light bulbs and a blinker.

Arvin Quiwa spent two years making these lanterns for his father, Ernesto, until he put up his own Quiman Trading eight years ago.

A former bus driver, Ernesto used to sell his lanterns at gasoline stations and eateries in Metro Manila in 1964 through the help of businessman Odon Gopiao.

His son, on the other hand, began with a capital of P125,000, assembling all by himself the street lanterns ordered by his first client, the Olongapo City government.

In the last eight months, he made street lanterns for the cities of Marikina, Mandaluyong and Pasay, and the town of Pateros in Metro Manila; Bacoor City in Cavite, Olongapo City in Zambales, Limay town in Bataan, and Bocaue town in Bulacan.

He also made four lanterns for the Philippine Embassy in Xiamen, China.

Some companies and local governments put out orders for Valentine’s Day and Independence Day, making the younger Quiwa busy most of the year. His lanterns sell for as much as P7,000 each, depending on the design, size and materials.

“I don’t know why makers of lanterns with flexi-lights are virtually killing our traditional lanterns. Our old lanterns make us unique. These make us stand out,” the fifth-generation lantern maker said.

He sustains the tradition because his great-grandfather, Francisco Estanislao, pioneered in 1908 the making of bigger lanterns that lit the processions of saints held nine days before Christmas. That tradition has led to what is now the crowd-drawing Ligligan Parul (Giant Lantern Festival).

For the 11th year, Robinsons Land Corp. is helping sustain the festival, which will open on Dec. 17, through a subsidy of P2.5 million to 10 participating villages.

The Quiwas, Teddy Aguilar, Mark Flores, Edmar David, Arnel Flores and Florante Parilla are, at times, commissioned by several business establishments and churches here and abroad to make giant lanterns. Their works are priced from P600,000 to P2 million each.

Roland Quiambao is among those who sustain the tradition, sticking to the old elements in his production of decorative lanterns for local governments, fiestas, beauty pageants and shopping malls.

He started making lanterns on a P5,000 loan from the Department of Social Welfare and Development in 1980.

The Quiwas, Flores and Quiambao are among the 12 registered lantern-makers in the city. A hundred or so artisans operate on a seasonal basis, creating short-term jobs in the process.

San Fernando Mayor Edwin Santiago said the city government continues to give a big push to the homegrown lantern industry to help it survive competition, like that posed by the flexi-lights.

Read Next
The Tasting Room chef goes after his own dream
EDITORS' PICK
Metro Manila to have shortened curfew hours from 8 p.m. to 5 a.m. under MECQ
‘NCR Plus’ to be under MECQ starting April 12 until April 30 — Palace
Speed up your game with the new vivo Y20s [G]
Malls adjust ‘NCR Plus’ operating hours for April 12-30 MECQ
Pru Life UK receives four golden arrows for solid corporate governance
Pre-order the new vivo Y20s [G] to get a free TWS earphone
MOST READ
Stop ‘creeping occupation’ of ‘militia’ boats in WPS, Pacquiao asks China
Bea Alonzo clarifies status of her relationship with Dominic Roque
Convicted former aide of Sen. Bong Revilla dies — BuCor
Locsin to China: ‘Then move out’
Don't miss out on the latest news and information.