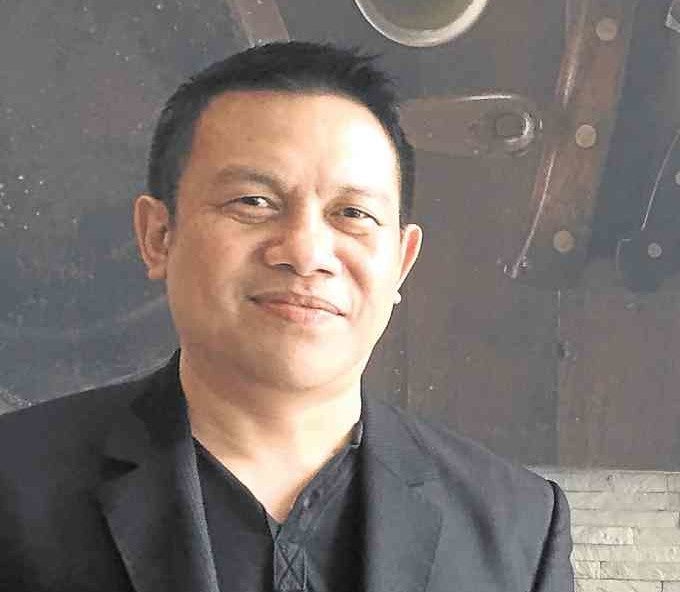 While P500 these days is nowhere near enough for, say, a month’s stash of groceries or to feed a family for a day, it was exactly the right amount of capital a college dropout needed 13 years ago to start his own tech company, which, since then, has evolved into a multinational firm.

That college dropout is 45-year-old Carlos Hinolan, the man behind AudioWAV, which provides “multisensory branding” to brick-and-mortar stores through customized music, visuals and scents.

While he was unable to obtain his bachelor’s degree in Computer Science, Hinolan was able to combine tech knowledge and love of music to start creating custom CDs for retail stores.

“I saw a lot of [foot] traffic in all these retail [stores] and fast-food chains, and [inside], all they had was dead air,” says Hinolan, who had worked as a club DJ when he was 17 years old, and later on, a radio DJ.

“All of this started with P500. I bought a cheap microphone, and I used it with a second-hand computer to record and create content,” he shares.

Hinolan’s big break came early, as he was able to get as his first client a fast-food chain with over 200 stores.

“You could say that that was my ‘magic’ moment,” he says. AudioWAV now employs 70 people and is worth around P2 billion.

As he continued to grow AudioWAV, Hinolan, a father of four, learned that to give his clients and their consumers that flawless in-store experience, he needed to continue evolving his products and services. He found the off-the-shelf disc players he used to play his CDs weren’t designed to run 24/7, 365 days a year—which, of course, wouldn’t work for restaurants which operated under such conditions.

So Hinolan ditched disc players for desktop computers, placed in the back room of his client’s stores.

“But then, that’s why they’re called personal computers—they’re not industrial. So I said, once and for all, [the company] might as well create a performance-centric device which will just do customized music and messaging. That’s how we were able to grow,” he says.

AudioWAV’s proprietary devices, which include audio players for the music, diffusers for scents, and digital players which are attached to LED screens for visuals, allow them to seamlessly create and “sync” the content and in-store experience their clients are looking for.

“We believe stores should welcome, talk, interact, seduce. Because if you’re walking in a mall for 30 minutes, and you enter a store that just smells like plastic, because it’s newly opened, it doesn’t really help [sales],” says Hinolan, “We firmly believe that people don’t just buy products; they buy the experience.”

He also likened AudioWAV’s experience to that of a first date: “We know for a fact that girls would rather engage with guys who speak well, smell good, and look nice, instead of guys who just smell like plastic. And that’s what we basically do for brands.”

The coolest part is that these devices are all controlled remotely by AudioWAV from their headquarters in Laguna Technopark in Biñan, Laguna—even those being used by their clients in Singapore and Indonesia.

“There are people trying to do this—DJs doing CDs, [for example]. I’ve seen stores assigning people to change the CDs every hour. We solved the pain of [doing that], so that when [a] marketing [team] does a campaign, there won’t be any hiccups,” says Hinolan.

Aside from strengthening a business’s brand promise, Hinolan says AudioWAV’s services also help in other aspects, such as operations.

“For a fast-food place, the business wants a faster turnover of tables. So if you play a faster tempo, people tend to move faster, which means their tables are maximized,” he says.

The company has even done the country’s first scented advertisement, which was played in a cinema. It allowed viewers to actually smell, for 30 seconds, the scent of the bath soap being advertised, almost like a 4D show.

With 70 brands and over 2,000 stores under their belt, AudioWAV is gearing up to expand the business next year in Malaysia, Vietnam, Thailand and China, says Hinolan. They’re also preparing to make an important announcement on their latest innovation, a mobile app, in December.

He credits his company’s continual growth to one simple fact: they continue to innovate.

“We spent a lot of years making sure that execution is hands-free and convenient for clients. We’re not using anything off-the-shelf. We’re capable of making our own scents,” says Hinolan. “[Ultimately, AudioWAV] is all about creating intelligent stores.”

Read Next
For your next conference, don’t just say it, ‘draw’ it
EDITORS' PICK
Hidilyn Diaz wins only gold missing from her collection
How not to retire as an ex-president
Shop smarter with vivo’s big 12.12 holiday deals
The vivo Y02 is now available in the Philippines for only PHP 5,299
House energy committee chair Arroyo bats for cheap electricity
Lawmakers eyeing more changes in Maharlika plan
MOST READ
Jovit Baldivino, ‘Pilipinas Got Talent’ winner, dies at 29
LPA enters PAR, to likely strengthen into tropical depression in coming days – Pagasa
Andi Eigenmann, family in Manila for a quick visit; Ellie dines with grandma Jaclyn Jose
Lawmakers eyeing more changes in Maharlika plan
Don't miss out on the latest news and information.