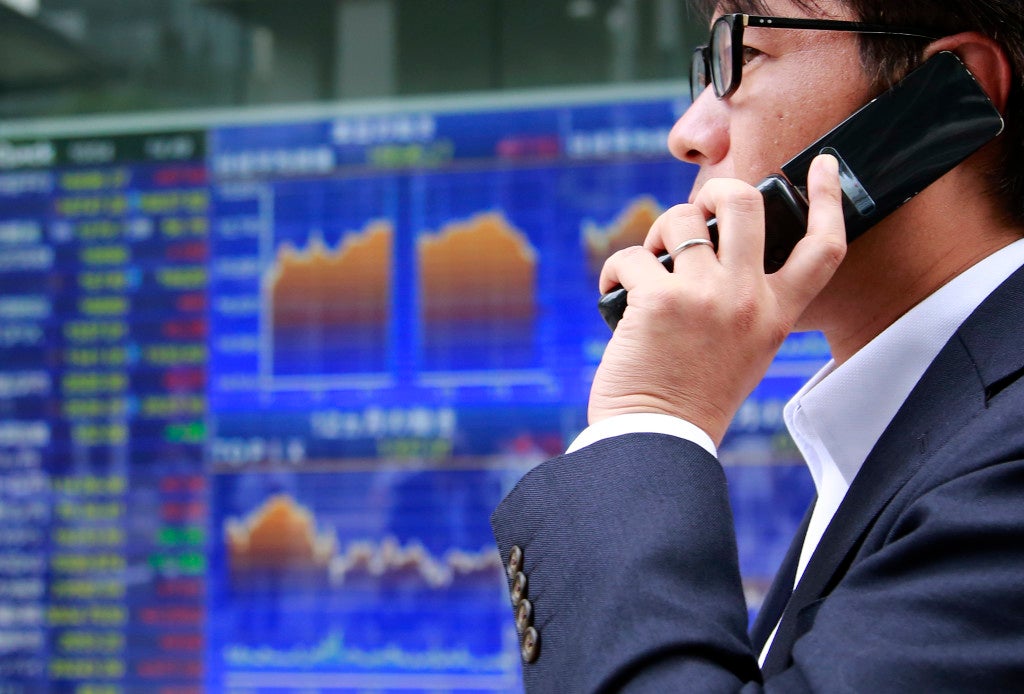 A man uses a mobile phone in front of an electronic stock indicator of a securities firm in Tokyo on Oct. 4. AP

TOKYO—Shares fell in Asia on Wednesday as jitters over the US presidential election and weaker oil prices shook investor confidence.

ELECTION WATCH: Investors increasingly are focusing on the presidential race, as polls between Hillary Clinton and Donald Trump appear to have tightened following last week’s news that the FBI had opened a new investigation into Clinton’s private email server. The narrowing in the race has brought more uncertainty: The VIX, a volatility measure dubbed the “fear gauge” for Wall Street, jumped 14 percent on Tuesday to its highest level since June.

QUOTABLE: “It was always likely that investors were going to be cautious in the lead up to next week’s US election. However, with polls suggesting that Donald Trump’s prospects are improving that caution is translating into nervousness,” said Ric Spooner, chief market analyst at CMC Markets.

FED WATCH: Aside from the election cliffhanger, the Federal Reserve will wrap up a two-day meeting on Wednesday. It is widely expected the nation’s central bank will keep interest rates stable since the election is just next week.