SEATTLE — A brand-new Boeing 777-300ER plane, the latest acquisition of flag carrier Philippine Airlines, is scheduled to land at the Ninoy Aquino International Airport past 9:00 p.m. on Saturday.

It will make its first flight to Vancouver and New York on Nov. 2, PAL president and chief operating officer Jaime Bautista told the Inquirer at the blessing and ribbon-cutting ceremony that started at noon Friday (local time) at the Everett Delivery Center, Boeing’s 500-hectare site here.

“I am very pleased, very happy and thrilled to accept delivery of this brand-new 777-300ER to PAL,” Bautista said during the ceremony. “I would to thank Boeing for this beautiful aircraft and to Intrepid for leasing and financing this aircraft.” 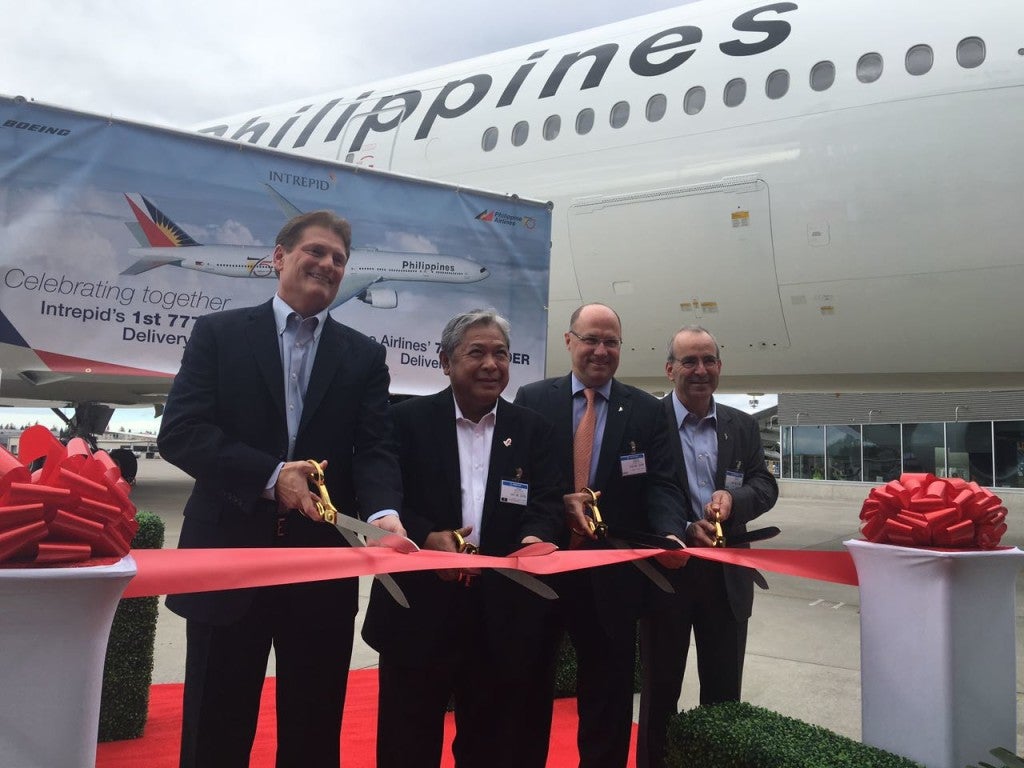 Bautista led the signing and delivery ceremony, along with Doug Winter, president and chief commercial officer for Intrepid Aviation that leased the plane for PAL, and Jeff Klemann, vice president of Boeing Everett Delivery Center and operations officer for Boeing.

“Here’s your Triple Seven and she’s beautiful,” Hartshorn told the PAL executives upon their arrival at the delivery Center.

“On behalf of my chairman Dr. Lucio Tan, I look forward to traveling with you on this beautiful airplane,” Bautista said. “I hope we will have fun on our trip to Manila.”

Fr. Alex Pablo of the Archdiocese of Seattle blessed of the plane, along with its pilots and crew, shortly before it embarked on its maiden voyage to Manila.

PAL veteran Capt. James Conner will be in command of the flight to Manila, with Capt. Joel Dee Tuan Bio as co-pilot.

They will be assisted by First Officer Terence Ragasa and Second Officer James Kevin Conner, the pilot’s son. 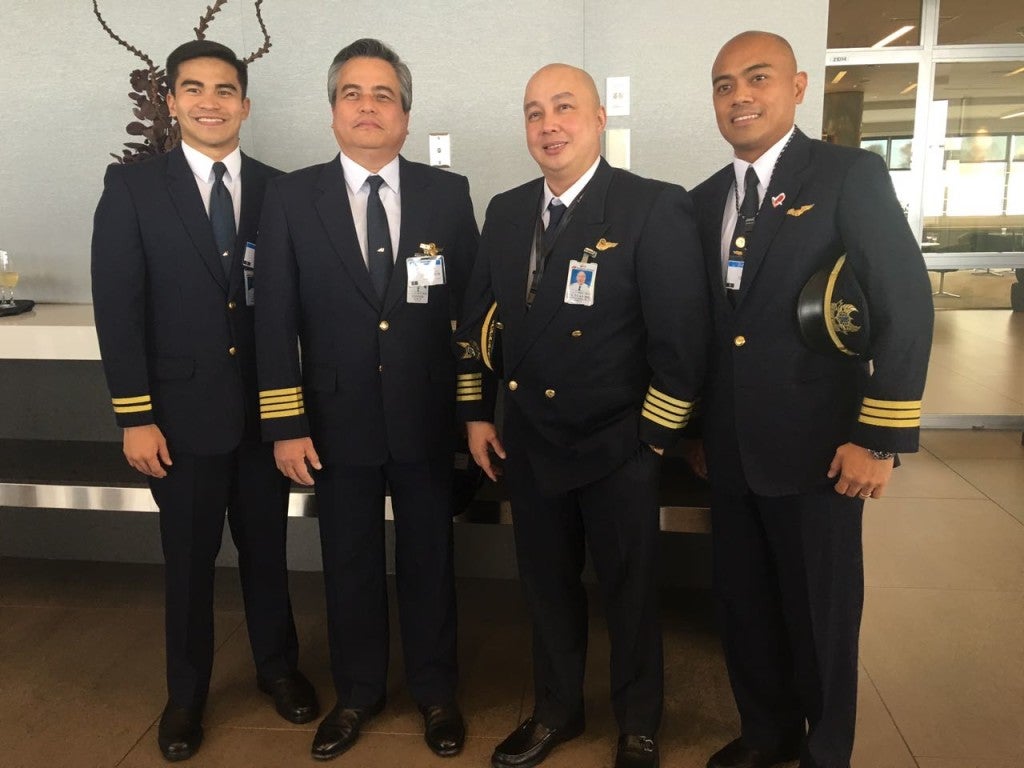 A 40-member delegation led by Bautista will make the 11-hour flight to Manila.

The delegation will include members of the media who had been invited to tour the massive facility of Boeing, the world’s largest aerospace company and leading manufacturer of commerical jetliners, military planes, and space vehicles.

Villaluna assured them that a CAAP team had inspected the plane and that it been tested around the Seattle area after its completion at the Everett factory.

The Triple Seven is 2 percent more fuel efficient than any other aircraft. It can fly 14,000 km and carry 447 tons, or the equivalent of 1,200 balikbayan boxes.

Villaluna said the Triple Seven has 370 seats, 42 of which are business class.

The body of the 74-meter Triple Seven is even bigger than that of a 737. So it’s powered by a GE90 engine, said to be the most powerful and biggest engine in the world.

It took two months to assemble at the Boeing factory, which takes up 40,000 hectares and and 3.5 km from end to end. 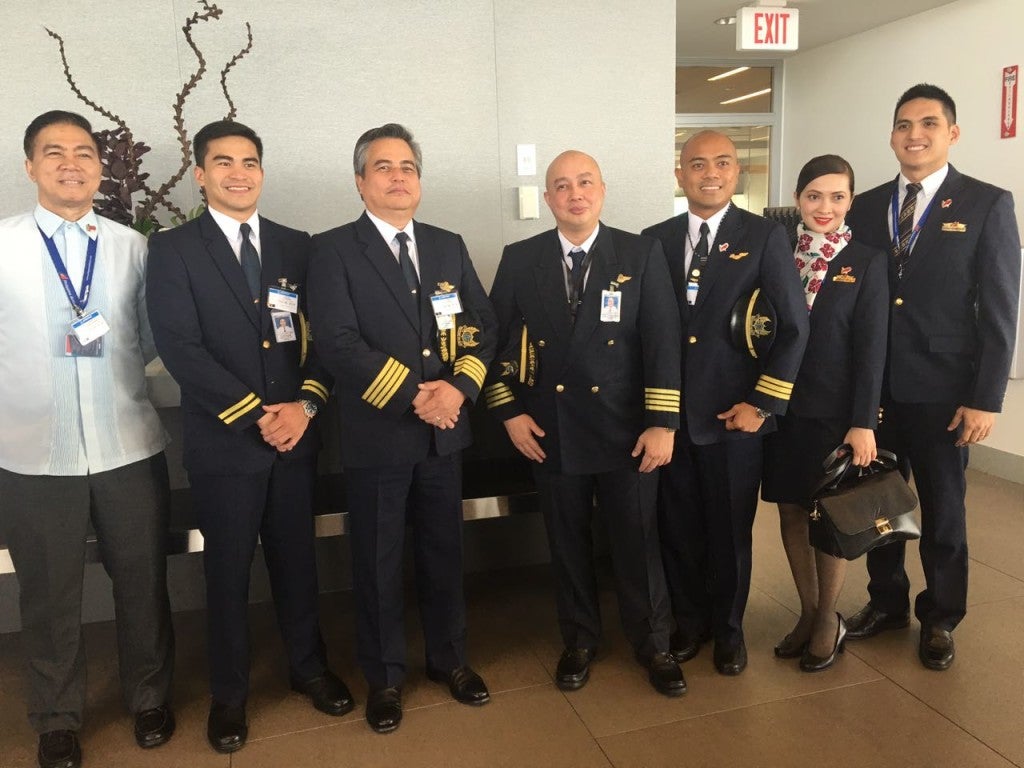 “We’re so excited and this boosts the morale of our employees,” Bautista told the Inquirer on Thursday night during the delivery dinner at the Red Barn, where the 100-year-old Boeing first started its operations.

“With this delivery, we will be increasing our flights twice a day to Los Angeles in December in time for the Christmas season,” Bautista said.

“I’m sure our passengers will love the airplane because this has been proven to be the best aircraft for trans-Pacific operations,” he added.

The new plane, he pointed out, had state-of-the-art entertainment system.

“To our friends in media, I hope you will have a very enjoyable experience flying on this plane,” he said.

This plane especially provides the riding public with better amenities so they can travel in comfort,” he said. “From the point of view of the passengers, this is very good. And for the Philippines this is also good and demonstrates our airlines are competitive.”

For his part, PAL SVP Mison said: “It’s part of our ongoing, continuing fleet modernization and perhaps there is something significant about the number seven, because this is a Triple Seven which is the seventh in our Triple Seven fleet. And we all know seven is a lucky number.”

PAL will get its eighth Triple Seven in December. –ATM 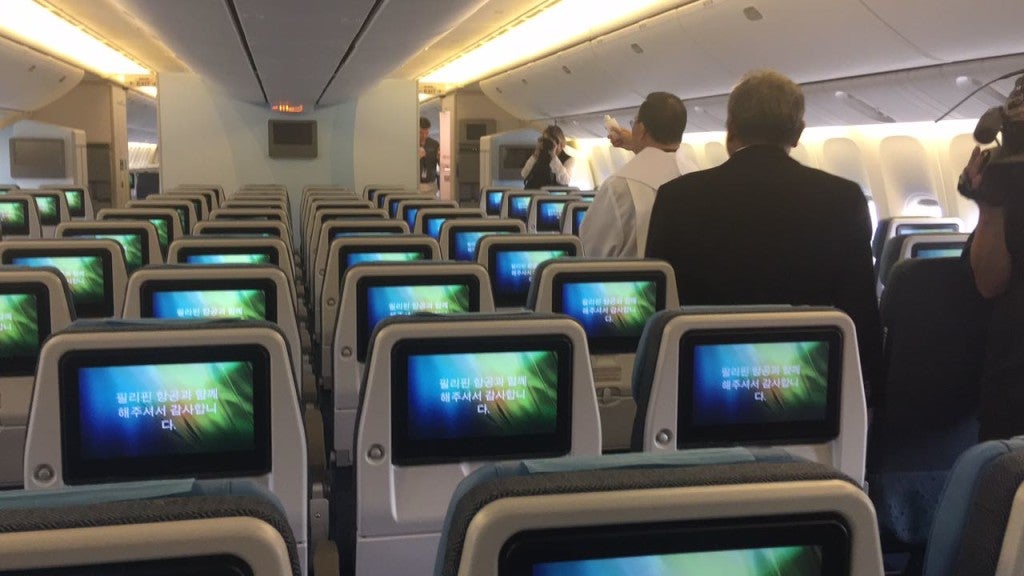