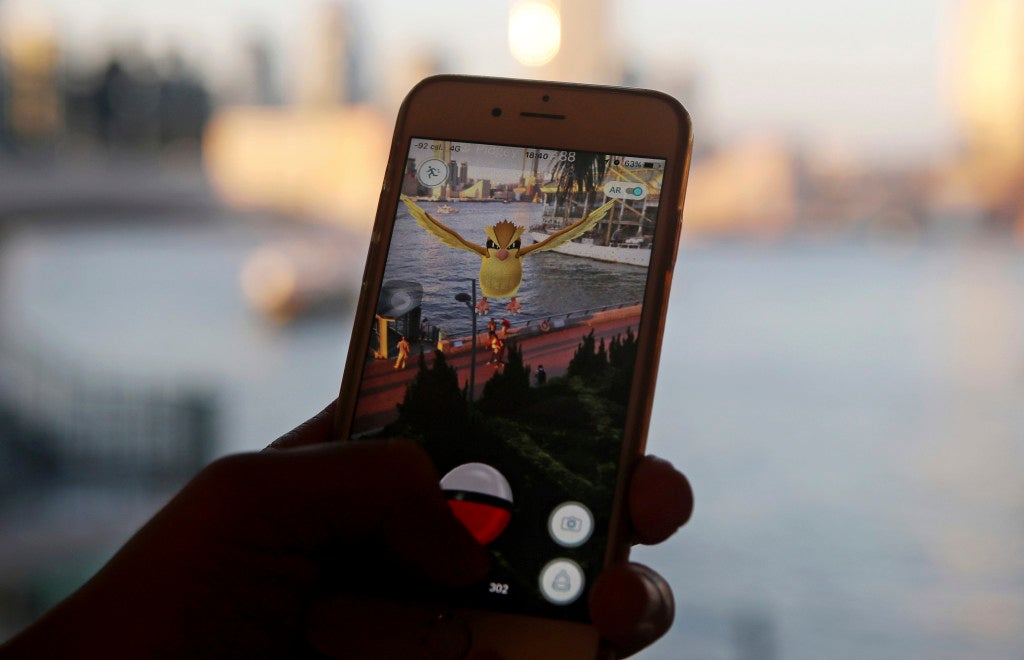 In this July 25 photo, a fan maneuvers his smartphone as he plays “Pokemon Go” in Hong Kong. AP

TOKYO—Japanese video game maker Nintendo Co. has slashed its operating profit and sales forecasts for this fiscal year, despite the global success of “Pokemon Go.”

The Kyoto-based maker of Super Mario games and the Wii U console said Wednesday that it booked a 62.7 billion yen ($601.7 million) gain in April-September from its sale of the Seattle Mariners Major League Baseball team.

That helped push its net profit in the half-year to 38.3 billion yen ($368 million), up 234 percent from the same period the year before. Nintendo said it expects its net profit for the year that ends March 31, 2017, to overshoot its earlier estimate thanks to that gain.

Nintendo’s earnings have suffered from lagging sales of its game consoles, including the Wii U and the 3DS handheld.

Nintendo’s net sales sank 33 percent to 136.8 billion yen ($1.3 billion) in April-September. It cut its sales forecast for the full year by 6 percent to 470 billion yen.

After years of scoffing at the threat from smartphones, Nintendo did an about face last year and entered that sector.

Pokemon Go is definitely its first success since making that decision, and it underlines Nintendo’s potential. The game, which has players looking for Pokemon creatures in their real-life wanderings, is a good match for the classic Pokemon story.

But Nintendo has warned the “Pokemon Go” perk will be limited. The Pokemon Co., a Nintendo affiliate, gets licensing fees and other compensation for the mobile game distributed by Niantic Inc., but that is having a limited impact on its income.

The “Pokemon Go” game became available after the first quarter ended, and playing it basically is all free. The company may get a boost from sales of other Nintendo products.