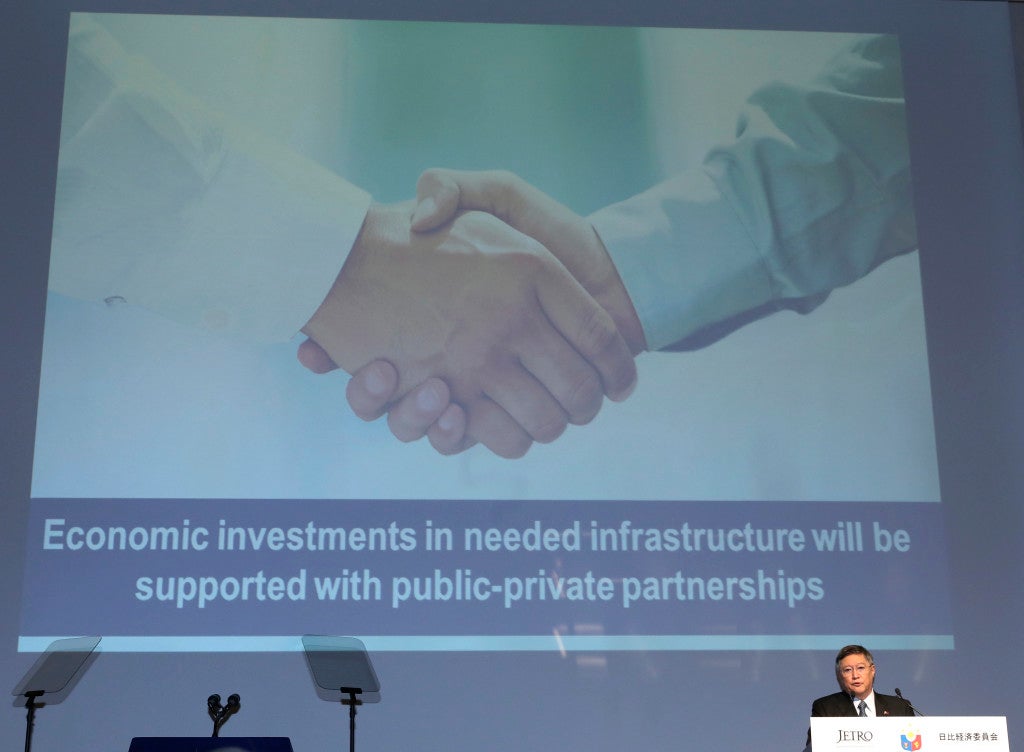 TOKYO—Japanese businessmen are looking forward to more investment opportunities in the Philippines with the lifting of certain restrictions stipulated in the constitution, according to Teruo Asada, co-chair of the Japan-Philippines Economic Cooperation Committee.

Speaking at the Philippine Economic Forum, Asada said the group expects the relaxation of the constitutional restrictions on foreign ownership and investments, which have been limiting their investments.

‘The Duterte administration already announced the constitutional amendments through a constitutional convention, and I believe you’re discussing how to practice it,” Asada said.

Finance Secretary Carlos Dominguez, speaking in the same forum, said that the Philippine government would work to amend the economic provisions of the constitution that limit the participation of foreign businesses.

But foreigners would still now be allowed to own land, Dominguez said.

“For the near future, the government has called for a constitutional convention to open up those areas of our economy that are limited by the constitution, with the exception of land ownership,” he said.

READ: Duterte says he is open to increase foreign business ownership in PH

He also said that by next year, it would open up areas of investment that have been administratively limited.

President Rodrigo Duterte is backing the move to amend the constitution, mainly to pave the way for a federal form of government.

He has said that he prefers a constituent assembly over the more costly constitutional convention to effect the changes to the fundamental law of the land.