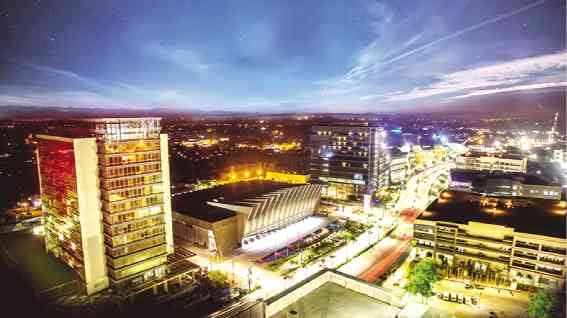 The city of Love is set to wear a new hat.

While a famed destination among tourists be cause of its rich culture and heritage, the City of Iloilo is becoming a highly favored destination among local and foreign investors and locators, all of whom have sought to tap the lucrative prospects offered by the city.

Positioned to be a highly conducive area for doing business, Iloilo City has since piqued the interest of potential investors, most especially after several of the Asia Pacific Economic Cooperation (Apec) meetings have been held there last year, which highlighted the capacity of the province and its people in providing the requirements of industries and businesses.

One developer, however, has long seen the huge potential held by the city, even before the country’s hosting of the Apec.

That realty firm, in fact, has been pouring in fresh investments to build new complexes, structures and a township, which it believed could help boost the potential of Iloilo City to be come a Meetings, Incentives, Conventions and Exhibitions (MICE) destination in the region.

Indeed, the entry of the country’s largest and highly respected property developer Megaworld Corp. has helped put the province in a better  position to take on a more crucial role towards nation building and to become a more significant contributor to the country’s overall economic growth.

Known for developing large scale integrated urban townships, Megaworld’s commitment to develop the province as the next top destination not only for tourists but more so for investors started with the company’s acquisition and development of a 72-hectare lot which is currently being developed into a first-class live-work-play community.

The initial phase of development saw the establishment of the Department of Tourism’s Iloilo Convention Center (ICon), which stood on a 1.7-ha lot donated by property giant Megaworld. This facility is strategically located right within the upcoming modern financial center that the company is now building in the province.  The Iloilo Convention Center is now open to all exhibitions both local and international conventions.

But what makes Megaworld’s entry into the province even more promising was due to its vision and commitment to build Iloilo City’s modern future financial center. 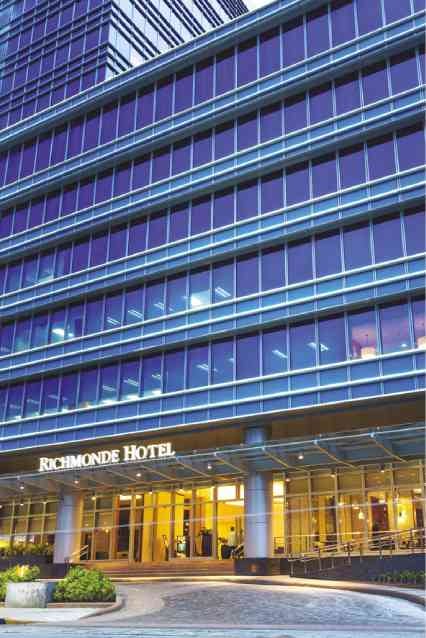 And with the entire area almost sold out, it won’t be far too long before a complete transformation of the province into a highly desirable financial hub can be achieved.

With an interesting mix of locators and investors, the Iloilo Business Park is set to welcome various banks, companies, local enterprises, offices and even the micro, small and medium sized enterprises (MSMEs). Nine hectares of the entire township have been allocated for the commercial district.

“There has been a strong interest from various sectors, particularly financial and banking, to establish their businesses in Iloilo Business Park. Since we announced the township being envisioned as Iloilo City’s new central business district or CBD, everyone wants their presence here,” explained Iloilo Business Park Marketing Head Jennifer Palmares-Fong.

The said commercial district, which will rise within the southern part of the township near the iconic Iloilo River, is envisioned to be one of the busiest districts in the park once it’s completed.

“Aside from banks and financial institutions, other commercial businesses like car and furniture showrooms as well as regional headquarters of corporations are welcome to the financial district of Iloilo Business Park,” Palmares-Fong added.

It should also be noted that the entry of Megaworld did not only see the construction of critical infrastructure and developments that will boost economic activities in the province. It also saw a steady appreciation of land values within the area, thus ensuring a wise investment.

According to Megaworld, the company started selling the lots at P47,000 per square meter in 2013. Today, the lots, which ranged from 611 square meters to 1,735 square meters, are now sold at P70,000, up 49 percent from its original price a couple of years ago.

What was the former site of the Old Mandurriao Airport is meanwhile being developed become the biggest business, lifestyle and tourism hub in Western Visayas. The park will also be home to two business hotels, Richmonde Hotel Iloilo which was opened in time for the hosting of Apec meetings last year, and the Courtyard by the globally renowned Marriott group.

Last year, the 149-room Richmonde Hotel Iloilo was also given the same accolade as ‘Highly Commended’ for Best Hotel Interior Design at the 2015 Philippines Property Awards.

“Having two award-winning hotels in Iloilo Business Park is a testament of how Megaworld has alleviated the standards of hotel lifestyle in Iloilo City. This is a first-class city that deserves first-class hotels,” said Megaworld Senior Vice President  Jericho P. Go.

“Iloilo City is now ready to host huge local and international conventions and events because these two award-winning hotels sandwiching the Iloilo Convention Center will be able to provide the amenities and services that visitors and guests deserve. We see Iloilo City as the rising MICE destination in the country,” Go added.

Much like the property giant’s previous developments, the Iloilo Business Park will feature state-of-the-art BPO office towers; luxury residential condominiums including The Palladium, the tallest residential tower in Western Visayas; the Festive Walk Mall; and The Street of Festive Walk, a 1.1-km commercial and retail strip.

Indeed, only better things can be expected ahead with the active presence of Megaworld.

As this prime real estate developer continues with its proposed projects, it will no longer be surprising to hear the City of Iloilo becoming the next best destination not only for investors but also for potential homebuyers. The province is definitely in for a complete turnaround, one that is centered on quality progress and inclusive, sustainable growth.

Read Next
Rockwell Land’s Tong Padilla continues to inspire
EDITORS' PICK
Smart offers wireless fiber-like speeds to Filipino homes with country’s first 5G Prepaid Home WiFi
NGCP transmission tower in Lanao del Sur bombed
Legarda: Ending Violence Against Women, a cause for all
DOH: Booster doses for fully vaxxed adults to start December 3
Omicron: What science knows so far about latest Greek-lettered COVID variant
This new condo in the South will make you want to turn a new leaf
MOST READ
‘Maski na hindi ‘yung mga bright’: Duterte urges public to elect new leaders
Pacquiao to voters: If you can’t vote for me, then don’t vote for a corrupt candidate
Roque defends Bongbong Marcos: ‘He was only 15 years old in 1972’
Another disqualification petition filed against Bongbong Marcos
Don't miss out on the latest news and information.