Replenishing the Filipino food basket and decongesting our cities 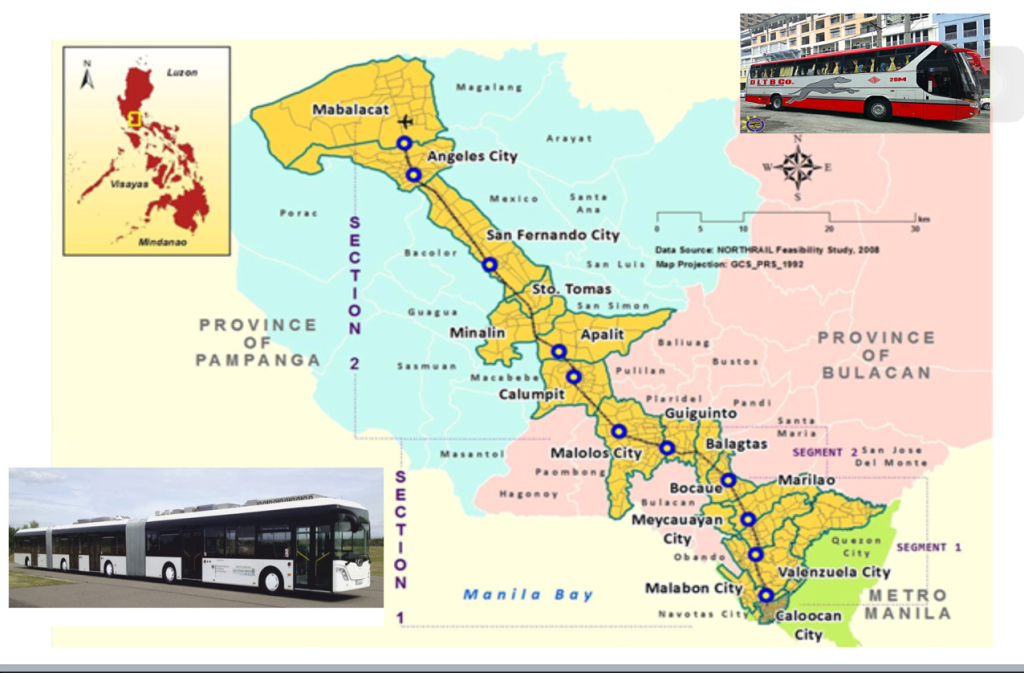 For centuries the Filipino farmers and fisher folks have been woefully neglected and marginalized by our political leaders. As a consequence, the average age of our famers is now more than sixty years old. Because of their marginal income, their sons and daughters have been abandoning the country’s farms, posing a real and present-day danger to the country’s food security.

The long promised farm-to-market roads have been talked about for decades without any real tangible results. Consequently, between farm and sea gate prices, the difference ranges from 400 percent to 1,000 percent. Thus, our farmers and fisher folks remain poor, while our food prices remain high.

Between farmers and consumers is a sector that enormously benefit from our inefficient transportation and distribution system. They are called the Viajeros or Middlemen. In many ways, they have kept hostage our farmers, fisher folks and the rest of us as food consumers for decades, if not centuries. These middle men form very powerful cartels that have remained unbroken and tolerated by politicians in the past.

Can the fast and furious new government, aided by its resolute cabinet secretaries, break our cartelized food supplies and prices? They could be a disappearing unnecessary breed  —if the proposal of Filipino inventor Francis Yuseco, registered as far back as 1989, will finally be given the recognition it has long deserved.

In the early 1980’s , Yuseco and other officials of a major investment bank acted as conduits for multilateral financial institutions such as the World Bank International Monetary Fund (WB -IMF), the Japan International Cooperation Agency (Jica) and the Overseas Development Assistance (ODA) and other Export Credit Facilities (ECFs).

They were all later traumatized by the collapse and closure of numerous dollar earning and export oriented companies which availed of these foreign currency loans. Yuseco who has two other inventions (The Karbrella—a potable car umbrella and Water Weeder—a garden device for extracting garden weeds) swore that he will conceptualize, develop and eventually operate a Philippine home-grown mass transit system to mass transport not only people, but agri, fisheries and other cargo products as well.

This commitment stemmed from Yuseco’s own personal experience and acquired knowledge as an international investment banker—that all foreign currency denominated loans are structurally designed to make them impossible to pay.

The effective interest rates of all these foreign currency loans average between 200 percent to 400 percent per annum. These loans are the perpetual scourge of our country and they all remain unpaid from one generation to the next ad infinitum. 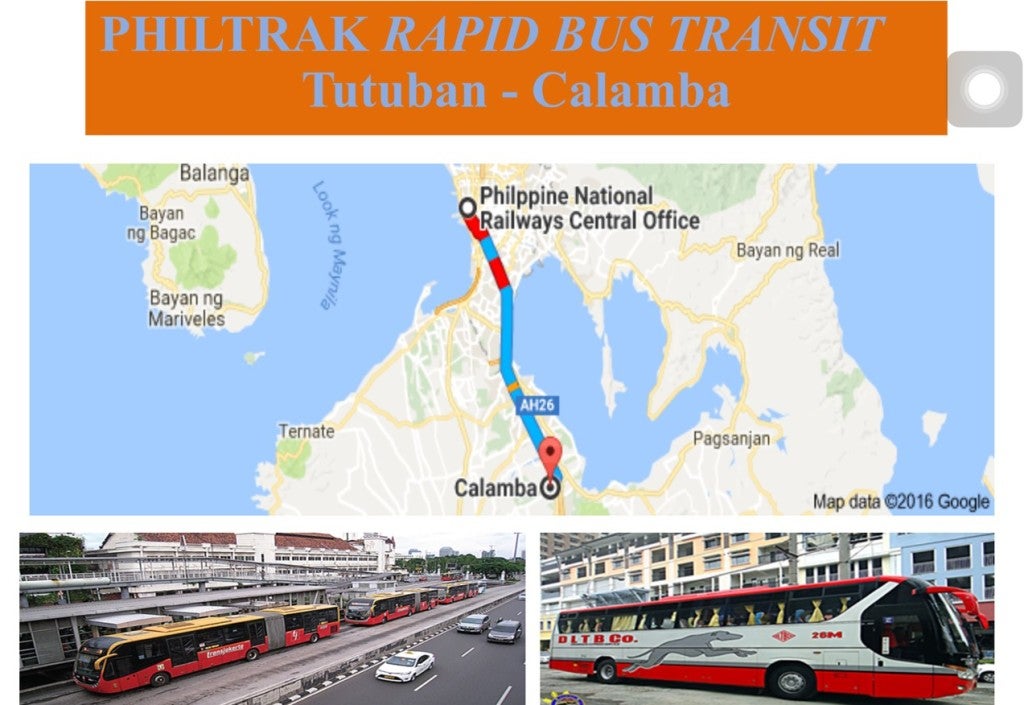 Thus, if export oriented and dollar earning companies cannot absorb the tsunami of foreign currency risks, what more major infrastructure projects of the country which earn only in Philippine pesos and are extraordinarily sensitive to any upwards price adjustments—water dams, power plants, mass transit systems, etc.

Having been a traffic and transport analyst for on major holding company which owned the largest bus company in the Philippines, Yuseco concentrated in the conceptualization and development of the country’s home-grown mass transit system, intended to marginalize our dependence on foreign loans and technologies.

He then applied a case method study approach which defined his goals of mass transporting people, agri, fisheries and other cargo products without resorting to foreign loans and technologies.

The result—a Filipino invention called the Philippine Track Rapid Transit (PRT) system. When he first approached the DOTC headed then by Sec. Rainerio Reyes, he was given all the encouragement. However, Sec. Reyes advised him to have his computations validated by the University of the Philippines Transport Training Center (UPTTC) which is now the National Center for Transport Studies. 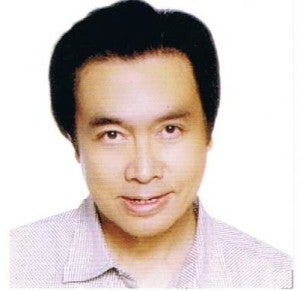 Armed with the UPTTC study, Yuseco again approached the DOTC. Unfortunately, when he went back, Sec. Reyes had resigned. Replacing him was former Executive Secretary Oscar M. Orbos.

By that time, the EDSA MRT consortium was already in place. It didn’t take long for the home-grown Filipino invention to be rejected by Sec. Orbos for being allegedly “unproven, merely theoretical and with a limited systems capacity.”

There were no search engines yet 1989, to know that a similar, albeit limited system, was already successfully operating in Curitiba, Brazil. This was known as the Rede Integrade de Transporte (RIT). The RIT then and even now, was confined to mass transporting only people and operated essentially within the city perimeters.

The PRT on the other hand, was designed for both inner and outer city operations to mass transport not only people, but agri, fisheries and other cargo products as well. Thus, it can never be said that Yuseco copied his invention/innovation from Curitiba’s RIT system as no one in the Philippines knew of its existence until the latter part of 1996.

Rejected for Edsa, Yuseco then focused his sights on the unused excess lanes of the Philippine National Railways (PNR). Unfortunately, the then PNR high echelons never gave it the significance the PRT has long deserved.

Renaming the PRT now as the Integrated Intelligent Trackways (Intel Track) that can be immediately also installed in Mindanao and Visayas within eight months to a year, Yuseco believes that the current leadership will allow its immediate installation within the unused excess lanes of the Right of Way (ROW) of the PNR. Within the PNR ROW, the Intel Track can become operational by 2017.

Along the route, new and vibrant Economic and Industrial zones, Farm Estates with Post Harvest Facilities and Public Markets, Autonomous and Self-sustaining Townships will be built.

Our farmers and fisher folks will be provided their own refrigerated and none refrigerated vans and will be the first beneficiaries of the Intel Track. They will now enjoy an unprecedented increase in their income by as much as four to five times. Subsequently, food prices for consumers, which is the rest of us, will also go down.

Once the informal settlers living in dirty, congested, crime and drug infested slum areas in our cities hear and learn that our farmers and fisher folks are now enjoying exponential increase in their income, Yuseco expects the wave of reverse migration to start.

Tourism will also boom as travel to and from any point along the PNR ROW will be seamless, economical, comfortable and even luxurious. Local and foreign tourists enjoy traveling in brand new fully air-conditioned articulated and double deck buses, equipped with Captains seats with eating trays, info and entertainment channels, wifi, etc.with clean wash rooms and toilets served by well-trained stewards and stewardesses.

Examples of travel times to the following destinations can now be estimated with confidence and ease:

There will be an enormous change in the Filipinos lifestyle. Office workers can just go to the nearest PNR/ Intel Track station and arrive at Makati City in 15, 30 or 45 minutes depending on their respective travel origins.

All these can happen by 2017 while the DoST keeps on improving the development of the Philippines own Railways which Yuseco is also unconditionally supporting.

Finally, he states that he has no problem calling his invention as an innovation albeit he nor the UPTTC nor the DoTC all did not know of the Curitiba, Brazil Rede Integrade de Transporte in 1989.

In any event, the Intel Track is will forever transform the Philippines into a much more dynamic country and better place to live. From its installation, our farmers and fisher folks will become empowered. Their relatives living within the congested areas of the cities are expected to migrate back to the countryside.

There will definitely be the much sought trickle down effect on the economy. Eventually, the wave of reverse migration will become unstoppable. The cities of the entire country will as a matter of course, be decongested.