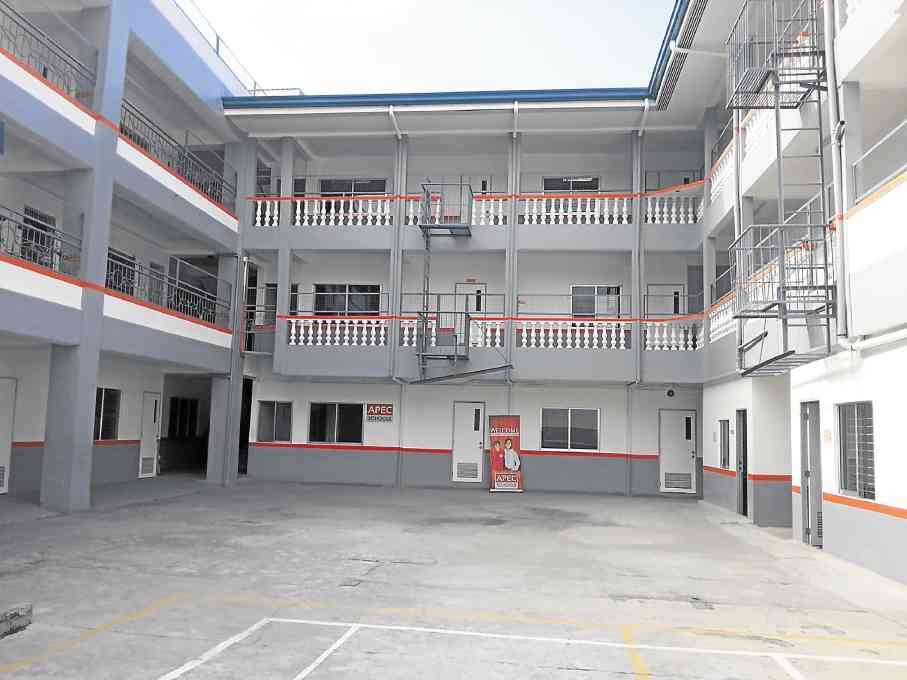 THE CONFIDENCE to do what she wants to do is what 22-year-old high-school graduate Divine Guittu treasures most from her two years of schooling under Ayala Education Inc’s (AEI) Learning with Industry Collaboration (LINC) program.

It was an experience that she described as something that also “made me trust myself to do things even though they seem hard.”

In an interview, Guittu, who joined LINC’s pioneer class in 2013 after graduating from a public high school, said the program also helped quell her fear of “trying new things, entering a new world, and meeting new people.”

Despite not being able to earn—yet—her degree, Guittu now monitors admissions for AEI’s Affordable Private Education Centers (Apec) Schools as a data analyst, a white-collar position usually offered to those with a college education.

Guittu’s job allows her to support her parents and younger brother, who is studying Culinary Arts at the Eulogio “Amang” Rodriguez Institute of Science and Technology (Earist) .

Such employment opportunities await underprivileged students in Apec Schools, which this year rolled out their senior high school program.

In a briefing, Alfredo Ayala, AEI’s chief executive officer, announced that Apec’s 27 campuses in Metro Manila, Batangas, Rizal and Cavite now have 10,300 enrollees—exceeding the target of 9,000 students by July.

All Apec campuses offer LINC both to junior and senior high school students, a program which focuses on “bringing real-world experience to the classroom,” said Ayala.

By collaborating with companies in sectors such as business process outsourcing (BPO), information technology, banking and finance, as well as service, Ayala said that through LINC, the group was able to offer a curriculum which would train students in solving problems they could actually encounter once they start working in these industries.

“So instead of learning Trigonometry by memorizing formulas, the students instead are asked, for example, to build a bridge,” Ayala said.

He added that instead of teachers, what Apec has are “learning facilitators” who are just there to guide the students.

“In effect, the students have to teach themselves,” Ayala said. To make the learning experience more fun, Apec Schools “gamefies” classes by role-playing; a student’s customer service skills, for example, could be tested by having him or her be a bank teller who has to deal with a variety of difficult clients; or they could be asked to process business loans or lead IT teams. 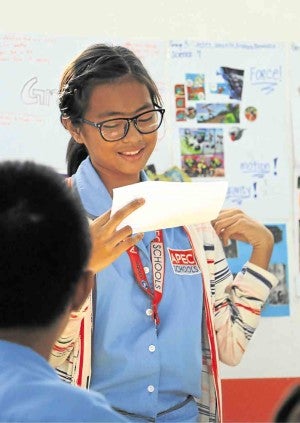 For senior high school students, the only strand which Apec Schools is offering is Accounting and Business Management, which is under the DepEd-approved Academic Track. Ayala said they chose to focus first on this strand since it was the strength of AEI’s employer-partners.

There is also much emphasis placed on improving students’ mastery of the English language by having them speak it at all times inside the campus, said Ayala.

“I think the best comment I’ve gotten about this [from a student] is, ‘Sir, this isn’t just nosebleed. It’s internal bleeding!” he said.

Of course, since providing “affordable quality education” is AEI’s top priority,  tuition is effectively free for senior high students enrolled in the afternoon shift, since it’s equivalent to the DepEd-provided vouchers, or P22,500.

Others with vouchers who are enrolled in the morning shift need only pay an additional P10,000. (Afternoon shift students have Saturday classes since their weekday hours are shorter.)

Another bonus, both for students and their parents: No homework.

“We’d rather that they spend their time out of school doing other things important to them, such as spending time with family,” said Eva Nato, Apec Schools’ marketing communications manager .

Ultimately, what AEI aims to accomplish, said Ayala, is to “bridge the gap between the academe and industries.” 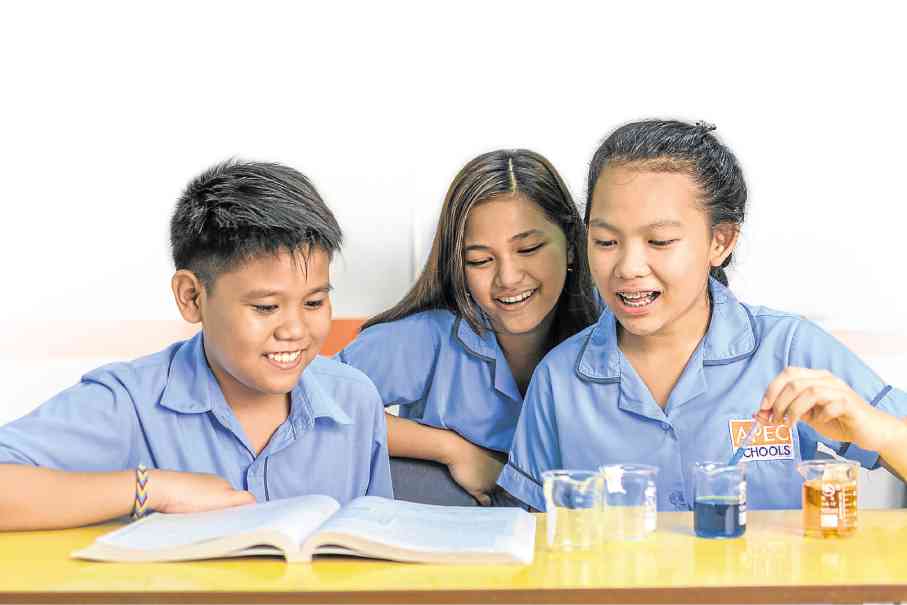 APEC students are encouraged to learn by doing, and are mentored not by teachers but by “learning facilitators”

“This is why we’re very supportive of the government’s K-12 program. As employers, we know the importance of those extra two years [in finding qualified employees],” said Ayala.

Guittu agreed, saying that her two years of LINC education made a world of difference.

“Had I not taken up LINC, I would probably just be at home, because that was what I was doing before joining [the program],” said the Tondo, Manila resident.

As for college, she said it was still in her plans—but her plan to take up BS Accountancy might still change.

“After my experience with LINC, I’ve started thinking of becoming a Math teacher instead,” said Guittu.

Read Next
How to position after the ‘Brexit’ vote?
EDITORS' PICK
Cherry Mobile teams up with Cloud Panda PH, launches online store
DOH: COVID-19 mortality doubling time, transmission rate down
Someone from the Philippines can become $356 Million richer this Tuesday
Leveling up your ‘lutong bahay’ with the kitchen companion you never knew you needed
Congress urged to extend session for approval of COVID-19 response bills
Amid protests, Trump talks of war — and reelection
MOST READ
‘If I had not been SolGen, I will make you eat your words,’ Calida tells Coco Martin
51 percent of German firms holding back investments in PH, but not because of COVID-19
Chaos as thousands return to work in Metro Manila
Restaurant dine-in operations approved in MGCQ areas
Don't miss out on the latest news and information.