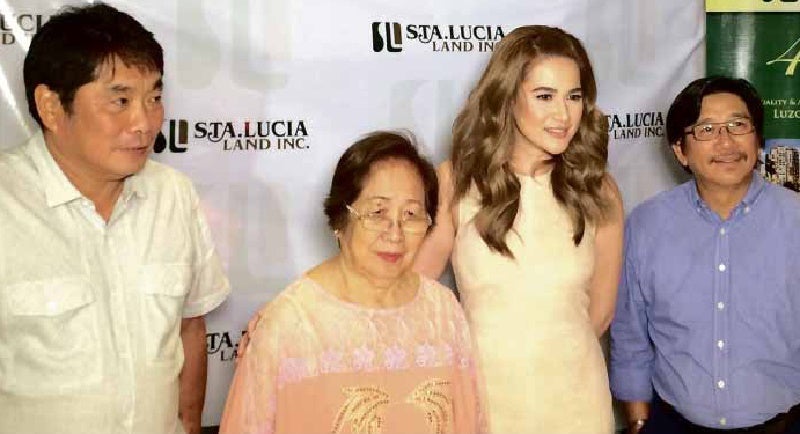 One of the most exciting industry news happened late last year when Sta. Lucia Land Inc. (SLI) successfully raised P4 billion worth of unsecured fixed-rate peso bonds. This is a first for the 44-year-old property giant.

“That was a major milestone in our group’s over four decades of history in the real estate market. With our listed status in the equity and now in the debt market, we are now in a very good position to enhance the right hand side of our balance sheet to achieve a more aggressive yet sustainable growth over the years,” said David dela Cruz, EVP and chief financial officer of SLI.

A member of the Sta. Lucia Group, SLI is now considered as the country’s biggest real estate  developer in terms of combined land area—totaling 10,000 hectares.

He said that unlike in the past years, SLI will now aggressively pursue expansion.

He added that while SLI will still be sticking to its core business of developing and marketing horizontal residential and commercial real estate nationwide, it will now strengthen its other complementary assets such as expanding its retail commercial portfolio.

Dela Cruz explained: “The new driving force in real estate development has become the so-called ‘mixed-use development.’ This type of development is not just putting up commercial, retail and residential components in one location but rather, mixing them seamlessly. These types of developments try to bring together the uses that people want in order to live, work and recreate in the same general area.”

To help SLI convey this to its target markets, the company again teamed up with young award-winning actress Bea Alonzo.

This is the second straight year that the 28-year-old actress was named official brand ambassador for the company’s over 210 real estate projects.

“As you all know, I only endorse products and companies na pinaniniwalaan ko (I believe in)—and Sta. Lucia is one of them,” said Alonzo who years ago (before becoming a brand ambassador) bought an SLI property in Pasig City as well as invested in one of the company’s premiere condo-hotel developments in Tagaytay City.

“Bea as a brand ambassador comes as a no-brainer since the actress fits very well the company’s brand image. She’s the type who would strive hard to fulfill her dreams and do whatever it takes to get what she wants. Unlike a number of millennials, she is wise enough to invest in her future,” said SLI president and CEO Exequiel Robles during the contract signing held in Quezon City.

Dela Cruz noted that as the country’s population moves both from the old central business districts to more suburban locations and from larger suburban homes to “down-sized units,” there becomes a new demand for residential developments that incorporate retail, restaurant and entertainment venues.

Dela Cruz said: “This is why SLI is continuously going into key cities nationwide like Dagupan City, Calabarzon area, Iloilo, Cebu, Palawan, General Santos City and Davao in order to lay the foundations for

future mixed-use developments. While other companies are also starting to go to the areas where we already have developments, we are proud that we already established a strategic foothold in several of these locations and other second- and third-tier cities. This is where our strength lies.”