Building the firm of the future through inclusion 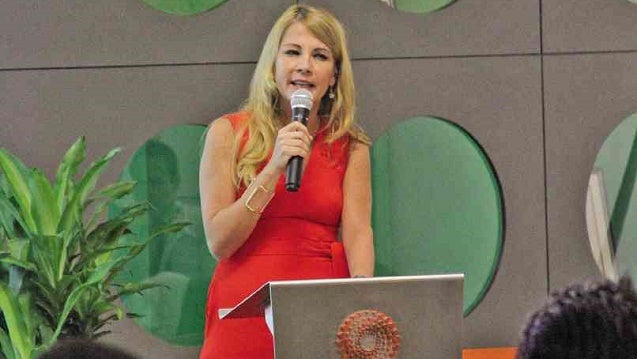 In recent years, businesses have made greater efforts to create more diverse, inclusive workplaces and have lent  their voice to human rights-related causes from increasing women’s participation in the workplace and achieving equal pay for women, supporting marriage equality, transgender inclusion, and LGBT rights, to empowering local leaders.

Why should businesses care more about diversity and inclusion?

Various studies have shown that companies that embrace diversity and inclusion don’t just see an increase in employee engagement or morale—these commitments also translate to better business and economic performance.

Gender diversity accounts for an increase of nearly $600 million in sales revenue on average, and can increase an organization’s economic performance by as much as 2.2 times for profitability.

Moreover, companies in the top quartile of executive-board diversity outperform those in the bottom quartile by more than 53 percent in terms of return on equity.

At Thomson Reuters, we believe that diversity and inclusion should be at the center of every organization.

One of our recent initiatives was the Diversity and Inclusion Forum at our Manila office. Hosting this forum gave Thomson Reuters Manila the opportunity to bring together our industry networks, partners in industry associations, government, and academe to discuss the business case for investing in diversity and inclusion; share best practices, and engage our peers in conversation on what the future of a diverse and inclusive workforce in the Philippines could look like.

The forum brought to life our corporate responsibility and inclusion commitment to partner with our customers and peers and provide a platform for thought leadership on issues that greatly impact the industry and society in general. 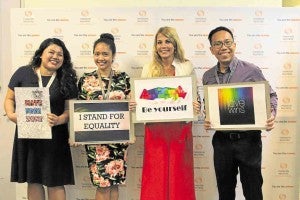 During the forum, Patsy, who is based in New York but travels the world as our D&I ambassador, shared the beginnings of diversity and inclusion at Thomson Reuters and highlighted the business case for continuously investing and improving a program that eventually evolved into a movement and a growth strategy for the company.

“When we started this journey four and a half years ago, there was a lot of activity on diversity, but we didn’t have a global, comprehensive, and strategic approach,” said Patsy. “How do we define diversity? In our view, diversity is about diversity of thought, style, experience, and approach, more than anything else. It’s really about getting the best minds in the room to drive the best ideas and build the company for long-term success and for sustainable innovation.”

Patsy also highlighted the importance of employee training, policy development, and employee engagement in creating a workplace culture that encouraged and embraced diversity and inclusion.

Some of the initiatives that Thomson Reuters has put in place include diverse candidate slates and diverse interview panels, diversity in succession planning, unconscious bias and cultural fluency training, resources on micro-aggressions, and diversity and inclusion courses integrated in management and leadership programs.

“We can put in place as many programs and policies as possible, but if the culture doesn’t support it, it’s simply not going to work. We’ve spent a lot of time educating and raising awareness among our managers and leaders and holding them accountable for their contribution to diversity. There also has to be a balance between the culture and the programs in order to achieve success,” she added.

For ANZ’s Mark Woolfrey, diversity and inclusion programs were part of building a community within the market—one that mirrored its beliefs, lifestyles and realities. “Diversity is about life experiences and perspectives, and it helps us forge a strong connection with the communities in which we live,” Mark said. “Our workplaces must reflect the communities that we operate in, otherwise we won’t be successful.”

One of the key areas that our organizations have been working on is ensuring that we provide a safe workplace for our lesbian, gay, bisexual, and transgender employees.

ANZ and Thomson Reuters are founding members of the Philippine Financial Industry Pride, a coalition of financial companies committed to promoting diversity and inclusion in the workplace established three years ago. Both of our organizations have instituted domestic partners benefits, allowing our employees to list their partners as beneficiaries in their healthcare, life insurance and retirement plans.

All three organizations also regularly commemorate the International Day against Homophobia & Transphobia (Idahot) and local celebrations such as June Manila Pride. Mark added that as part of their commitment to their LGBT employees, they sent recently two Filipino employees to represent the ANZ Manila team in Australia for the annual Sydney Gay and Lesbian Mardi Gras Parade.

Thomas said that for this year’s Idahot, Telstra invited a resource person to talk about mental health and how it related to the welfare of both LGBT and non-LGBT employees.

“One of the principles that we have, particularly when it comes to diversity and inclusion, is that everybody has to be involved. We don’t round up a group of people to talk about women and another to talk about LGBT,” said Thomas. “Everyone’s a part of making Telstra more diverse. It was a good way to get more people involved because mental health is something that affects everyone, but has a greater impact on the LGBT community.”

As part of its efforts to support women in the workplace, Thomas talked about the program Brilliantly Connected Women, which aims to create opportunities for women in the organization through skill and capability development, networking and mentoring, and various events to improve diversity. He also explained how Telstra had introduced White Ribbon, which aims to raise awareness on violence against women.

For Thomson Reuters, Patsy talked about the evolution of gender diversity from a human resources issue to a financial issue, one that now impacted investment decisions.

“Gender diversity actually impacts the bottom line and stock valuation. Investors are now making decisions based on how many women are on the board,” she revealed. “I know of a large investment bank which would not invest in a company or a fund unless there are at least three women on the board.”

Patsy also said that she was finding herself spending more than half her time talking to investors around the world about Thomson Reuters initiatives on gender equity, sustainability, and corporate responsibility.

In addition to investors, customers and millennials were also paying more attention to diversity and inclusion, driving what Patsy called a “triple revolution.” The revolution is the convergence of millennials, women, and positive investors poised to manage the world’s assets within the next two decades amounting to roughly $60 trillion, and 70 percent of that amount will be managed by women.

At Thomson Reuters, we believe in preparing women for leadership positions and supporting emerging women leaders for this upcoming revolution.

In the Philippines, we partnered with women’s groups from HSBC, Wells Fargo, ANZ, and Deutsche Bank to launch the Women Inter-Industry Network (WiN), which aims to provide an environment supportive of the growth and influence of women in business; promote awareness of women’s rights and workplace equality; present an avenue for knowledge sharing for organizations; and support the professional and personal development of women in business through mentoring and coaching.

While women in the Philippines enjoy equality in terms of opportunity for and participation in professional and technical positions and are close to parity among legislators, senior officials, and managers, labor force participation continues to be unequal.

Since we first committed to pursuing diversity and inclusion in the workplace five years ago, Thomson Reuters has seen an increase of 15 percent in the hiring of women at the director/vice president level on a global scale. We have also seen female representation at the director/vice president level hit 31 percent. Female representation in senior executive roles hit 29 percent globally.

As Patsy explained, the organization’s various initiatives for women led to Thomson Reuters trending higher than the Fortune 500 average for female representation in entry, manager, vice president, and C-suite levels.

The future of diversity and inclusion programs lies in creating more opportunities for persons with disabilities. ANZ leads in this space as Mark shared best practices from working with a nongovernmental organization to help them find PWD candidates, to utilizing technology for speech-to-text software, to ensuring accessibility by making sure that automatic doors and ramps were available.

ANZ also employed translators for town hall meetings and conducted disability sensitivity workshops and Filipino sign language training for its own employees. Today, ANZ has employed 42 persons with disabilities, who are now working at its contact center.

Mark hopes to replicate the LGBT network’s success, this time for persons with disabilities. “If we can take the concept of Financial Industry Pride, which has been enormously successful in creating awareness and putting the welfare of LGBT employees at the top of the agenda of financial services companies in the country, and extend it out to people with disabilities, I think that would be huge for the Philippines,” he said.

Patsy said that Thomson Reuters was now looking at various ways to encourage diversity and inclusion from recruitment to retention to promotion, which includes mandatory diverse interview panels, blind resumes, building communities and increasing participation in coalitions, and encouraging LGBT employees to self-identify, to help them build a network of LGBT leaders and track the organization’s progress in terms of LGBT inclusion.

Patsy also announced the soon-to-be-available Thomson Reuters Diversity and Inclusion Index, which she hopes would become the new standard for organizations looking to invest and improve their own diversity and inclusion programs.

“For the Index, we’ve taken environmental, social, and governance data from 5,000 companies across the world. We’ve narrowed it down into a set of variables to define the most effective, diverse, and inclusive environments, with the goal of narrowing it down to the top 100 companies,” she said.

The D&I Index will not just guide investors; it will also help companies understand how they can improve their scores on a granular level, and direct their  aspirations towards targets and goals that will make a positive difference in how a more diverse and inclusive workplace will look like in the future.