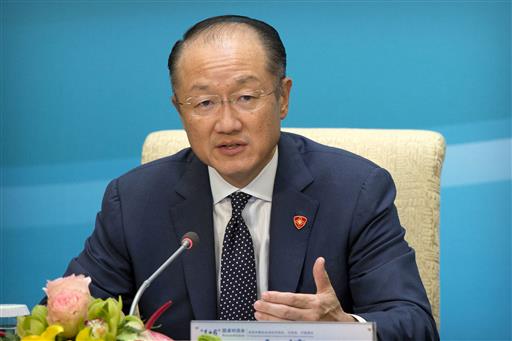 WASHINGTON—The World Bank on Thursday adopted a new set of policies aimed at preventing its projects from harming people and the environment.

The global lender dedicated to fighting poverty — whose commitments rose to more than $60 billion this year — said the new environmental and social framework had involved the “most extensive consultation ever conducted” by the bank.

“These new safeguards will build into our projects updated and improved protections for the most vulnerable people in the world and our environment,” World Bank President Jim Yong Kim said in a statement.

The Bank last year acknowledged that its projects had sometimes resulted in forced population displacements. World Bank projects in regions around the world have been accused of underwriting human rights abuses.

The new rules are to take effect in 2018 and will require client states to conduct a “broadened social assessment and management of environmental and social risks,” to guarantee labor rights and prohibit any form of forced labor.

Projects will have to reduce environmental harm and avoid large-scale population displacements, according to the new policy.

While welcoming some improvements, Nadia Daar, head of the Washington office at Oxfam International, said in a statement that her organization was “frustrated and disappointed” that the new policy had not gone further.

The Bank Information Center, an organization which lobbies to improve World Bank policies, said the new rules lacked “the strength and clarity that people negatively impacted by development so profoundly depend upon.”

As the latest version of the rules became public last month, Human Rights Watch likewise said it “does not require the bank to respect human rights.”

“We had to find a path down the middle where we can both ensure that abuses didn’t happen and at the same time make it possible for borrowers to borrow,” Kim told reporters in a conference call.

The Bank currently faces a growing number of other actors in global development, including China, seen as placing fewer conditions on financing.